Ask Question
Asked 4 months ago
Active 4 months ago
Viewed 421 times
4
This question already has answers here:
Why do many songs in major keys use a bVII chord? (12 answers)
Closed 4 months ago.

I this post, I received some information on the usage of a flattened-seventh chord in progressions, which, along with the flattened-third, seem to be popular choices in the rock world to add flavor.

I have come across another example, and I could use some help breaking it down. The progression (in B major) is:

Now, I understand that a common technique is to dip into chords from the parallel or relative minor. In the case of B minor, the bVII chord is A dominant seventh, and it is the VII chord (is that redundant? I'm not used to talking about minor keys). In the case of the relative minor, g-sharp minor, the above chord is iidim – A sharp diminished. So, either I am missing something, or there are no clues there.

Another possibility I considered was the secondary dominant chord. In B major, the V chord is F# major. So, the V/V would be C sharp major. So, that can't be it.

Finally, because this chord is featured in a descending bassline that goes: B(I) A#(iii-inversion) A(bVII) G# G F#(V), I could understand viewing it as a passing chord thrown in sort of by feeling and instinct rather than arising from consideration of the functional purpose.

Regarding function, this chord does set up the stage for the V chord nicely. I am not sure if that is a harmonic relationship (if the bVII behaves like a sort of secondary dominant) or if it is just because of the flow of the descending bassline.

I would really appreciate anyone's input so that I can lay this to rest.

This is an interesting progression, and that move from D♯ minor to A major is pretty jarring!

I understand this in at least two ways:

Now, I understand that a common technique is to dip into chords from the parallel or relative minor.

The bVII is probably the most used non-diatonic chord in music. So much so that it’s the only non-diatonic chord included in Apple’s GarageBand chord palette. As for its function there are many different and valid explanations as to why it works. For me one of the most important reasons it works so well is it mimics the parallel whole step movement between IV and V chords, subdominant to dominant in either direction. We are so used to hearing that parallel sound between IV and V chords that it also sounds good and natural going to a I chord.

It is also the V of the relative major of the parallel minor (did I just write that?) Basically in your sample key A goes to D which is the relative major of B minor so it’s also sort of a borrowed cadence. When you go from A to D it’s a similar sound as A to Bm because D and Bm have 2 common notes. You’re just substituting major for minor.

There are other valid reasons, it’s like a subdominant of the IV chord, etc. There is an excellent online article about this chord here that talks about it both historically and theoretically in contemporary music, enjoy!

Not really an answer, but I want to add a diagram to go with @Richard's answer.

I didn't really understand the Schenkerian part, but I found a diagram that made it clear to me... 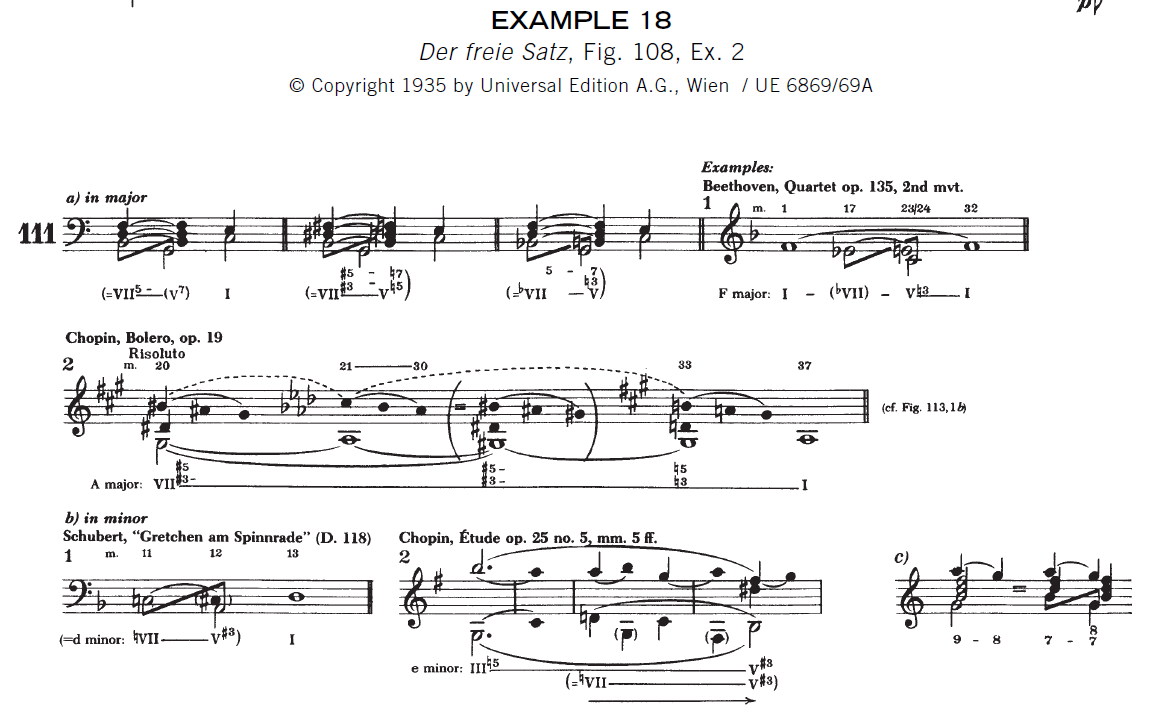 In lots of rock music there are progressions like I V bVII IV :|: I... which can be seen as sequential harmony, or a IV/IV thing. I bVII I treats bVII as a kind of modal substitute of V. But those don't seem the right comparisons. I assume your progression goes ...V :|: I... in which case "unfolding" the dominant seems a much better description.

I've already declared in other answers (to other questions) that I interprete the bVII like a kind of suspension of the V. This theory of mine has been denied by others - but may be I can convince you ...

I can hear the flat 7th (ta-ti) resolving to the 3rd of the dominant (ti) analog to the suspended 4th (do) resovling to the lead tone (ti):

So we have two similar suspensions of the lead tone: from up do-ti, from down ta->ti (whereby I ignore that bVII doesn't contain the root tone of the dominant.

I have no theoretical source than my own impression and my own experience with this phenomenon.

This is possibly a tangential answer, but just to make the point that the flattened seventh arguably has quite a strong relationship to the tonic compared to the major seventh... 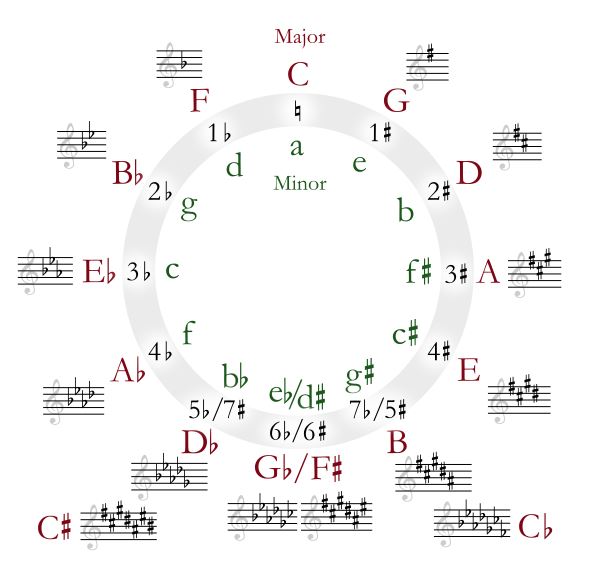 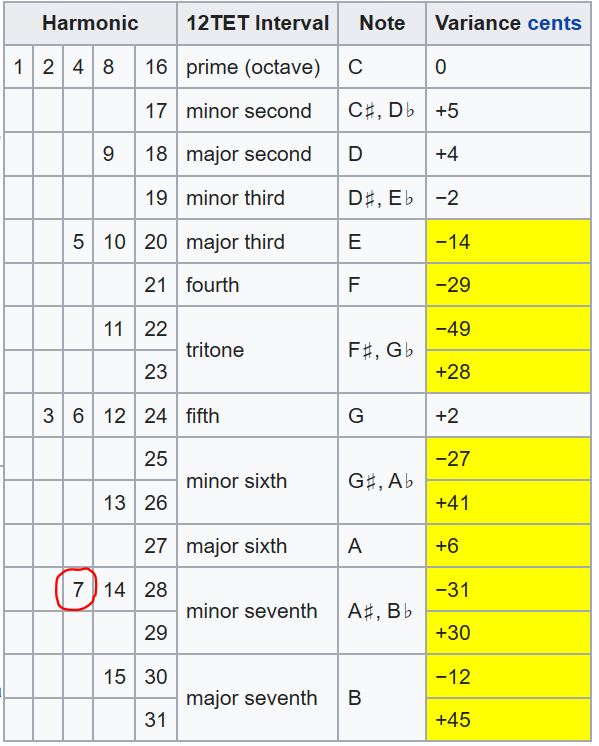 In a way, it isn't news that B is very dissonant with a tonic C - that's part of why it has that 'pull' as the leading note. But I think you could consider that it's the major seventh, and the diminished chord that is built on it in major harmony, that's the 'flavourful' one; the flattened seventh is quite tame and safely 'close' to the tonic in terms of harmonic relationship by comparison!

Just allow ♭VII honorary membership of the 'diatonic' club. It's been used this way in popular music for at least 50 years. Then a whole lot of special-case 'theory' becomes unnecessary.

Not the answer you're looking for? Browse other questions tagged harmony chord-progressions functional-harmony or ask your own question.

40
Why do many songs in major keys use a bVII chord?
8
How come modern modes are based on the same set of intervals?
3
Functional Purpose of Flattened 7th Chord

3
Secondary dominant of a minor chord?
3
Is this an imperfect authentic cadence in a minor key?
3
Why does VII have dominant function in natural minor
5
Melodic minor and the ii chord
5
Using standard Roman numeral analysis how should 7th and 9th qualities be determined?
3
Rationalizing this chord progression (I7-iii-IV)
2
What is this chord in Grande Valse Brilliante?
3
Diminished seventh cadence, is this an IAC or a PAC?
4
Diminished seventh spelling but functioning as an Augmented Sixth?