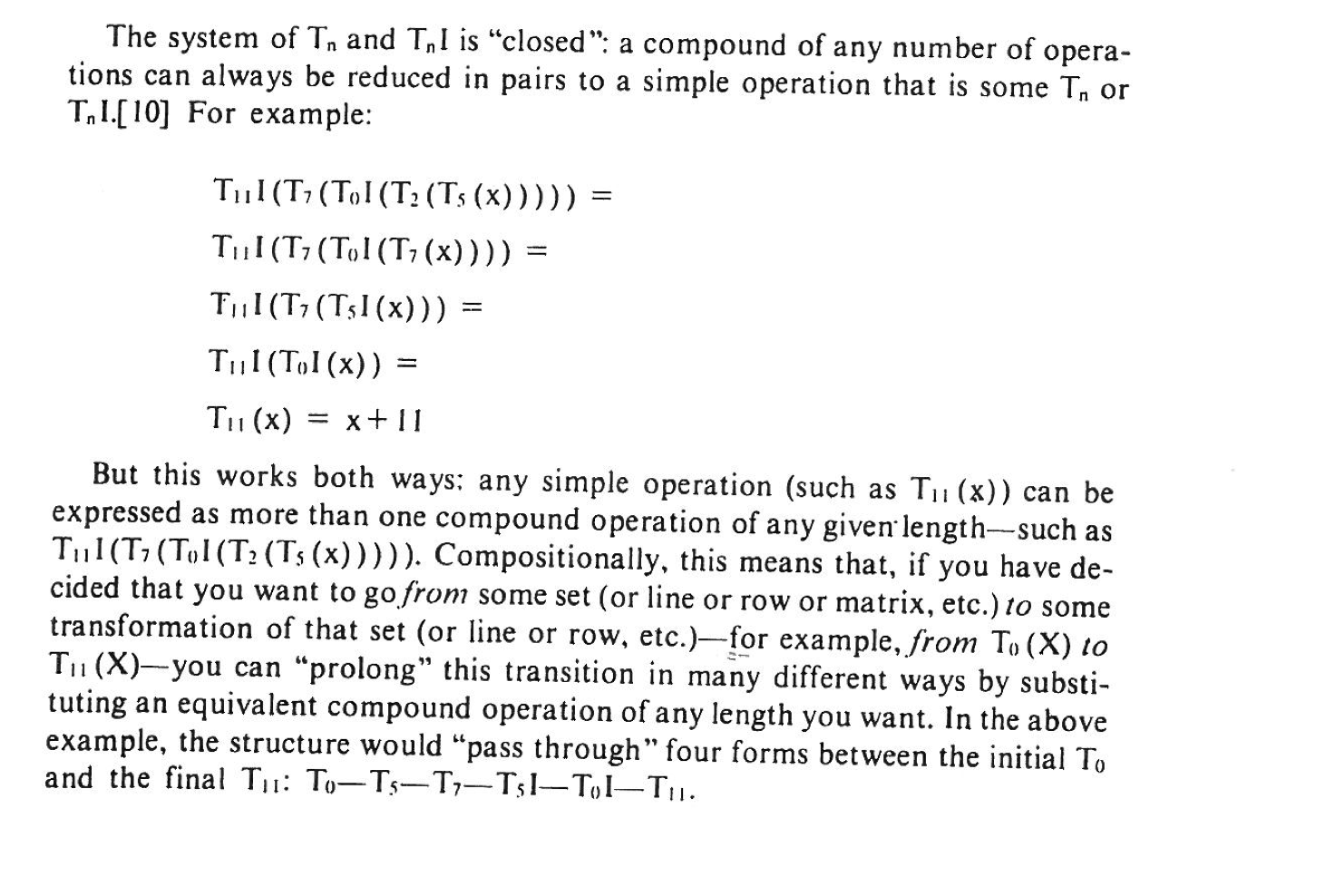 I’m slightly confused by this section of the book.

First, an executive summary:
The primary point of these quoted passages is simply that any sequence of transpositions and inversions, no matter how long or convoluted, is ultimately the same as one transposition or inversion.

So, as discussed in the comments to the question, the meaning of X can be a single pitch class, but, more importantly, X can also stand for a set of pitch classes. We're rarely too interested in transpositions or inversions of a single pitch class, the primary interest is in sets. T5 of PC6 is PCe, because adding 5 to 6 gives 11. But, we can also more usefully talk about T5 of the set [367] as being [8e0]; we just add 5 to each PC in the set to get the new set.

The reason that transposition and inversion are being discussed so extensively is that those two operations are essentially the definition of set classes. A set class is the family of all PC sets that are related by transposition and/or inversion. Any two members of a set class—such as my examples [367] and [8e0] above, which are both members of the set class (014)—will be either transpositionally or inversionally related (in some cases, both). In my example, [8e0] is T5 of [367]. I could just as easily say that [367] is T7 of [8e0].

A final note about pitch class set inversion: the symbol that Rahn (and many, many other theorists) use is TnI, and this is technically two operations, not one. First you perform an operation called I (remember, as Rahn notes, we always go from right to left with our operations), which simply flips a PC set around PC0, then you perform Tn. Nowadays, theorists tend to think of this as a single operation—for example, in the most recent edition of Straus' extremely important Introduction to Post-Tonal Theory he largely eschews the older TnI notation for In notation—and this is generally going to make your life easier when trying to understand these compound operations.

Where Rahn's discussion becomes particularly useful is once we start adding inversion into the mix, which, as he shows, introduces subtraction into the situation. This is where it's initially much easier to just imagine a single PC for X, and only move on to thinking in terms of sets after you get it. TnI of any PC is the same as the PC subtracted from n. For example, T2I of PC 5 is 2-5 = 9. Rahn says it slightly differently (but equivalently): TnI of X is equal to -X + n. -x is just the mod 12 complement of x. So T2I of PC 5 is -5+2. -5(mod 12) is the same as 7, and 7+2 is, again, 9. The same thing looks a bit more complicated when X is a set, but it ultimately works out entirely the same way: T2I of [367] is [78e], because -3+2=e, -6+2=8 and -7+2=7 (the order then gets switched to put the set in normal form, but that's just for ease of identification).

Rahn then notes that when combining multiple operations in a sequence, any pair of operations has to be one of four things:

Let me know if I can further clarify anything.

You might consider to take a look into the chapter on symmetry in D. J. Benson's Music: a Mathematical Offering.

Not the answer you're looking for? Browse other questions tagged theory analysis atonal serial set-theory or ask your own question.