Do we have a name for a melody note that is hold on while there is a chord change?

As can be seen here on measure 23, with the melody playing a D that lingers while the side guitar go from E5 to D5.

The D starts when E5 is being played, but is held on even when the chords change to D5. Do we have a specific term for it ?

That's called a suspension, when a note is released later than expected over a chord change.

I noted the passage below, because I think it's easier to read chord tones/non-chord tones from notation rather than tab... 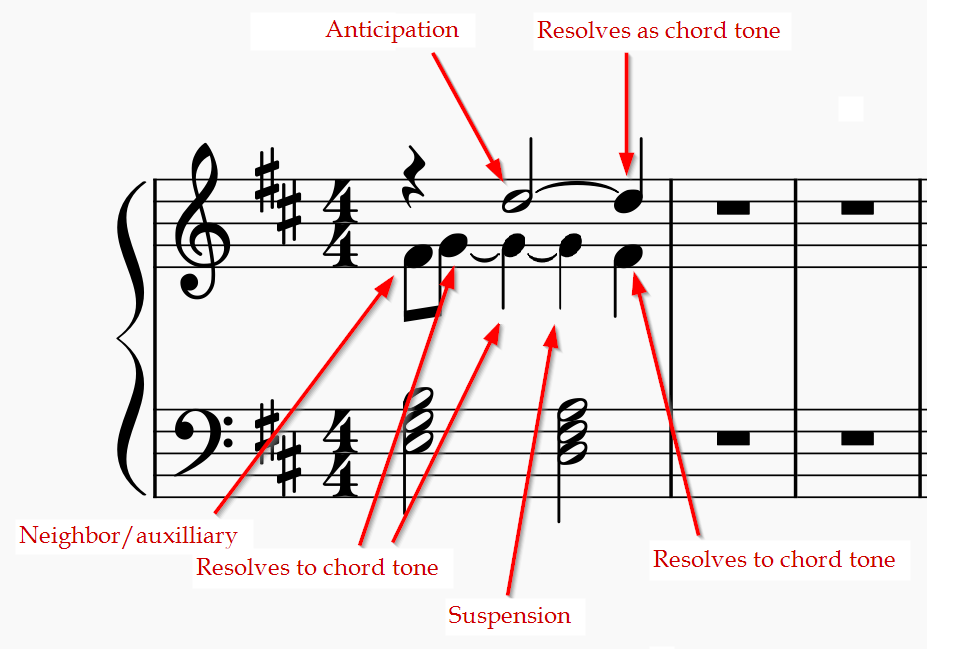 ...I put middle voice F#4 and G4 in tied quarter notes to help demark the metrical points of the melody against the chords of the accompaniment.

The D in question first enters as a non-chord tone relative to the E minor chord of the accompaniment. While the D is held, the accompaniment changes to a D major chord, at which point the D becomes a chord tone. That's called an anticipation.

It's sort of like the D comes in early, before the chord. Supposedly that is the D "anticipating" the chord. I don't know what that wording is used. "Foreshadow" would seem a better description, but "anticipation" is the standard term.

Some might say the D is part of a Em7 chord and therefore not an anticipation. That's a debatable point. The beginning certainly sounds like an Em9 chord, but when it gets to the part marked verse the chords seem more simple triads at which point non-chord tone descriptions seem appropriate to me.