I'm using this module to create percussive patterns with the LFO: 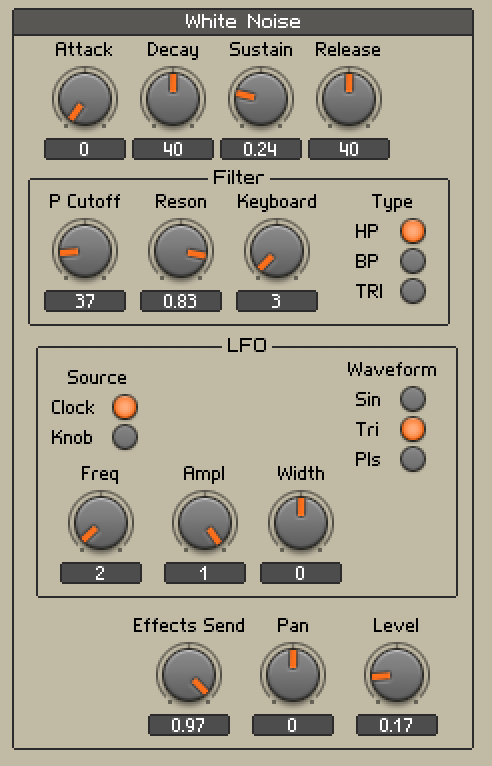 As you can see the frequency can be synced with the clock of the host DAW:

What I'd like to be able to do is to shift the phase of the LFO so that the user could, for example, shift between this:

I believe that "sync" might come into play here, and my understanding of sync would be that when implemented, the start of the LFO wave begins again with every new pressing of the key.

There is a sync input, which, when creates a button control you can set to "toggle".

And a SyncPhase, which I would expect does what I want. It says that with values between -1 and 1, the phase can be shifted between -180 and +180 degrees. 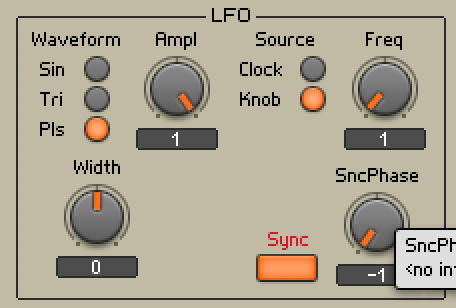 However I am still unable to shift the phasing of the amplitude around the sequencer steps as I want to.

Even stepping away from the DAW clock. I would expect that, with

That with SyncPhase at either -1, 0, or 1, the "on" phase of the amplitude LFO would occur when the gate opens (pressing the keyboard).

It's seems as if sync isn't engaging at all.

As per the (soon to be) accepted answer below, I have updated the way the LFO module is configured so that it's output is multiplied with the oscillator output (as opposed to receiving it at the A input). 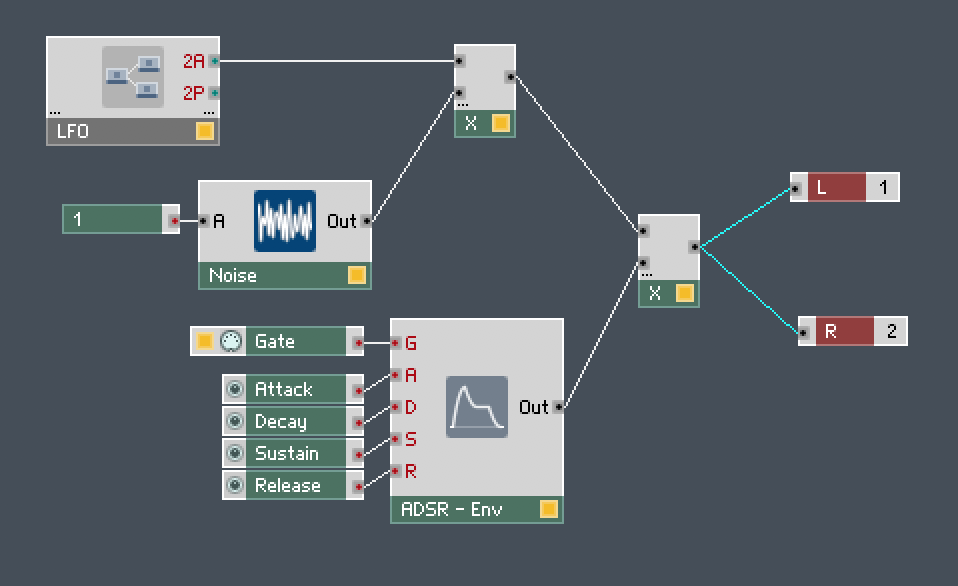 And implemented the recommended module, with the LFO amp knob going from 0 to 1.

However I'm still not getting what I want, where I can shift so that the "on", or 1 phase of the LFO is concurrent with gate opening. Like I would think that

But it still isn't doing that.

The sync inputs of the various oscillator and LFO modules expect an audio signal or another signal that alternates between negative or zero and positive; when the signal changes to positive, the oscillator is retriggered.

The easiest way to sync an oscillator to the MIDI clock is to use the Sync Clock module. Its output alternates between a value that you can set in the properties (e.g. 1) and zero, and you can select whether it follows the clock in 1/4 notes (beats) or 1/8, or 1/16 ...

In this example the Sync Clock signal is multiplied with the value of the Sync button which toggles between 1 and 0, to switch the synchronization on or off. 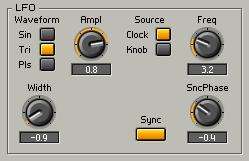 If you want to use the output to modulate the pitch of an oscillator or filter (where a value is alternately added and subtracted from a center value) don't add anything to the output of the LFO (output marked with +). You can multiply this output further down the line, before adding it to a pitch signal, to set the depth of the modulation effect.

If you want the LFO to run at the same frequency as the clock, but sync it to the key presses, you could add another switch module to select between the Sync Clock and the Single Trigger Gate as the source of the sync signal.

Then you can set the tempo of the LFO to either the MIDI clock or manually with the panel knob, select the sync source independently, and use the Sync Phase knob to select which part of the LFO waveform you want to start with when a key is pressed or the MIDI clock changes to positive. 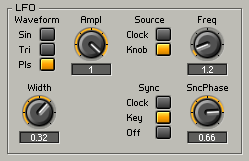 If this is used in a polyphonic instrument, the Single Trigger Gate may not behave as you want it to, in which case you could replace it by either the regular polyphonic Gate module (and make the whole LFO macro polyphonic) or the All Key Gate macro from my answer about portamento.

Not the answer you're looking for? Browse other questions tagged synthesis reaktor or ask your own question.

6
Portamento only when gate already opened

10
What exactly is the "cross modulation" on Roland Jupiter and JX analog synthesizers?
6
How to make a Shepard tone, shape frequency amplitude response in Reaktor
6
Portamento only when gate already opened
6
How do you simplify a guitar note signal so that it's a simple sine wave and sounds "synthy"?
3
Using LFO to Control Amplitude
1
Is an LFO applied to pitch the same as a modulator from an FM synth with a low frequency?