In 4-part harmony, isn't the Ⅴ7's 7th note supposed to resolve by going a step down? If so, because the ⅶ is the substitute of the Ⅴ, shouldn't the ⅶ's 5th note (Ⅴ7's 7th note) also resolve down? 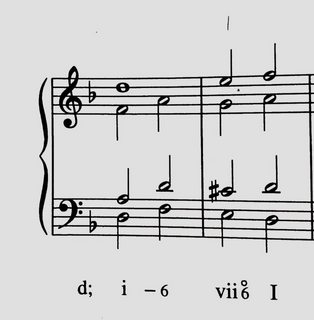 Generally speaking yes, and in particular if this were in the bass then you would have to have quite strong arguments to not resolve it downwards. But in a middle voice, the leading-tone qualities always stand out much less strikingly, so that's usually where the rules are bent in order to smoothen voice leading elsewhere. Presumably, the start of the next bar relies on the soprano coming from the F note (or, d-e-f is simply what the main melody does, can't change that just to cater to some small middle-voice issue!), and another rule is not to double thirds except as a deliberate effect, so that's why you don't give the alto an F there. You could pull it all the way down to D, but both bass and tenor have D already so that's not a good option either. Therefore, the best compromise in this case is to have the alto go up instead of the in itself more natural down direction.

5
What note type in the 7th of a chord? - Music Theory
29
Understanding minor key harmony
3
Does the rule regarding consecutive octaves/fifths actually hold any weight?
13
What is the correct process for deriving the 'mirror' or 'negative' harmony of a progression?
2
Why does flipping not keep nice-sounding things nice?
1
How is this bar an example of the rule given in Tonal Counterpoint text?
4
Chromatic 7th chords going upwards in Beethoven
6
Resolution in Major and Minor Scales
2
Arranging K 545 for a string quartet, how to write the harmony part
1
Roman numeral analysis of exam practice exercise: “Polish Song” by Hiller