I'm changing from F Minor to Major in a Sib 7 score. The machine just gives one flat for the new section, and I want three naturals and one sharp. How do I get it to do it? Any ideas?

By default Sibelius has Cautionary Naturals turned off: 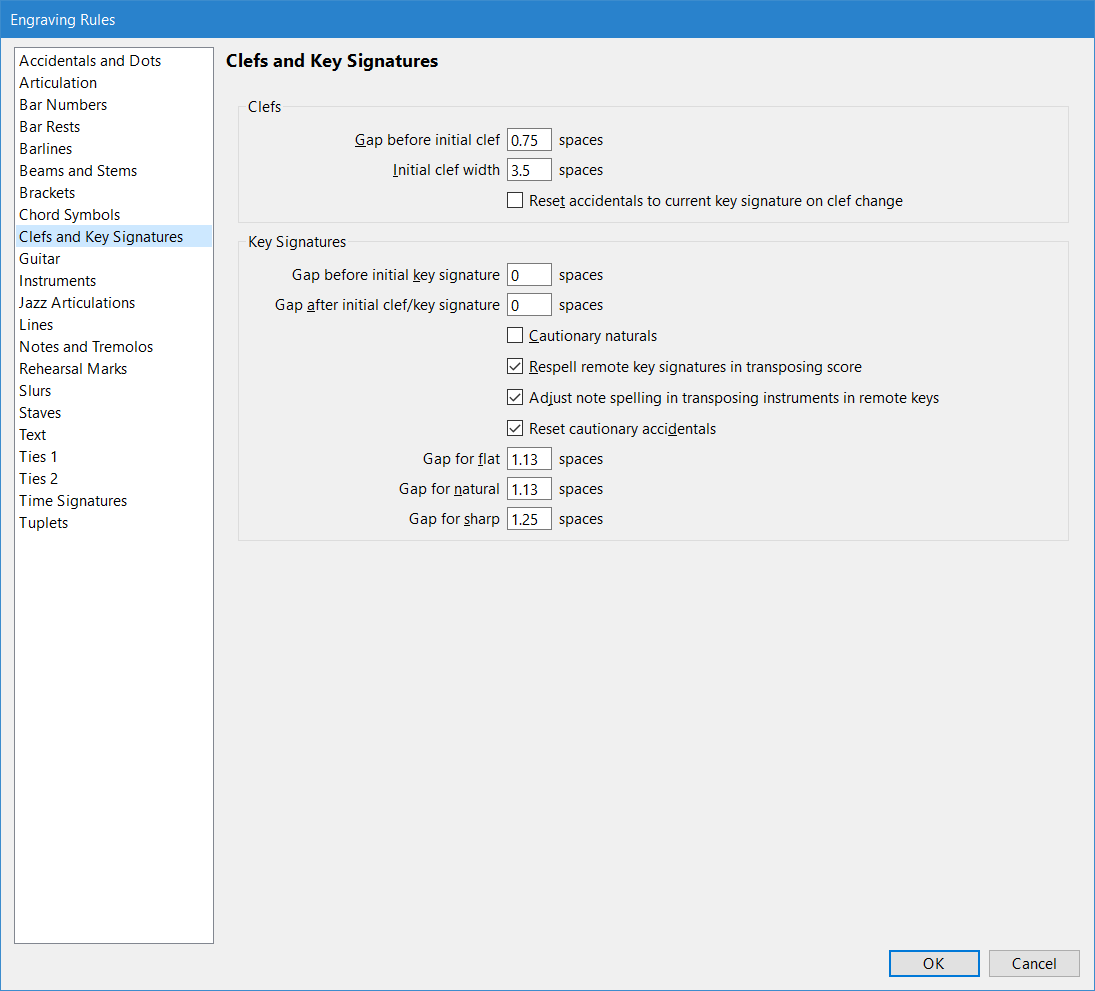 With Cautionary Naturals turned on, the stave looks like this:

Turn on 'Cautionary naturals' in Engraving Rules/Clefs and key signatures.

But maybe the information that, despite what we learned for our Grade 5 theory exams all those years ago, it is now acceptable to omit them will be sufficient?

Not the answer you're looking for? Browse other questions tagged key sibelius or ask your own question.

5
Adding 8va line (both high or low) in Sibelius 7 doesn't play back
8
How to determine what key changes are appropriate?
9
Changing key in a song convincingly
11
How to insert cautionary key signature before repeat mark using Sibelius 7
2
Making bars longer and replacing rests in Sibelius
9
Why is 'C minor' parallel to 'E♭ major', but not to 'D♯ major'?
1
Sibelius playback glitch: randomly uneven volume in one score
1
Make a variation in Sibelius
2
How to discern the key/tonic when they are key changes in song
1
Key modulation in a fugue, how to not lose sight of the tonic?