Rules for making guitar chords playable on the fretboard

Background: A program that generates common chord progressions given a key. For example, in the key of C major, one of the popular progressions we have is I – vi – IV – V (C – Am – F – G). My goal is to render these 4 chords from the neck of the guitar onto the screen.

Let's say I have a C chord and I want to figure out playable positions for it on the guitar fretboard starting at the open string position. The C major triad consists of [C, E, G]. I came up with the following chord that marks all the [C, E, G] notes from fret 0 (open string position) to fret 3 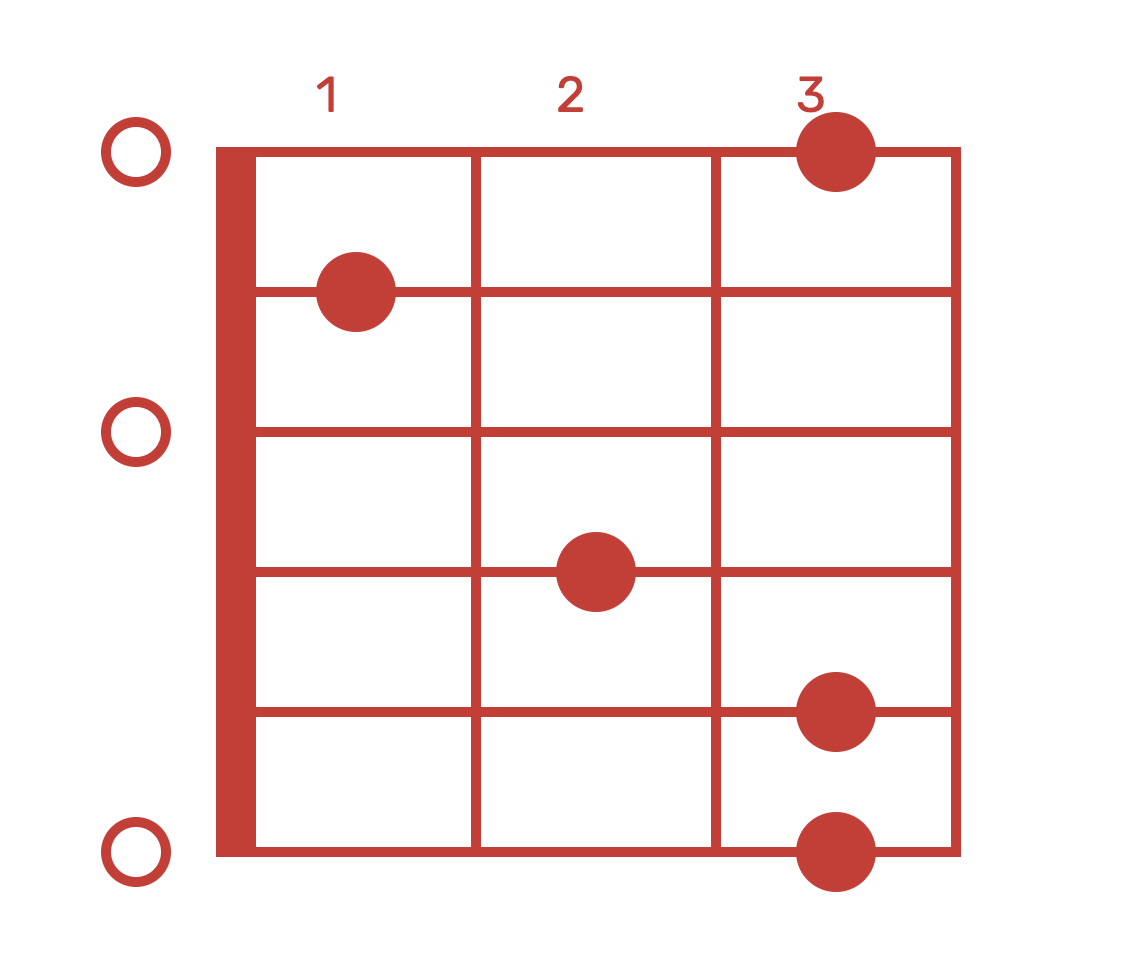 It has all the required notes by the C major triad (please disregard multiple notes on the same string, as I am still working on this program). Is there a set of "rules" or heuristics I can use to figure out which fretted notes sound good as a chord while played together with other chords in the progression? For example, if I play the C chord from above, then Am, F and G, it sounds a bit dissonant compared to playing x32010 which sounds a bit cleaner. .

Do inversions play a role in this?

The rules are thus:

Not the answer you're looking for? Browse other questions tagged theory guitar chords chord-theory or ask your own question.

7
Roman Analysis of “Ab B G” chord
9
Looking for letter-based chord identification algorithms, and related literature
8
Practicing all possible three-note chords on guitar
20
Why is the first inversion of a C Major Chord very rarely used on guitar even though it is easier to play?
3
G-D-A naming convention
1
When playing scales and chords, should I think C D E, C-F-G or root 2 3, I-IV-V?
1
Chord construction on guitar
24
Are there reliable, formulaic ways to form chords on the guitar?
6
Why do major and minor triads sound different both harmonically and melodically?
1
How to distinguish between a minor triad and a maj7 chord with same notes but without the root