Dvorak's Humoresque No7 in G♭ Major - is the key signature part of the joke?

This week's assignment from my violin teacher is Dvorak's Humoresque No7. As I'm a "good beginner" (started playing 17 months ago) he gave me the easier G transposition rather than the original, more difficult version, in G♭. As usual I looked for some examples on YouTube and found this hauntingly beautiful rendition by Augustin Hadelich. Out of curiosity as to what the score he was playing looked like compared to what I would be learning I downloaded the score from IMSLP and was surprised at what I saw comparing the two scores.

Here is the start of my simpler score in G - 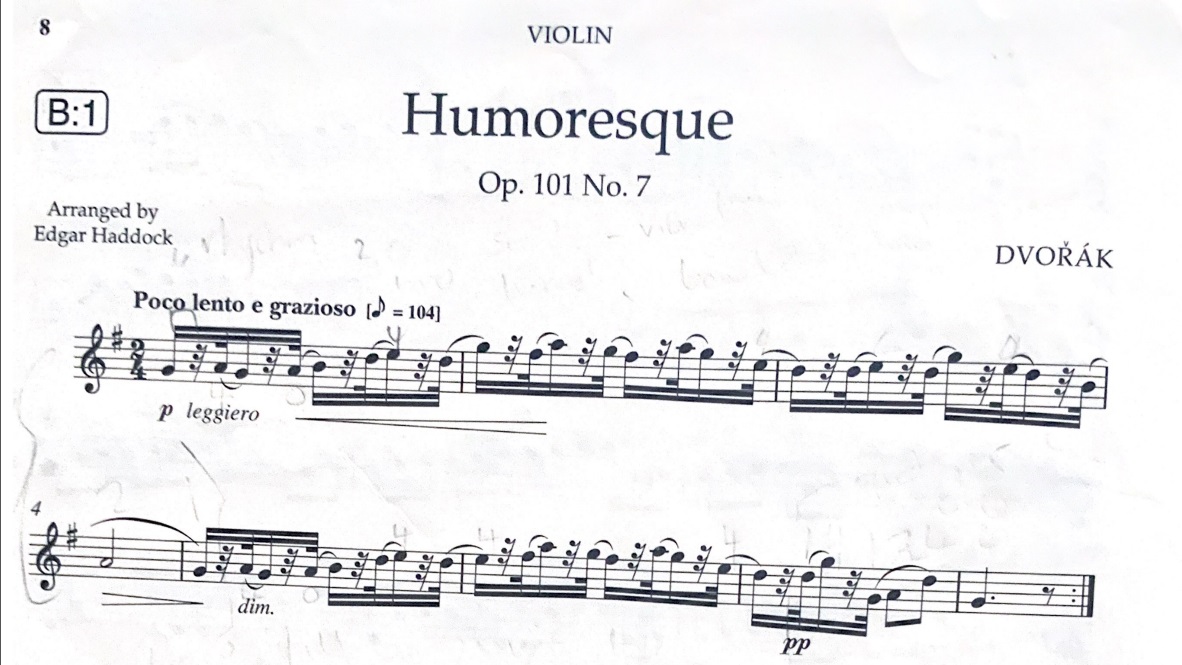 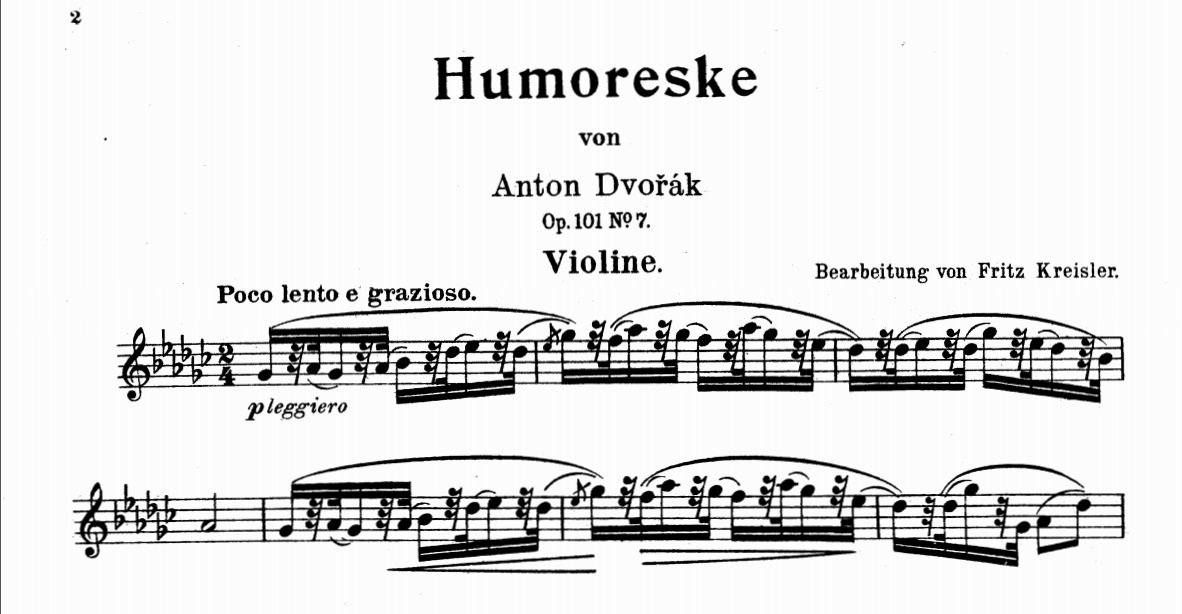 What I found remarkable was that apart from the different key signatures they appear musically identical. Exactly the same notes appear in exactly the same place on the staff. Surely, I thought, this cannot be. The tunes should be different because the key signatures are different. Then I started working out the differences between adjacent notes in half-note, full-note terms in the two pieces and realized that they are essentially identical apart from one being half a note lower than the other throughout. OK, the G♭ version has some tricky double-stop sections later on which don't appear in the G version, but most of the notes are the same apart from the half note difference.

Which begs the question - why write it in G♭ instead of G? Is this supposed to be "humorous", a joke on the name of the piece? The only other meaningful difference I can think of is that for the violin in G all the G's, D's, A's and E's will ring because their associated open strings will vibrate in sympathy whereas in G♭ all these notes will be flat and so won't ring and this may affect the mood.

Yes, if you transpose to a key with the same letter name (like G♭ to G) the notes will stay on the same lines and spaces. And as long as the notes remain diatonic - all in the home scale with no accidentals needed - the new key signature will do the whole job. (When an accidental IS needed, e.g. a sharpened tonic note, it will be G♯ in the key G version, G♮ in the key G♭ version. That's where simply replacing the key signature stops being sufficient.)

Remember, the Humoresques were written for piano solo. On the piano keyboard No. 7 lies nicely under the fingers in G♭. Everything you've been looking at is an arrangement. IMSLP offers a wide selection. Most move it into G. Some into other keys. You've happened upon one of the few that keeps it in G♭. I'm sure Kreisler had his reasons. Maybe just to show off - he specialised in virtuoso playing! Maybe because there's a principal in violin playing that it's good to choose a key that avoids open strings. They may be easier to play, but they sound different to fingered notes.

Not the answer you're looking for? Browse other questions tagged violin key-signatures or ask your own question.

23
F# major vs Gb major?
25
Why is there a key signature if I never play those notes?
18
Three notes on the violin?
2
basic violin note question
1
Explicit C major key signature in lilypond
6
What do three bars across the stem of a note mean?
3
Fool-proof way of telling the key based on the key signature (major vs parallel minor)?
2
(Indian Classical) Violin note-spacing vs. Guitar note spaces
10
Confusing clarinet key signature changes