So I have an Ibanez GRG250DX and I want to replace its strings. But I havent played it in a long time.

What I tried so far:

I clipped the old strings, kind of cleaned the guitar and pulled in the first string (E) like this: 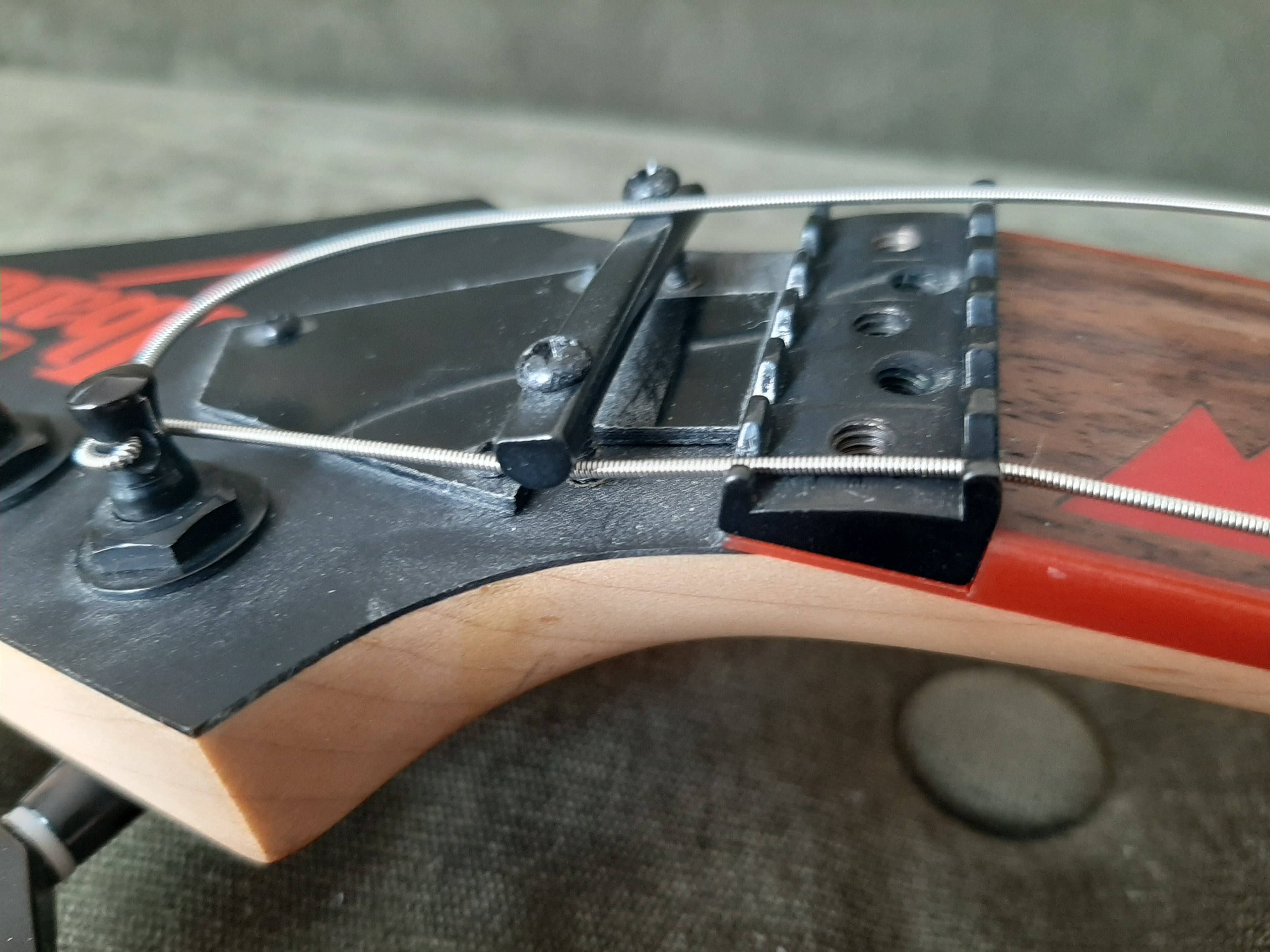 I tucked the string under the bar on the left, into the groove and down to the whammy bar, into the holding mechanism. Then I tried to pluck the string, but it just clinks on the neck of the guitar.

By looking a bit more closely, I was able to find out that the string is touching the lowest fret bar and is rattling on that. It seems as if the string isnt "hovering" above the pickups and neck, but rather lies on it until like 1/2 of the necks length, where it starts to hover (pic related). 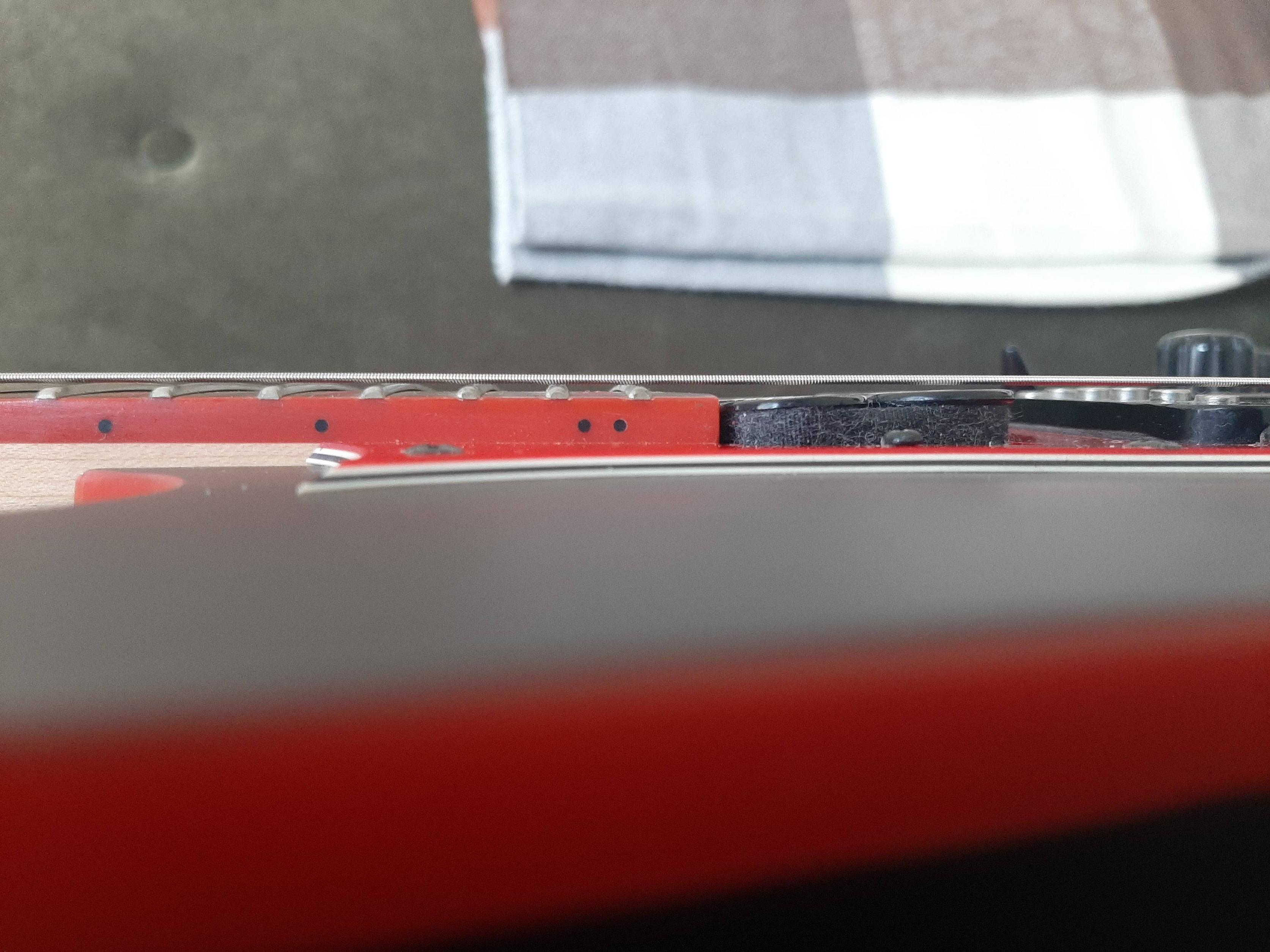 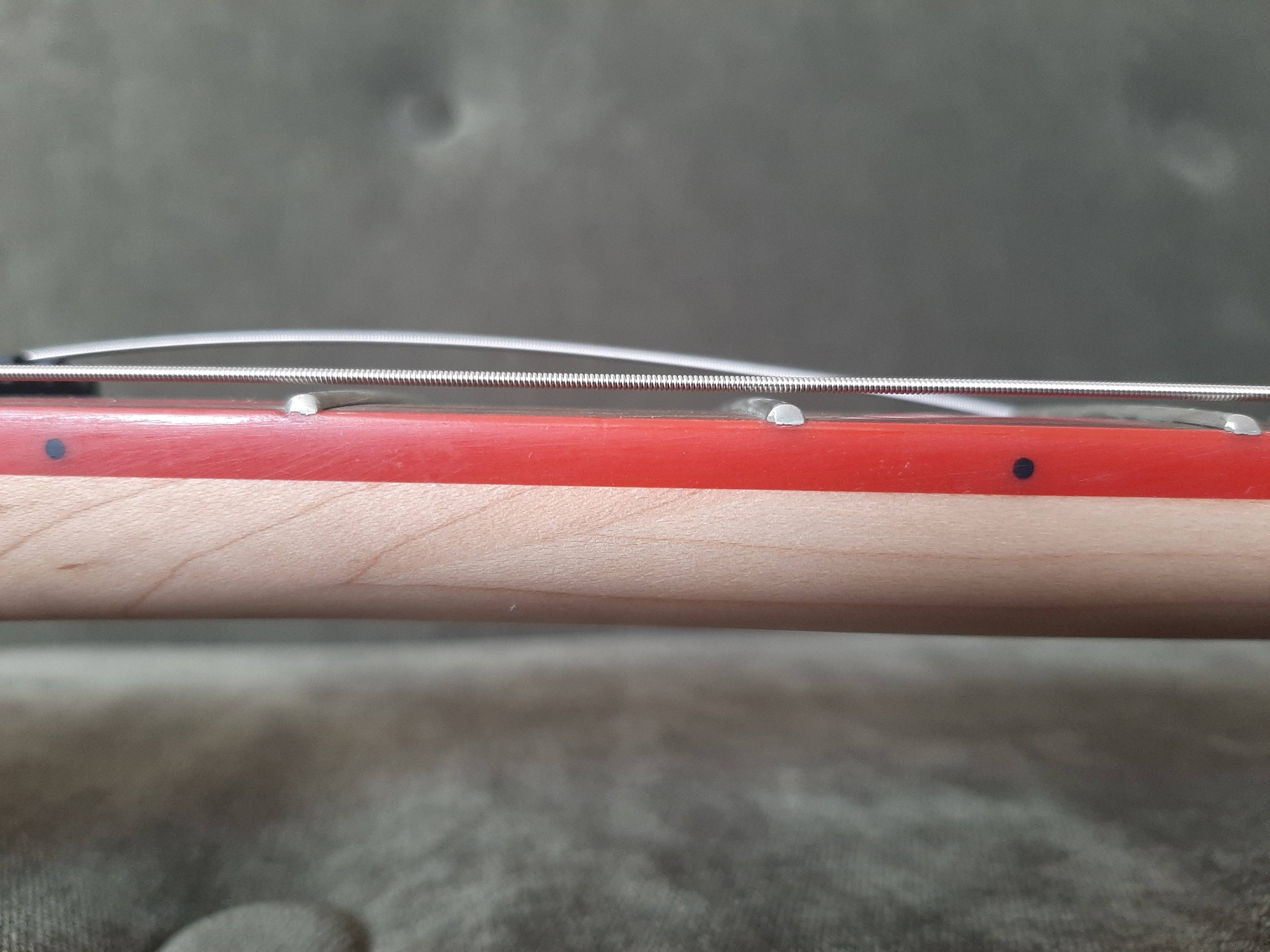 How am I supposed to get the strings hovering again? I just tried it with one string but I assume it will be the same on the others as well. There were these screws on the whammy bar which seemed to be lose so I screwed them in a bit, but it seems as if that is the problem. 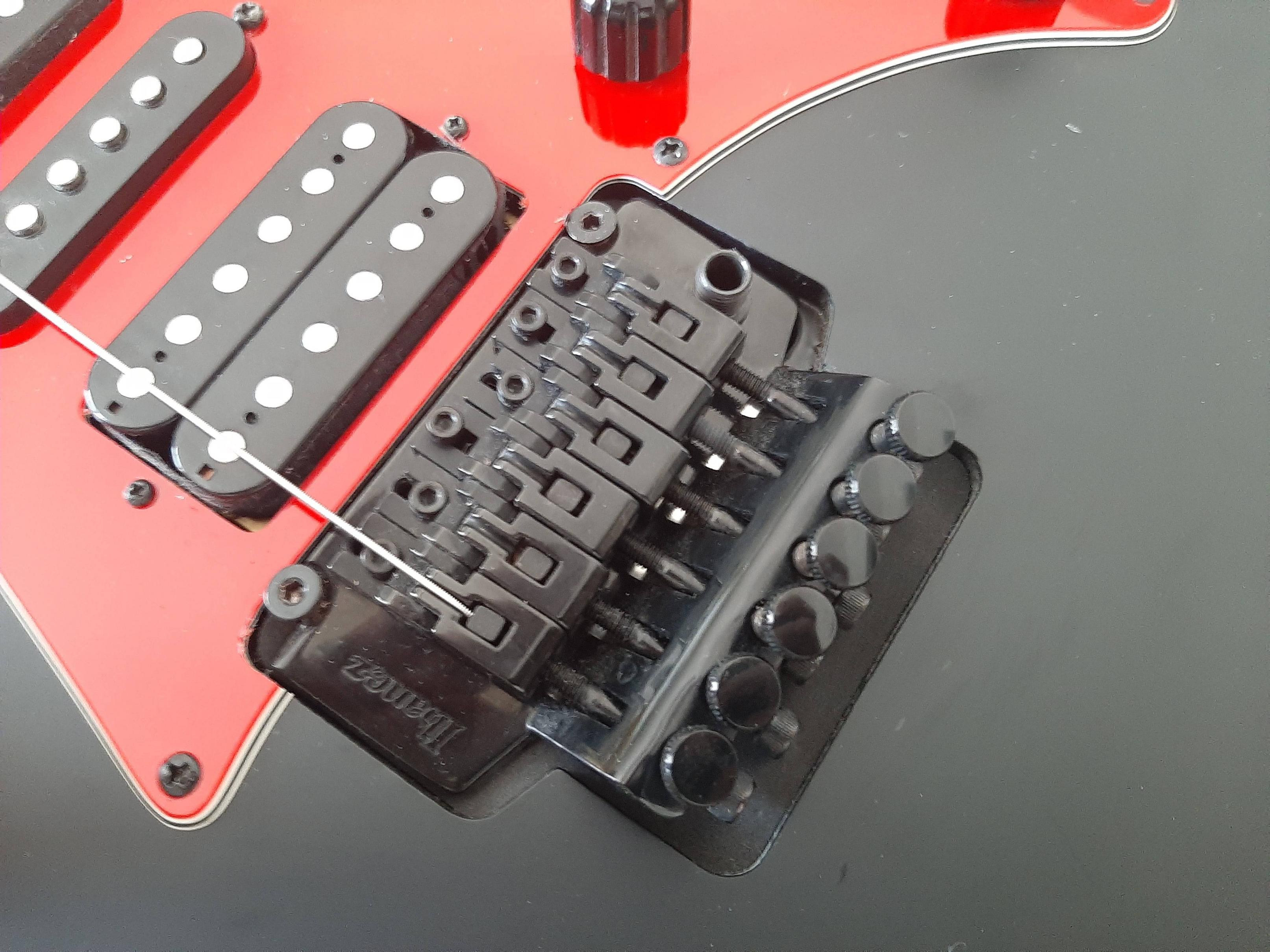 Im sorry to bother you but I found nothing on how to deal with this on the internet and I really want to get this going.

1st rule - don't take off all strings - change them one at a time. That way, the balance between the springs and the strings will remain not-too-bad.

2nd rule - don't adjust anything else until the guitar is close to being back in tune with all six strings replaced - one at a time.

Assuming the new strings are the same gauge as the old, everything should settle in an hour, and be as it was, balance wise.

It is common to put something under the back of the Floyd Rose bridge to fight the springs while changing strings. I wouldn't go as far as "one string at a time" -- I'm a hardtail guy who has changed strings on a Floyd once, so maybe I'm wrong -- but using a block of wood or a paperback to keep the bridge from going too far should help, especially if your guitar is set up for floating.

But yeah, get all strings on the instrument and get close to tuning before changing action or anything.

4
How do I lower the action on my Floyd Rose guitar bridge?
2
Guitar rattle noise when playing two strings at specific distances (with video)
3
How to fix springs noise on guitar with whammy bar?
3
Uneven volume of guitar strings when plugged in
3
How do I fix frets rattling on new Floyd Rose guitar?
2
How can I fix rattling tremolo?
0
Floyd Rose action way too low
0
Guitar pitch changes with pressure applied to neck