This crack is been there for over a year, Does the bridge comes off in future? Is it damaging the body? Whats actually happening a year ago i've left my guitar for over a month without playing. Is it caused by that? 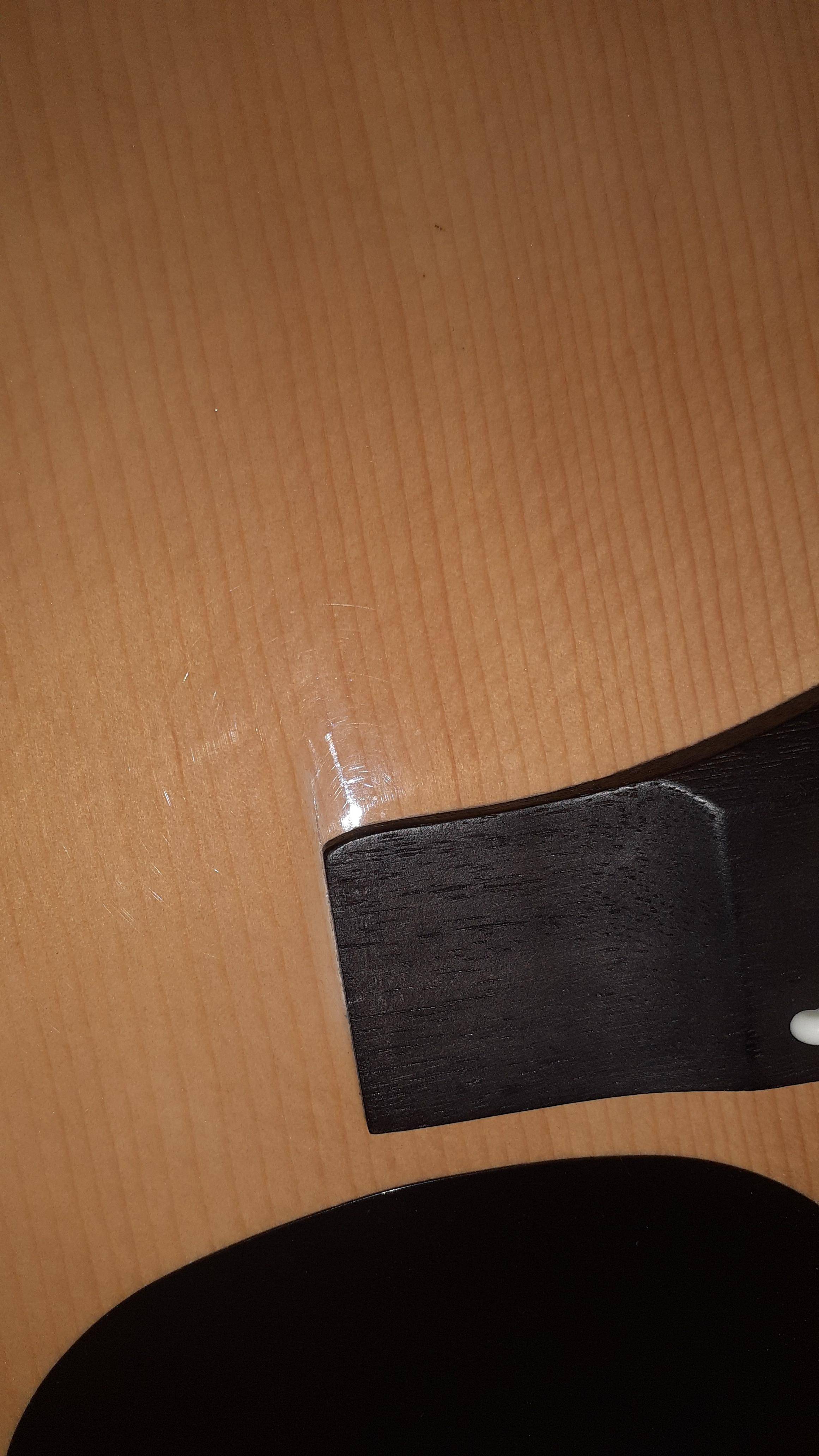 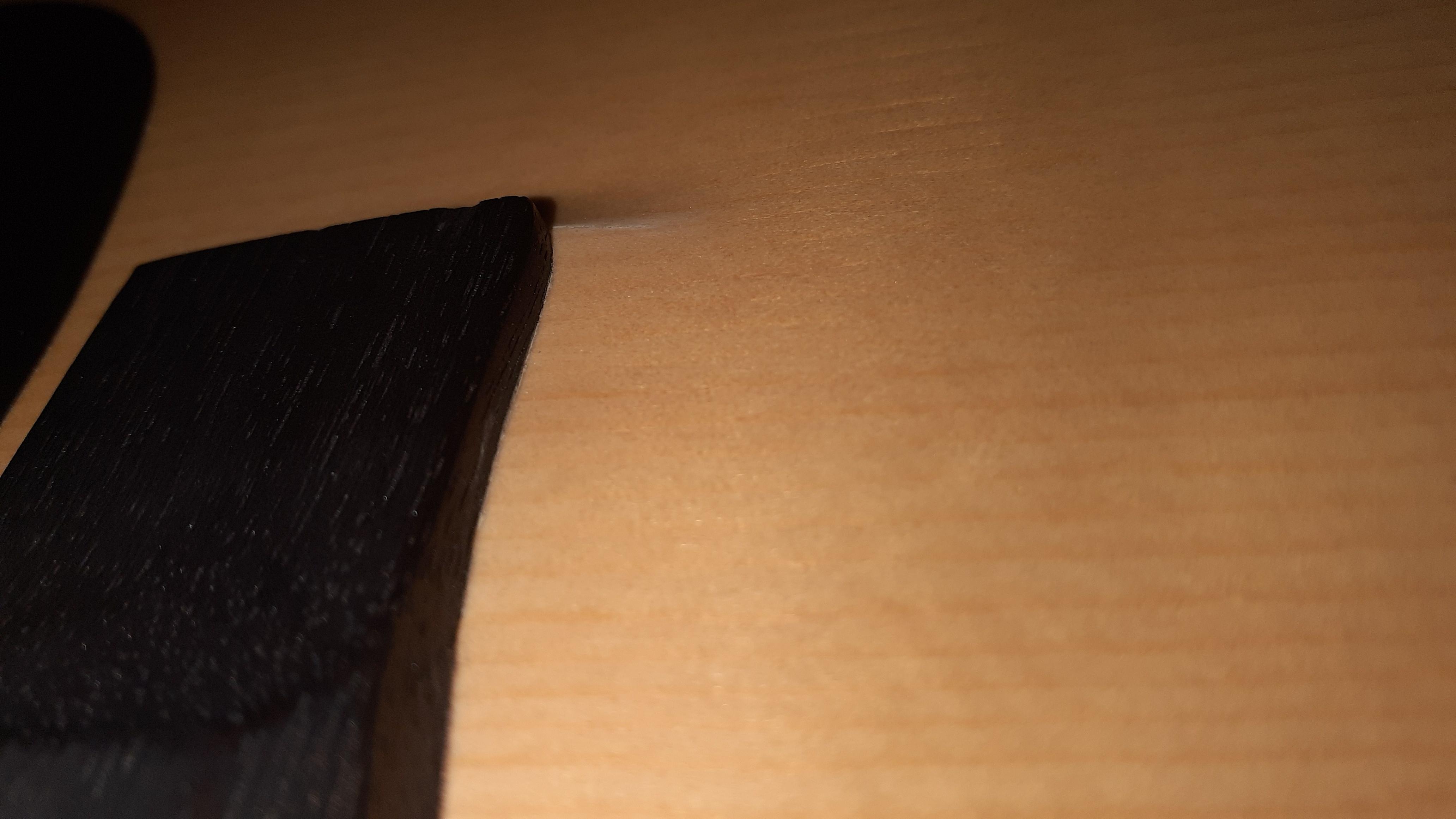 Please provide more information on posts like this. No one can really tell what's going on. Is the crack in the top near the bridge, or a separation of the bridge from the top.

Based on the limited information there are a few things it could be.

If the top is cracked through the wood then the integrity of structure is compromised and (1) could split more causing the top to open up, or (2) cause the bridge to come loose.

If the bridge is already separated then yes, it will eventually come off.

Either of these things can be repaired but the longer you wait the more expensive it will be, and it may not be repairable.

It is possible that the crack is in the finish. This is not ideal but there is no structural damage and no reason to fear the bridge separating. But, that depends on the nature of the crack and how well the guitar was made. I purchased a very high end acoustic in the 90s, brand new, and much to my dismay after about a month the bridge peeled up from the top. The guitar was under warranty and I was able to get it fixed by a luthier for free (company paid for it). In this case there was shellac under the bridge that compromised the glue.

I think there are two possibilities, and from the photos and the info I don't know which one is most likely.

I've seen both. I've had guitars with cracks, but kept working fine for years without getting worse. And I've had guitar bridges gradually pulled out over time.

If you don't want to send it to a repair shop right away, at least do this: take a few clear photos next to a reference object (e.g. a ruler) and then, one or two months later, take the exact same photo again, and compare them to see if the crack and the bend has increased over time.

Thereafter, I would say that if you see no discernible change after say one month, and if the guitar is not a particularly expensive one, then you don't have much to worry. On the other hand, if the crack gets worse, and/or the guitar is quite valuable, an experienced technician should see it and advise you.

And if the crack does get worse, loosens the strings as soon as you notice it, so the problem doesn't get worse (the position of the crack shows that it's in a place which is subject to the tension of the strings)

It might be that the saddle wood and top wood have expanded/contracted to different degrees, causing the top wood to split along the grain. String tension may have contributed, but all guitars have string tension so that’s not really the cause.

If it has been stored in a particularly cold or hot place, or worse at place with significant temperature and/or humidity fluctuations (like a sunny window or unheated/uncooled attic,) this is what might happen. I have no idea if this is a newer, older, higher quality or lower quality instrument, but I would estimate that cheaper, newer instruments would be more susceptible to this, as less diligence is likely payed toward stable, well seasoned tone woods, and less time has passed for those woods to further stabilize.

I have seen similar cracks in high quality vintage acoustic guitars, especially along the edge of the pick guard, due to years of wood expanding and contracting while pick guard material did not. Some times they have been stabilized with a repair, and some times they have just stabilized themselves. If your crack has been there for over a year and hasn’t changed, it has probably stabilized. Cost analysis of having it repaired, with consideration toward value of instrument, is up to you.

If it was mine I'd be concerned. I'd check the woodwork under the bridge (inside the soundhole), and if it was flat, I'd glue a piece of wood - maybe ply- under that section, a good inch bigger all round. With epoxy resin, and well clamped. If that meant drilling the holes through after, for the pegs, so be it. All that may not mend the cracks, but they wouldn't get any bigger. It may affect the tone of the guitar - but not much, done properly.

Otherwise, expect to pay lots for a luthier to probably do the same... unless it's a few hundreds worth of guitar!

My guess would have to be that things for too dry, but I'm not a luthier. Your local guitar shop likely has a repair person or can point you to one. Trust them over us; they'll be able to look under the top and see what's up.

Not the answer you're looking for? Browse other questions tagged guitar repair bridge or ask your own question.

8
Should guitar be de-tuned when not in use...?
3
How do properly repaired cracks in the body of an acoustic guitar affect sound (if at all)?
1
Replacement Bridge for a Jackson Stealth Ex Guitar (Jackson JT580 Bridge)
1
Electric guitar nut sticking
1
The bridge of guitar getting detached from the body
1
Floyd Rose Question: Should it sit flat with the body of the guitar?
1
Guitar Strings & Bridge
2
Electric guitar bridge lifted too much, intonation problems
2
Electric guitar neck crack. Worth repairing?
0
Help me identify the bridge on this Cort GB series bass guitar