A cellist friend asked if I had come across this coloured in cross marking (hourglass?) in bar 35 and it has me stumped. (Beethoven Sonatina, so you can discount any crazy new music articulation.)

Have tried searching for a comprehensive string articulation list but none have anything more exotic than left hand pizz... 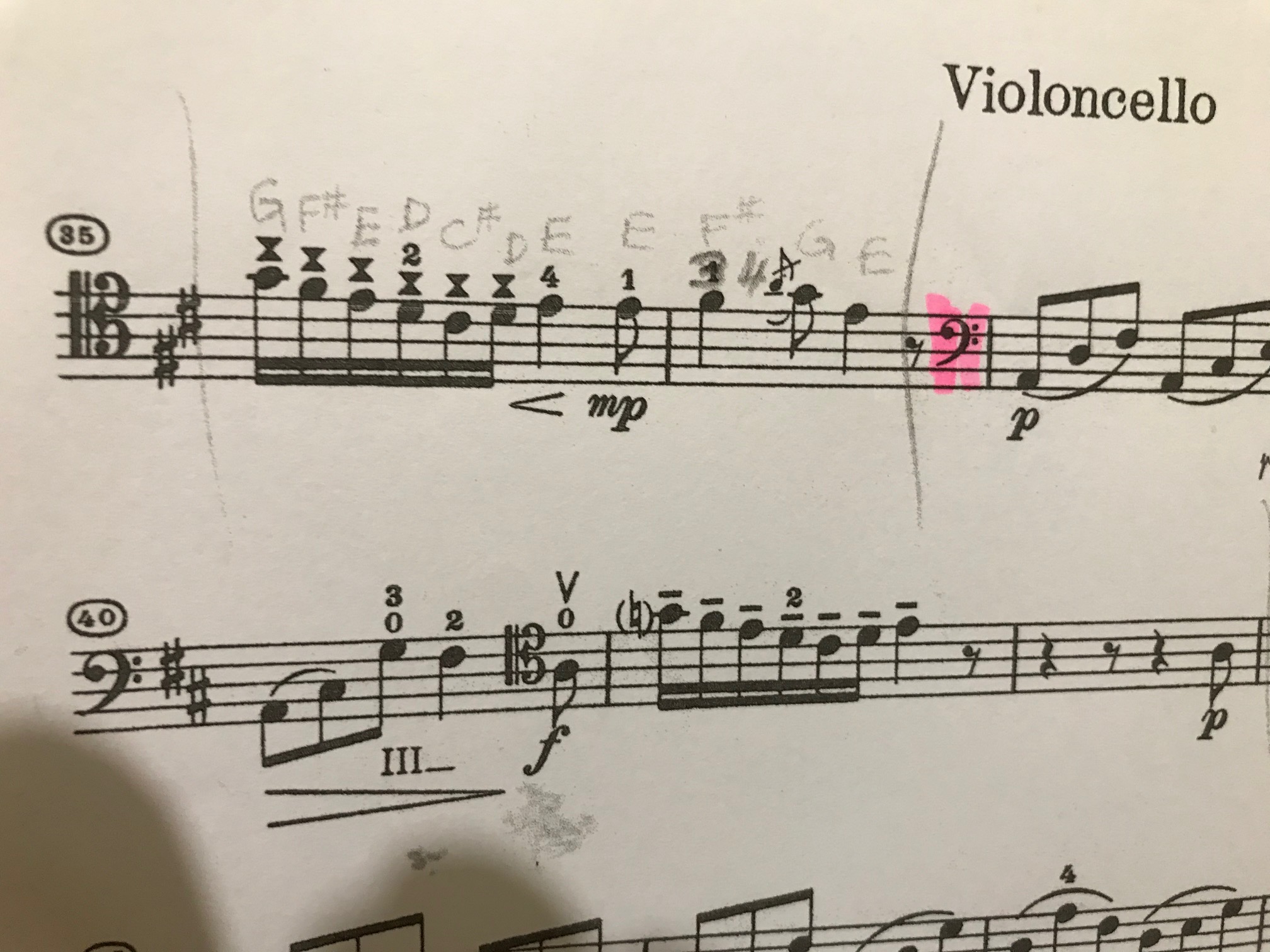 Through @Michael Seifert excellent super-sleuthing on identification of the music edition (in comments on original question), the mark is spiccato.
The editor Joachim Stutschewsky explains this in another piece he edited:
Divertimento on Swedish Themes, Op.42 (Romberg, Bernhard)
On 2nd page has the following:

Several people have suggested thumb position, but it does not seem likely given it doesn't reach high enough, in my opinion.

Possibly it could mean left hand pizzicato, where the string is tapped energetically in the position of the note indicated, creating a very soft sound of that pitch. I have seen that marked with Xs in place of the note head.

I have also seen numerous notations to indicate bowing "on the bridge", which makes a very rough sound, or even under the bridge. Other possibilities include détaché or col legno (using the wood of the bow).

None of these techniques have universal notation, so they usually have a verbal indication above the score, and then adopt a symbol that was available to the typesetter indicating to which notes it applies. Possibly there is an earlier example in the score which has the extra verbal notation and it was omitted in this location?

Not the answer you're looking for? Browse other questions tagged notation articulation bowing or ask your own question.

7
How to improve jerky bowing on the violin
1
Humidity rosin bowing problem?
1
Violin bowing techniques
2
Violin Bowing Marcato
1
Difficulty with pitch and precision when bowing
2
Bowing exercises confusion
9
Bowing signs (?) in Lajos Montag's double bass method
6
What is this notation in Debussy's “Engulfed Cathedral”?
2
What are these numbers after “MM, Bowing and Rhythm”?
2
Is it possible to combine accent and tremolo in notation?