What clef is this? (Baroque, Vivaldi)

What is this clef in Vivaldi RV281? This is the only source of the concerto is available ( at least without buying it, which is the manuscript). The piece did have a few weird clefs like an octave bass clef once for one of the violin sections, but nothing too unusual. His handwriting is pretty hard to read sometimes, and I am just plain confused about what it is. The section that played the stave was the viola section originally, and it switched to this clef later on. I remember seeing something like it before, but I forgot what it was, looks kind of like the French 18th-century clefs, but neither that nor alto clef sounded right or true at least to the recording I am using, which is essentially the same all the other ones, just a semitone lower (for baroque-interpretation, although I don't really care), here is the section in the youtube video I'm using and below it the picture of the clef in question, 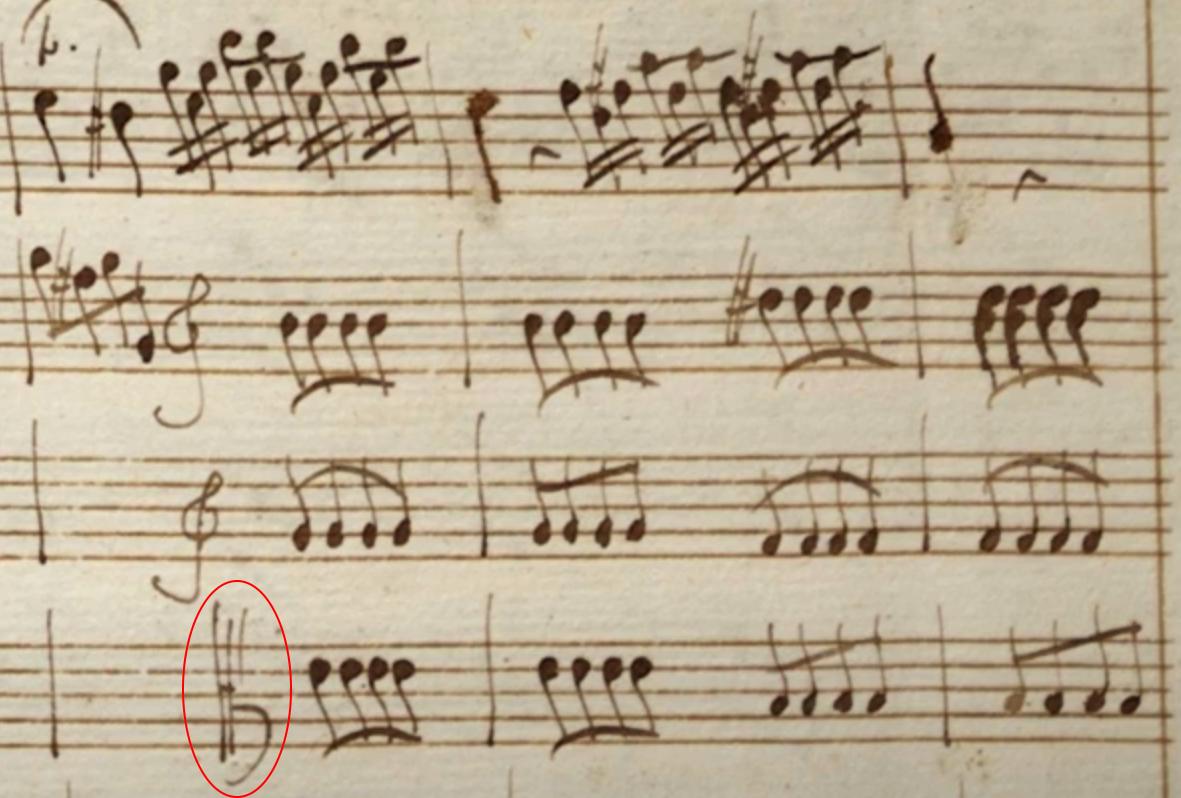 It might be drawn a bit scribbly but it certainly looks like a K-clef, (a stylistic variant of the C-clef). In particular it's an alto clef (which makes sense for viola).

So those first few notes in the image are at the pitch of E above middle C. (With the two treble G-clefs directly above, the chord made (E, G, B) is an E minor chord in close position.

It looks a bit like a hand-written C-clef. Reading as such seems to make sense harmonically.

So I read 4xE 8th twice and 4xB 8th twice. As ttw points out this makes sense harmonically: first chord is B G E (from top to bottom): G major chord G-B-E.

31
Is there a Relative Pitch Clef?
6
What clef was first?
4
What is Sanz's tablature for the baroque guitar?
4
Why have a clef change right after a previous clef?
9
Baroque notation question
5
Minor Key (and other key?) Roman Numeral Analysis
4
Where should I put the bass clef? Before or after the repeat sign?
12
What is the Schäffer Clef?