I have been playing piano for 2.5 years now, and recently I started playing an arrangement for piano of "The Sugar Plum Fairy" from The Nutcracker.

Below is an excerpt from this arrangement. There are a few bars with tetrads in them.

Am I doing something wrong, or is it really physically harder (pressure-wise) to play 4 noted at once? 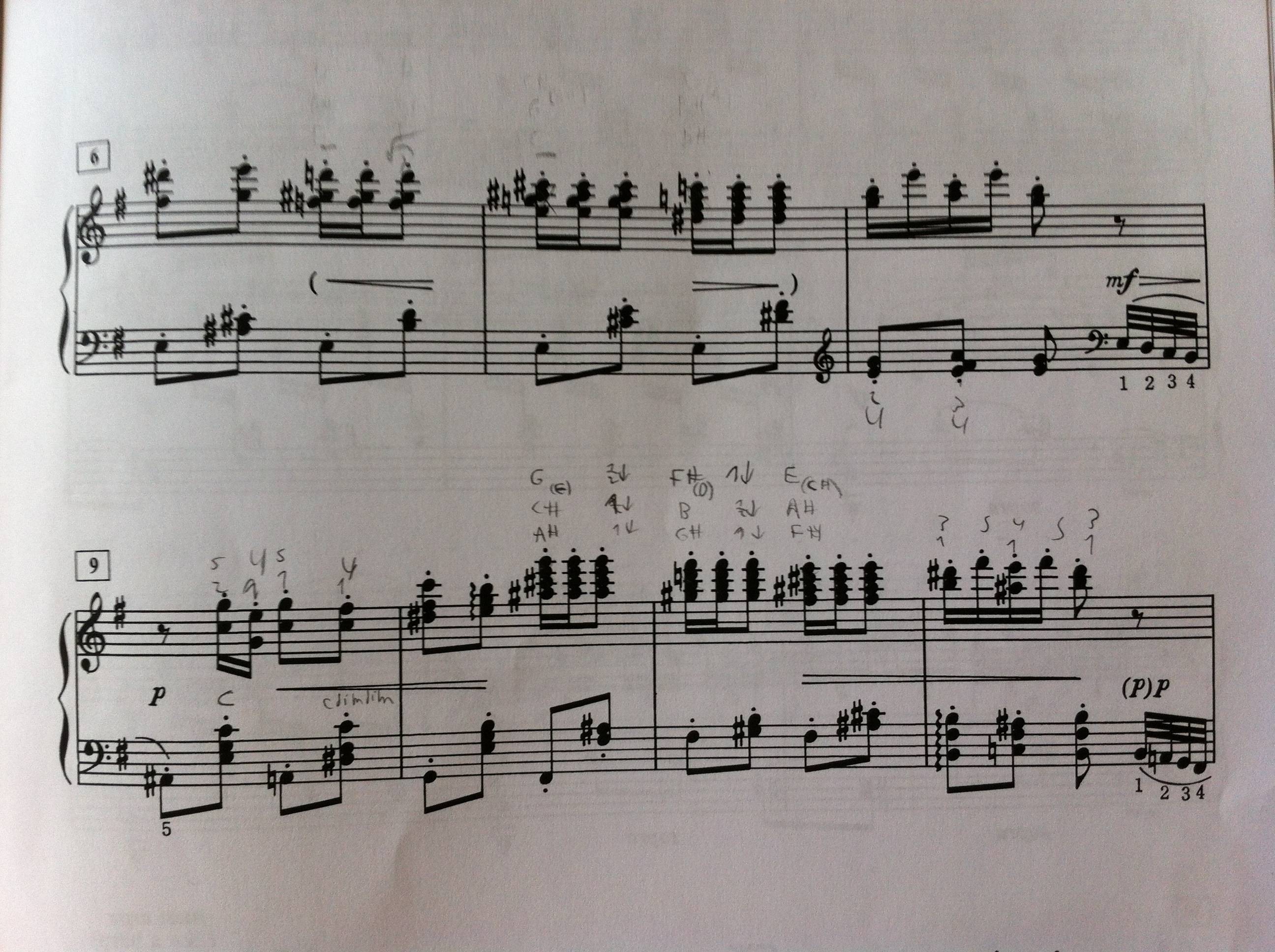 It is 33% harder to strike four keys than three.

If you have an acoustic piano, it's worth opening up the covers to look at the mechanism. You can see that the hammer mechanism for each key is completely independent of other keys.

The same goes for electronic keyboards, but often the mechanism is less accessible so you can see what's going on.

However you'll also get 33% more vibration, because of your extra string, which will be perceptible as loudness. The relationship between force and loudness is non-linear. The harder you strike the keys, the louder it gets, but the graph is not a straight line.

So use your ears, and get the loudness that sounds right in the context of the piece.

This question is more appropriately answerable by a private teacher or pianist friend who can watch / listen how you play and make qualified statements.

That said, it may be possible that because you are using a fourth finger (a weaker finger perhaps,) then you are trying to compensate by playing the chords more aggressively. It could also be a psychological trigger in which you see large chords so you play aggressively. Wind players often suffer from something similar - what we call "black note fever."

I would strongly suggest talking to a real person about this, but in the meantime you may think about playing through the chords as softly as you can, working on having all of the notes sound as evenly as possible.

Much like playing percussion (which the piano is much closer to,) volume is determined by the velocity of the strike, NOT the ferocity of the fingers. Playing loud isn't a function of slamming the keys, but rather increasing the hammer velocity with your fingers. Thinking about it this way can help reduce tension.

Lastly, I must suggest that the term "tetrachord" is more commonly used than "tetrad."

23
How do I begin finally making music on the piano?
5
Self-learning how to play the piano
5
How to improve/train my memory while playing long pieces on the piano?
2
How to phrase voices in a fugue?
5
Upright Piano action problems
1
Singing notes aloud while playing a piece
2
Diagnosing piano hand injury: pain when stretching while holding some notes
2
Why do arpeggios tend to blend at quiet dynamics?
2
How to fix tension when playing octaves?