Notation for a unison double stop

What's the standard notation for the occurrence of the same pitch played on two different strings of the same instrument simultaneously, to be used within the same staff?

The typical context would be a double stop lick that needs to resolve in unison, perhaps on the tonic. The reason for playing the same note on two strings rather than one might be uniform volume across the lick or just the special quality of the sound. It might be quite inconvenient to split the entire double stop lick into two separate staves just to avoid the local issue of notation.

I understand that I could just write "On D and G" above a G note (if using English), but I wonder whether there's any established culture neutral notation as an alternative to that. I don't care whether the individual strings are notated explicitly, or just the "doublestopness". 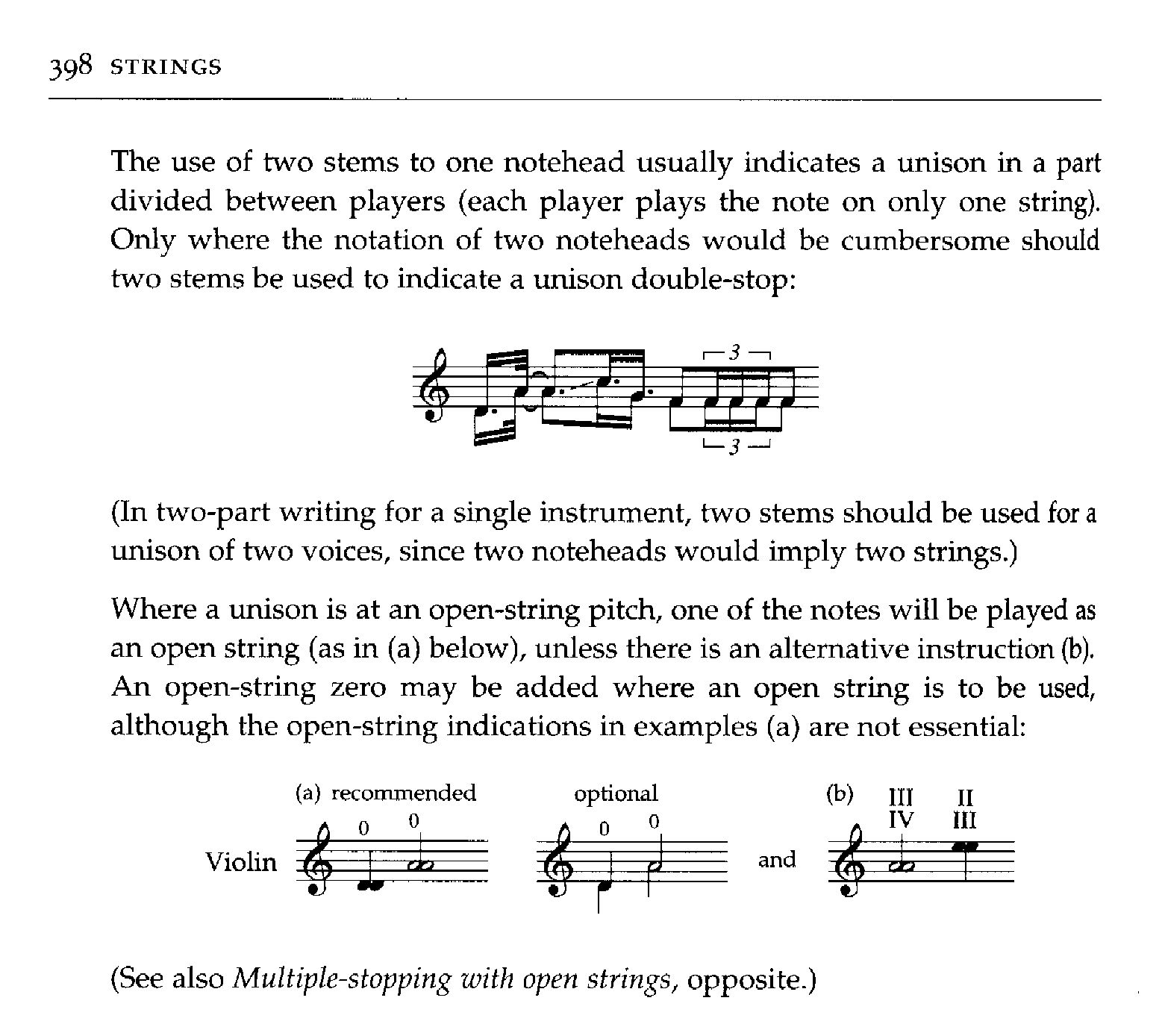 For notes with a stem one way would be for the note to have a double stem, one pointing up and one down.

The question's been answered but the same convention of note stems going in different directions is also used when the notes to be played with the same pitch on different strings aren't played as a double stop but are instead played sequentially. Here's an example from the last page of Bach's Chaconne in D minor:

with Midori playing it here.

Not the answer you're looking for? Browse other questions tagged notation string-instruments or ask your own question.

9
Meaning of notation in violin part