I am confused about a solution to a question in my music theory exercise book. The answer is shown in an image below (the one in 10/16 time). From what I understand, the rests should fit into the beats of Strong-Weak-Medium-Weak.

Doesn't it make more sense to have the dotted eighth rest on the medium beat instead of the final weak beat? That way the sixteenths are grouped like 3-2-3-2. Is my thinking wrong here? I am new to this so I could be mistaken or just unaware. Perhaps both 3-2-3-2 and 3-2-2-3 are valid but one is preferable? Could someone shed some light on my confusion here? Thank you in advance. 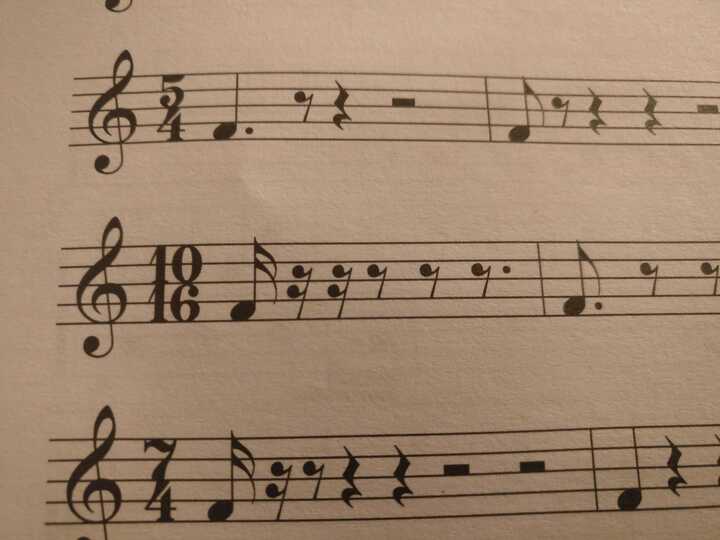 Edit: It is probably too late now, but here is the question from the book. Next time, I'll be sure to include the question too. 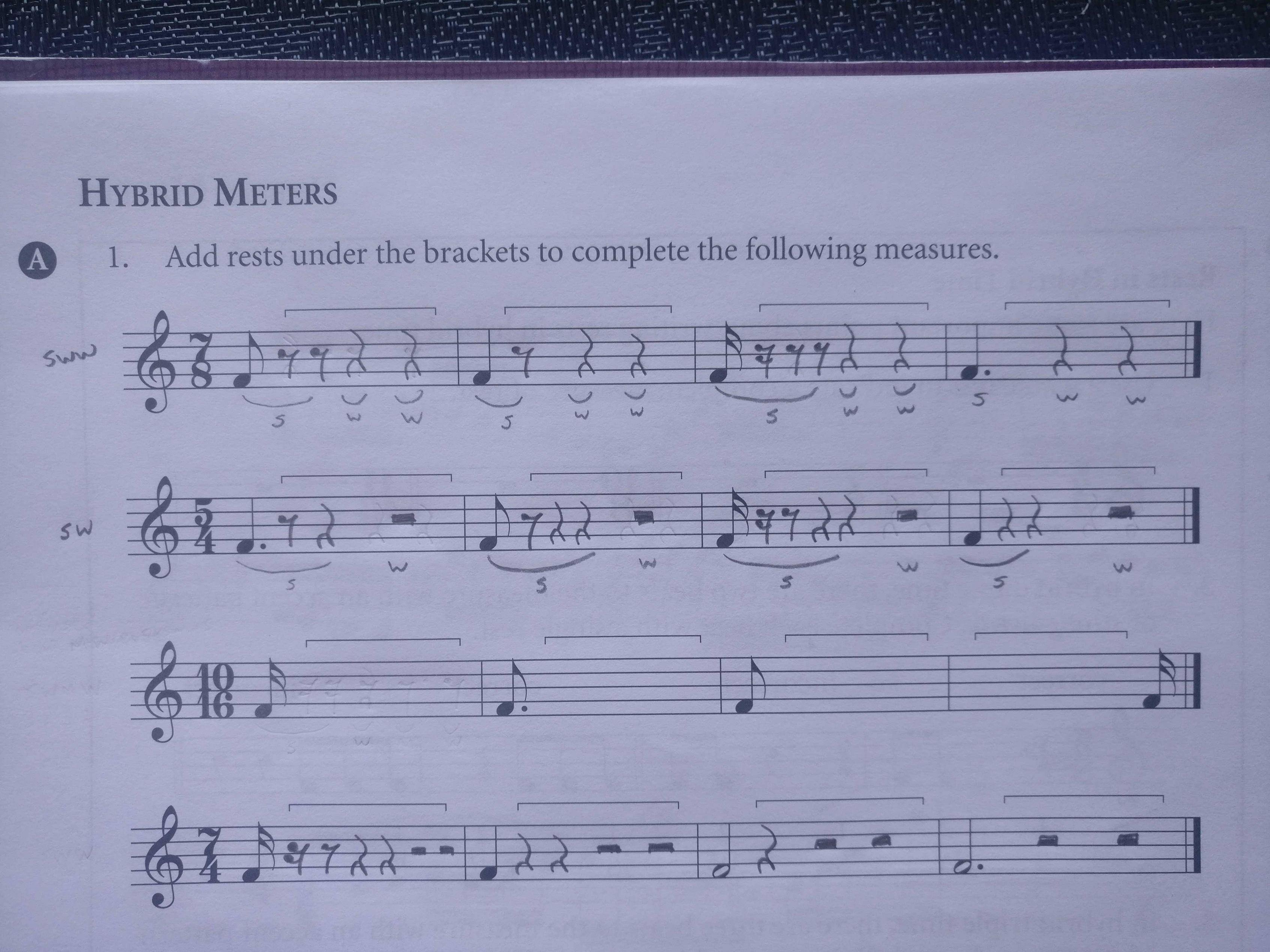 NOTE: See bottom of post for edit in light of new information since the original answer

There are two sets of pulses involved here: the "small" pulses -- in groups of 3 or 2 -- and the "large" pulses -- of which the exercise, as you've described it, requires four total. It sounds like you're conflating the "large" pulse strength with the duration of that "large" pulse (that is, its 3-ness or 2-ness). But they're independent. Whether the rhythmic ("small") grouping is 3-2-3-2 or 2-3-2-3 or 3-2-2-3, the metric ("large") pulse maintains its own pattern. When the meter comprises four main pulses, it frequently follows the strong-weak-medium-weak pattern (frequently, but not always).

In the specific example you're showing, the key to the "small" grouping is the duration of the rests: so, 3-2-2-3.

Here are some additional examples of how the notation reflects the "small" groupings, but the metric pulse (the "large" groupings) remains the same.

Since posting the answer, the textbook question that prompted the OP is posted. As @Mycroft points out below (comments), and assuming every measure is expected to use the same rhythmic grouping, the first grouping must be 3, because the second measure contains a dotted eighth-note.

Beyond that is conjecture.

I believe the book is at fault for not specifying the possibility of multiple answers. However, if there are rules demanding 3+2+2+3, then I would suggest these:

4
How does one place a beat 'on' a given note/rest value?
6
Note duration in Hindemith's "Elementary Training For Musicians"
5
Are whole notes/rests really used to signify variable lengths of time?
3
Help with understanding ABRSM grades?
1
Slash chords and notation for A/C (according to Haunschild Book)
2
Limits of interpretation in timing in a Bach piece
5
Rhythm question about piano sheet notation
1
Rhythmic analysis examples by jack Perricone
2
How to practice this kind of complex tuplet structures appeared in Scriabin's Poem Op.32 and his Etude Op.42 No.2?