What does ‘Unis’ mean?

I’m reading through the study score for Tchaikovsky’s Pathétique. There’s an indication I am unsure of. They refer to the Strings section. 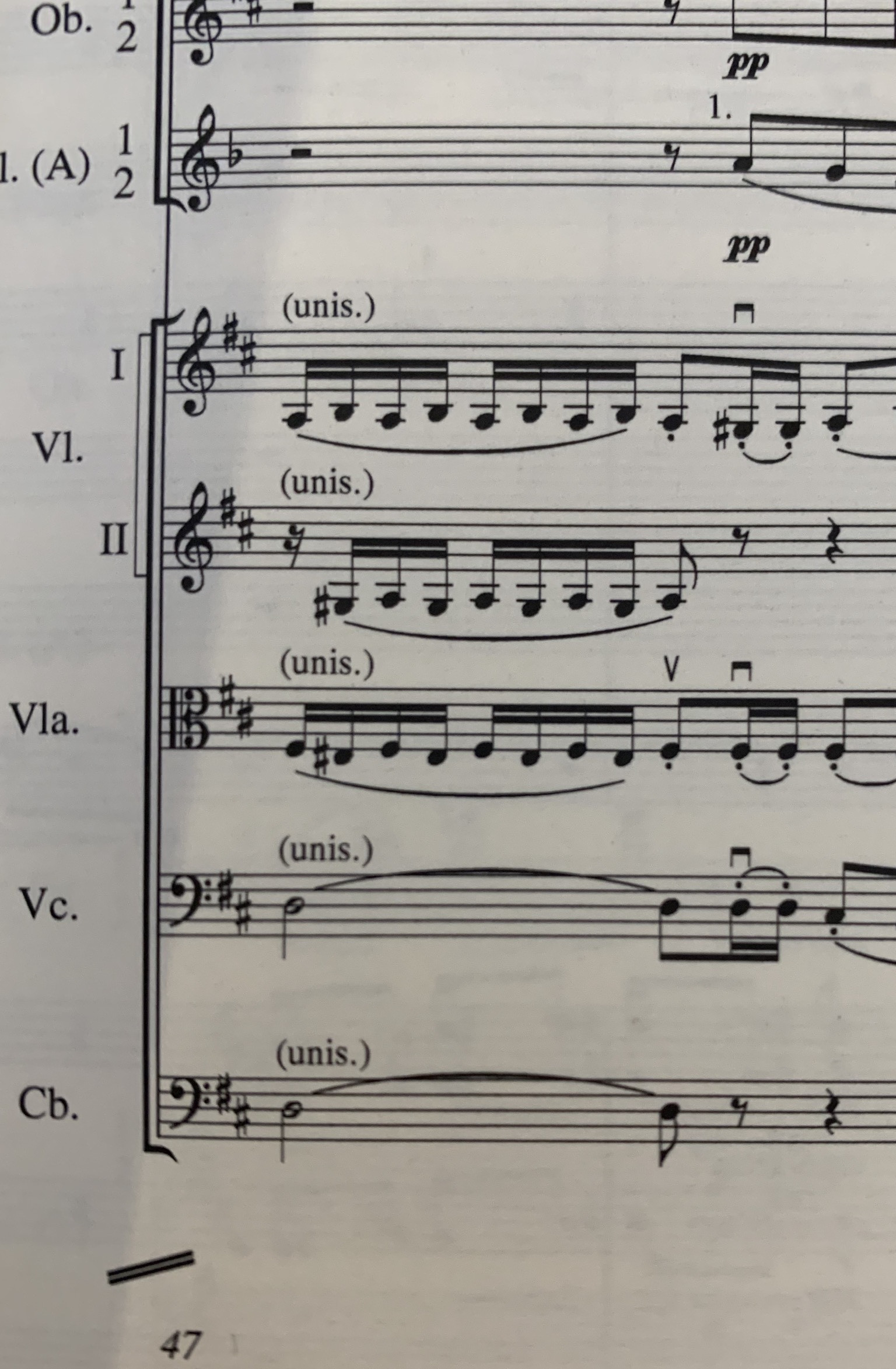 After a Google, I discovered

several players in a group are to play exactly the same notes within their written part, as opposed to splitting simultaneous notes among themselves. Often used to mark the return from divisi.

Can someone explain this to me, please? I wasn’t aware that without this, parts are separated further? Are they?

"Unis.", as you discovered, is an abbreviation for "Unison", meaning "everyone plays the same thing at the same time." This is the default state of each section of the strings at the start of an orchestral piece. When a section divides it is called a divisi. For example, in the first movement of the Tchaikovsky (seven bars after rehearsal A in this IMSLP score) we see divisions in the string parts. 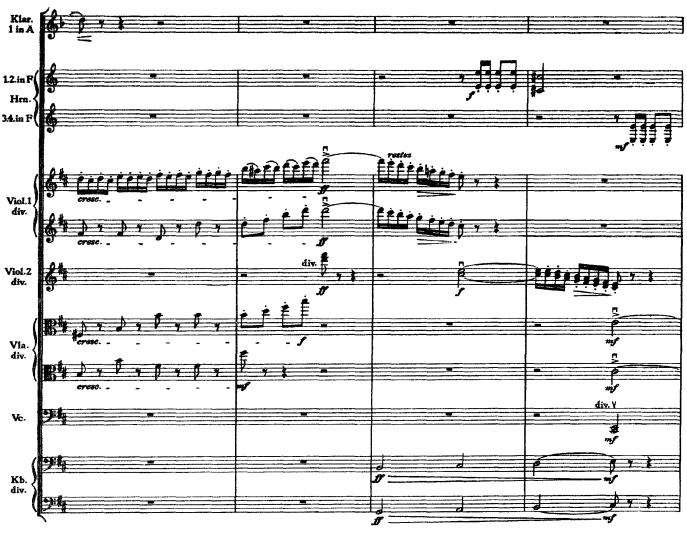 To keep their parts less cluttered the first violins and violas have been give a temporary additional stave. There's no danger of clutter in the second violin or cello parts, so no extra staves are needed. It isn't clear from this extract (or the succeeding bars) why the double basses have been given an extra stave. Perhaps to draw the conductor's attention to this unusual divisi. [Divisi basses commonly play in octaves. Very rarely do they play in low thirds like this.]

In the absence of a div., chords in string parts are to be played without dividing. Passages of double stopping are often accompanied by the words non div., indicating that each player really is to play all the notes; not share them out!

By the way, the maximum string divisi is 'divisi by the half desk', in which each individual fiddler, violist etc has his/her own notes. It appears occasionally in C20th music, in works by Penderecki and Ligeti and in the operas of John Mortimer for example.

Not the answer you're looking for? Browse other questions tagged theory learning strings violin classical-music or ask your own question.

8
How are editorial additions/changes to a score indicated?