When and where was this piano made?

I recently bought an upright piano and the people from whom I bought it said they don't know anything about the piano except that they bought it in Jerusalem and that it is a Russian piano.

I always thought Russian pianos were very stiff but this one plays easily and has a sweet, bright sound.

It has a logo inside that says "Fischer Trade Mark" 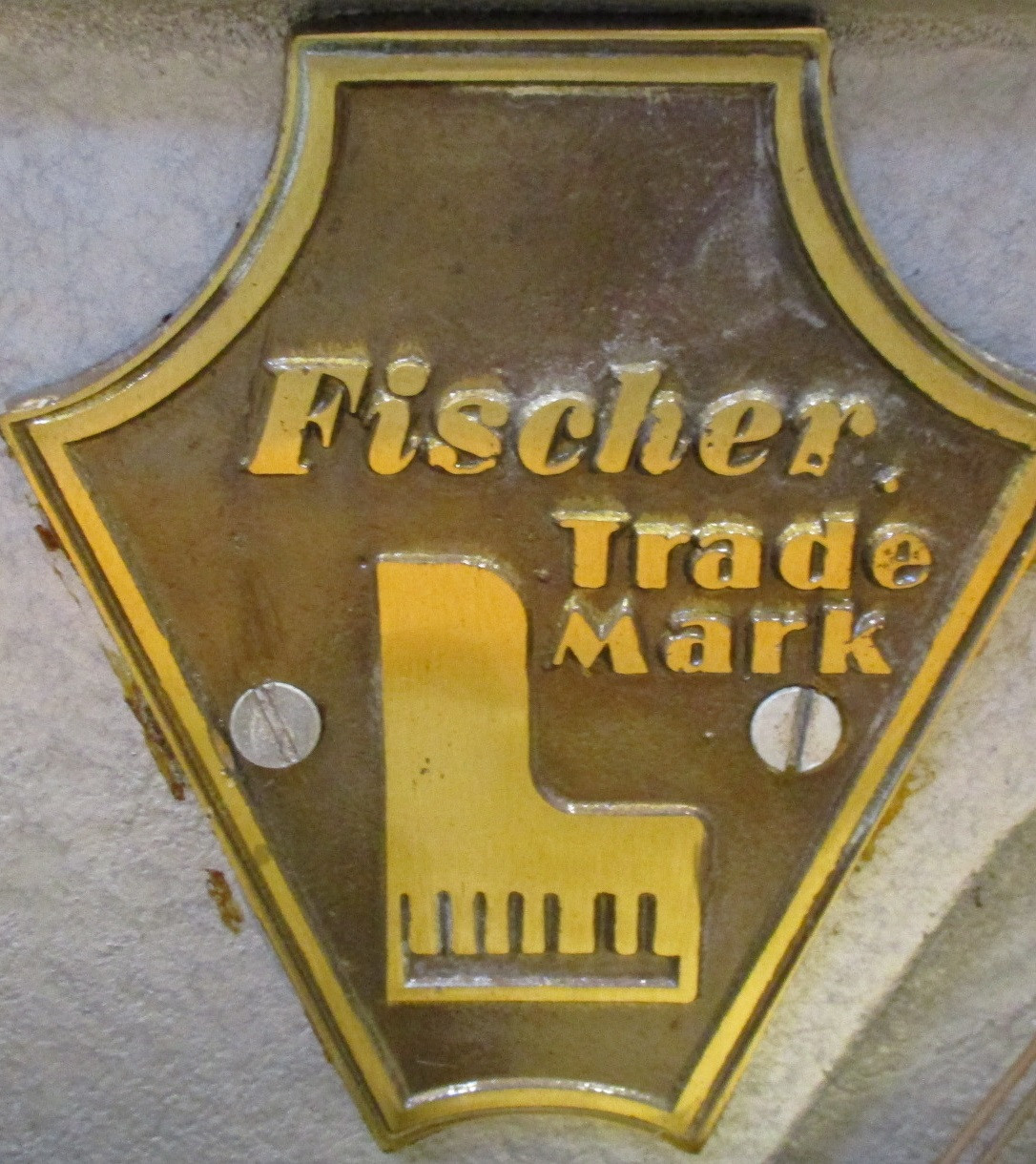 Is this the JC Fischer company from New York?

The only thing I could find that resembles a serial or model number was an engraving in the cast-iron plate that seemed to say "VII - 79", perhaps made in 1979?

And then there's what looks like a piano and then perhaps the number "6" or "f.". 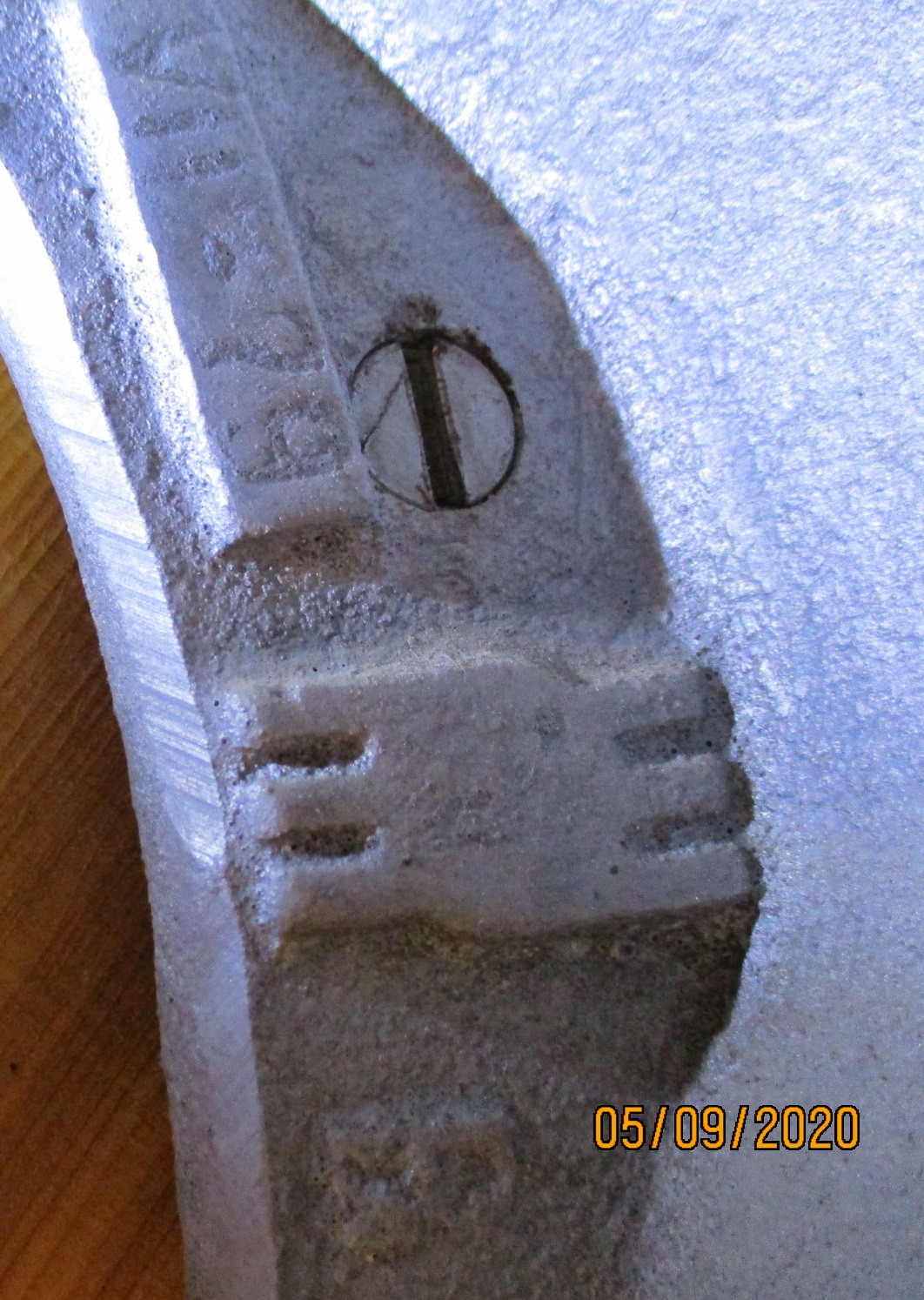 Here are pictures of the actual piano: 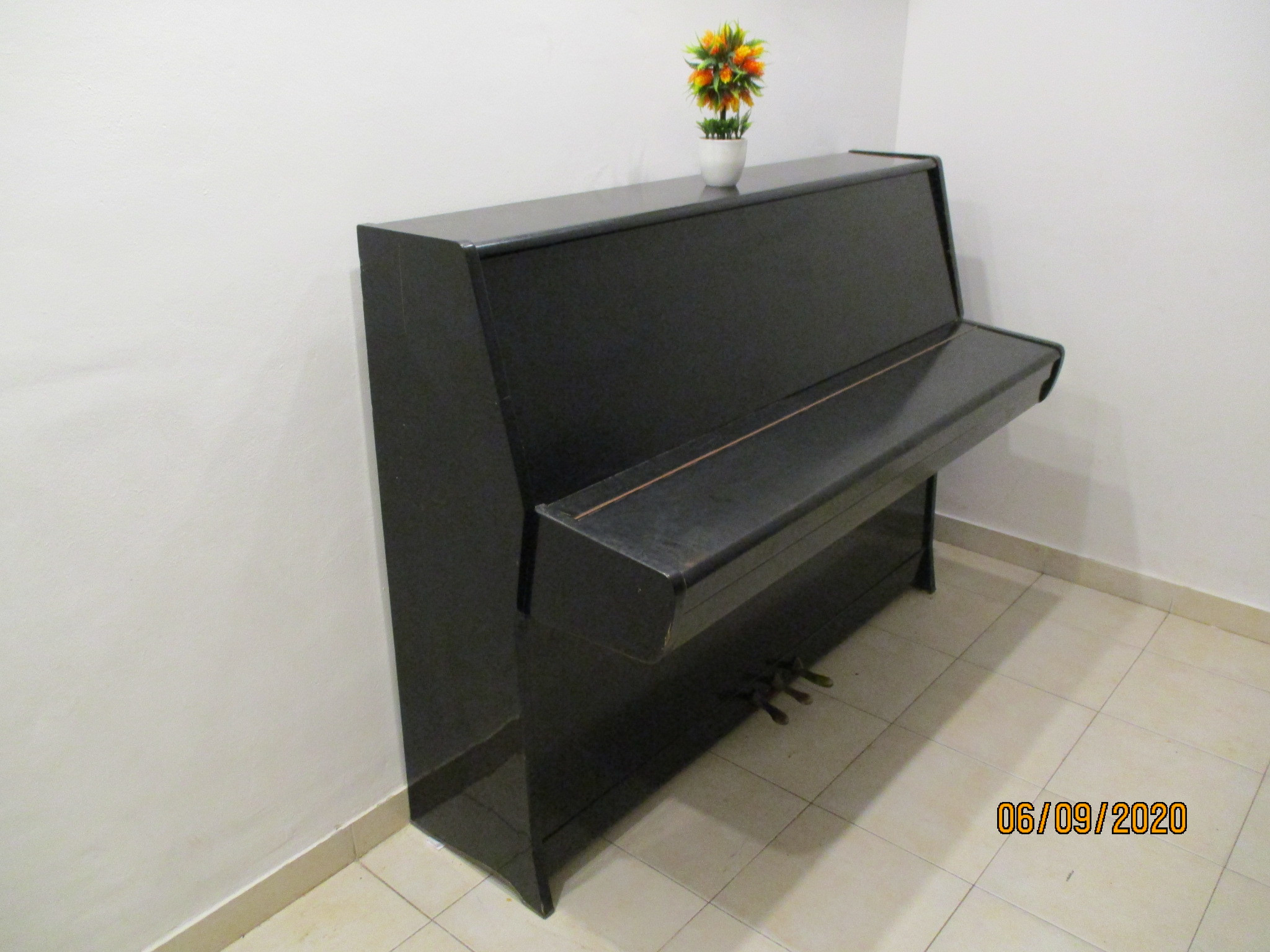 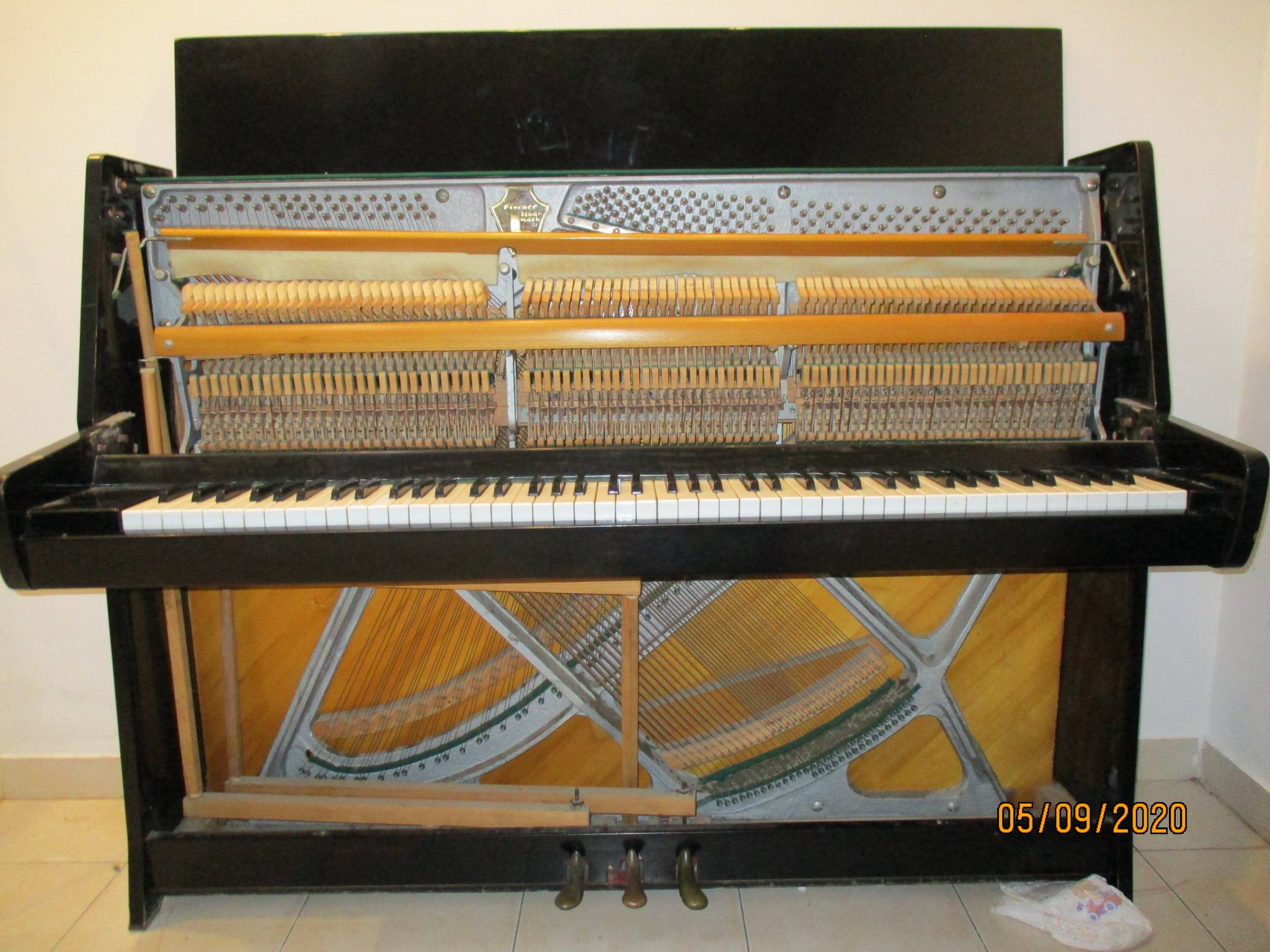 Any ideas what company made this, where and when?

OK, thanks for the video. After checking as thoroughly as the video suggested, I found what looks like a serial number stamped into the bottom of the upper front board: 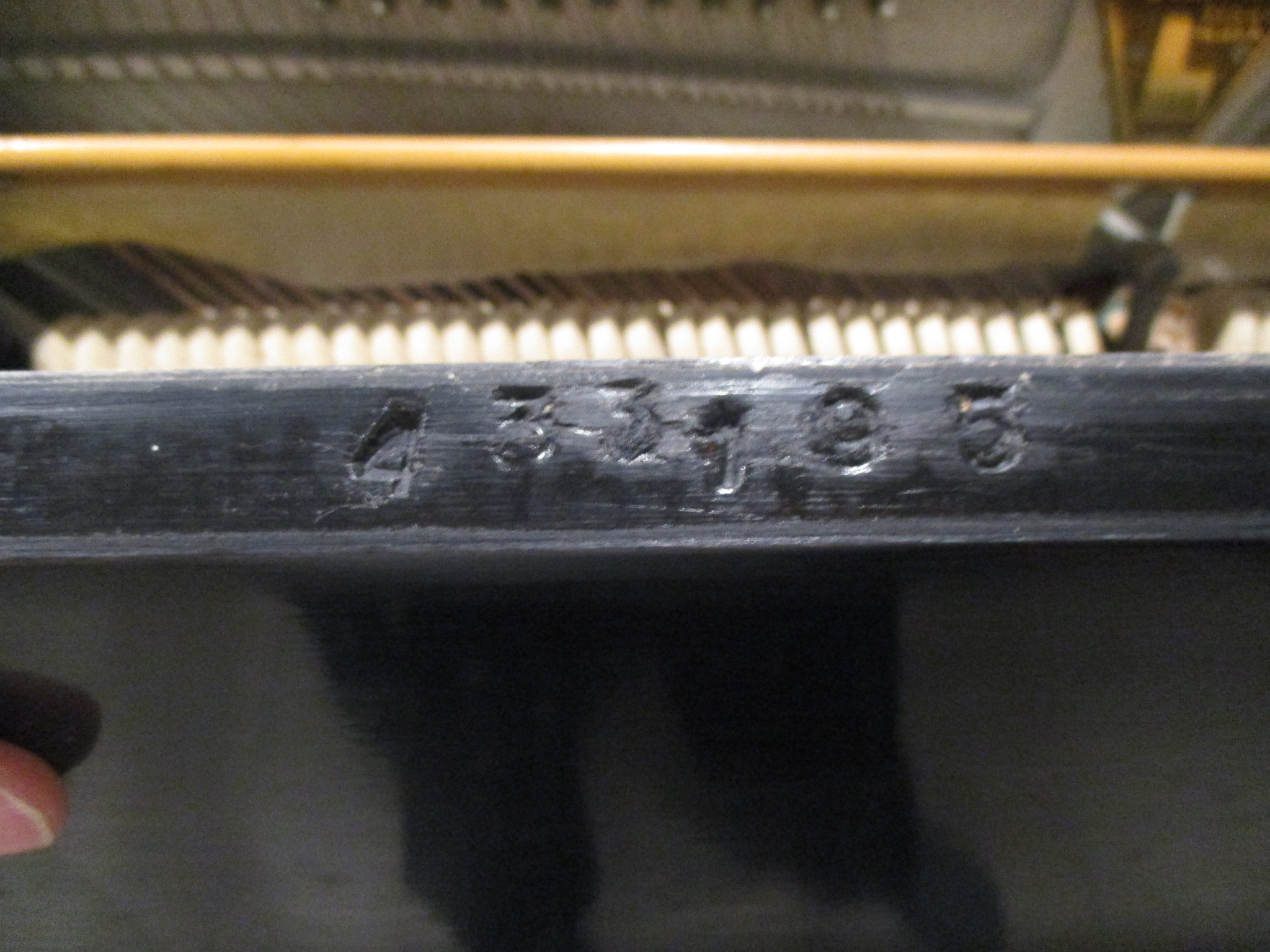 Did a google search but nothing came up. In the list of JC Fischer piano serial numbers, they are indeed 6 digits but the highest they start with is 219.

Looking at the Bluebook of Pianos, it seems that the different companies had an agreement about serial number conventions. Many of them have 1974 pianos starting with serial number 430300 and 1975 with 433400. Could that mean that my piano was made in 1974, and was that company's 2,896th piano?! Or, did they skip numbers to allow for other information to be embedded into the serial number?

This is turning into a detective game. Last night, I discovered the numbers "352" stamped into the sounding board, to the left of the lowest bass strings: 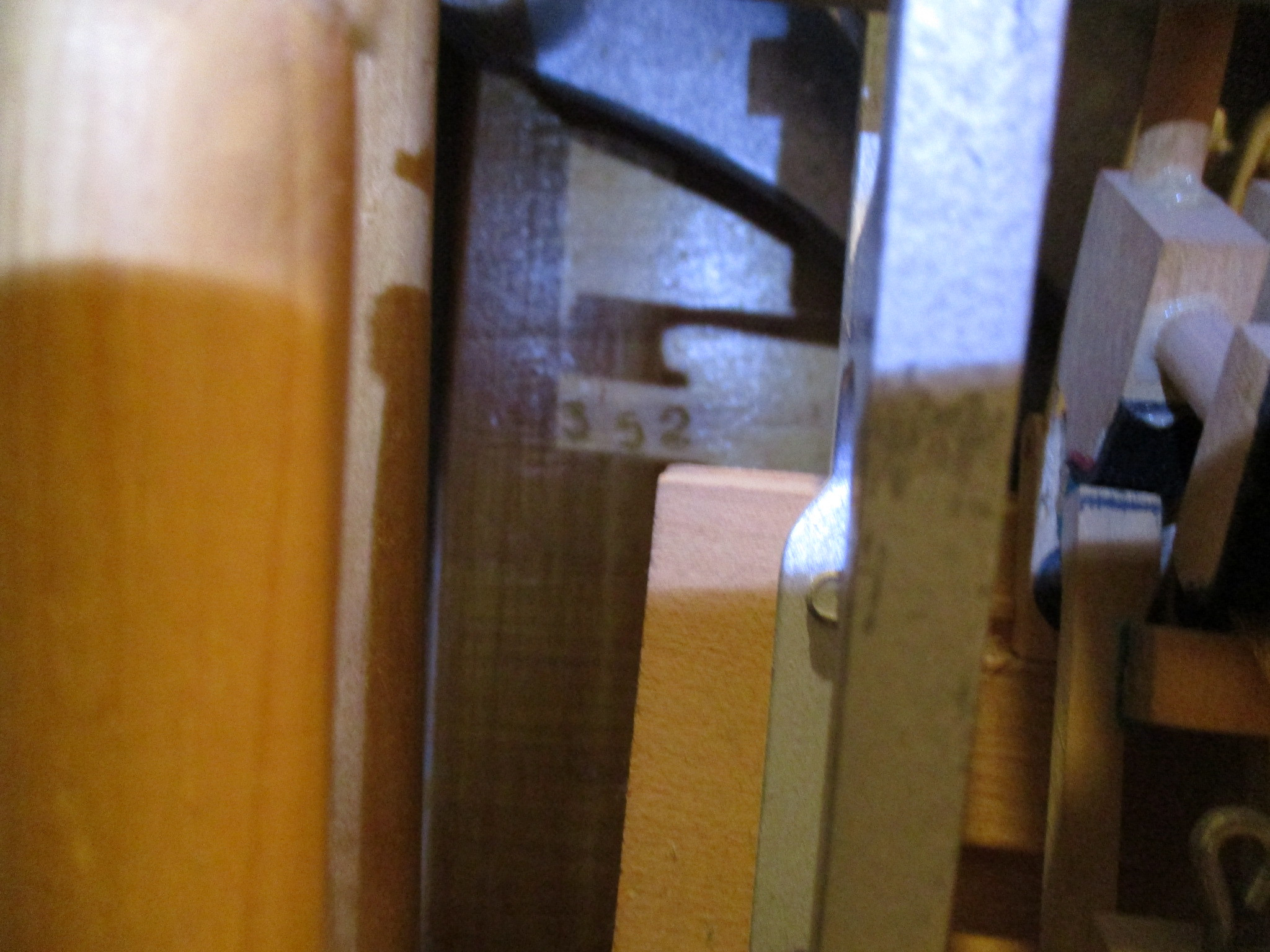 And then on the very back of the two very lowest bass keys I found some other etchings.

In front of the capstan (the cylinder that pushes up on the hammer) it says "39" on both keys: 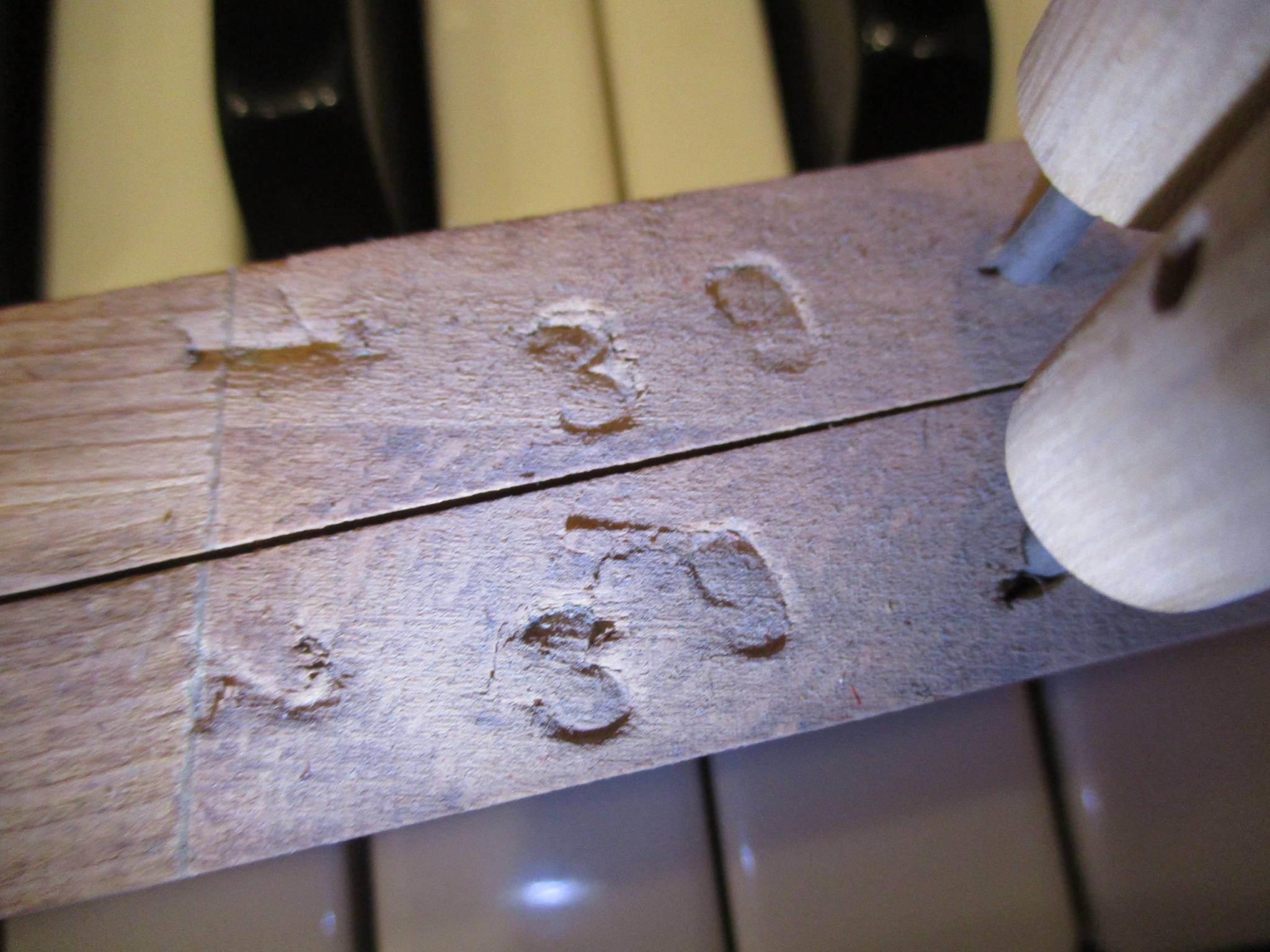 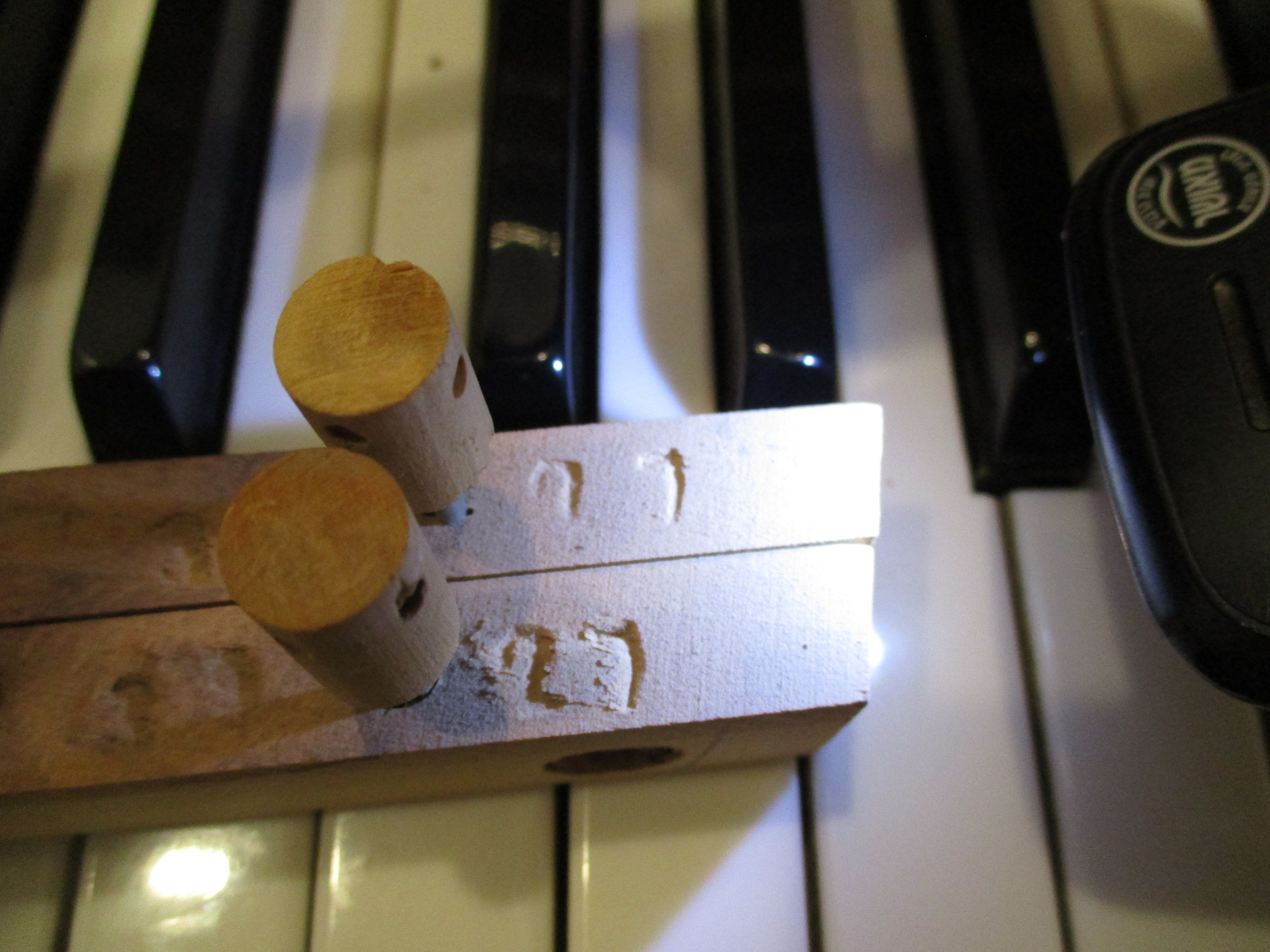 What do all these numbers mean?

The more I take apart this piano the more I discover.

Not an answer (yet), but too much for comments: here is additional information to assist in the search.

According to Total Piano Care, the places to look for the serial number are

If you cannot find the serial number in any of the locations listed on this page, please watch the video below, to help find more piano serial number locations.

The second image seems to say VII-79, which would indicate that the frame was cast in July of 1979.

The serial number, by contrast, indicates that the piano was built by Aeolian in 1974:

Aeolian acquired J & C Fischer in the 1940s and sold its pianos under dozens of brands. This is consistent with the branding being present only on the plate that is screwed onto the frame rather than being cast into the frame as is usually the case with companies that only sell their pianos under their own name (including older Fischer pianos).

I'm not sure what to make of the discrepancy between the frame date and the serial number date, however. I can think of several possibilities, none of which seems particularly likely:

Of course, I could also be misreading or misinterpreting the characters cast into the frame.

5
Why don't pianos use multiples of 12 for the number of keys?
13
What are the true frequencies of the piano keys?
10
Do pianos really need to rest before tuning, after being moved?
1
Can I use a pedal for Casio CTK-1200 keyboard?
10
Piano (sheet music) curves on top and numbers in circles
0
Piano no damping after transport?
2
Number appearing above two notes in tempo; how do I play/interpret this?
23
What was the motivation for the invention of electric pianos?
3
How to play this rhythm?