Tonic sol-fa gives names to the seven scale degrees then modifies the vowel sound of note names to indicate semitone modifications. It handles enharmonic respellings, so for instance, do di re ri mi is enharmonically equivalent to do ra re me mi

Regular stave notation has symbols for half sharps and three quarter sharps and so on.

Does tonic sol-fa have further modifications of the existing note names to describe quarter tone note names? Or is it 12-tone only?

There are some proposed solutions for a variety of tunings.

For example, here's a solfege for 31-EDO, attributed to Andrew Heathwaite. The same page contains links to systems for 17-EDO, 22-EDO, 29-EDO, and 41-EDO.

The original system was invented by Guido d'Arezzo (ut, re, mi, fa, sol, la) and pre-dates the major/minor system. It was later adapted for such.

Tonic sol-fa seems to have emerged in the early 1800s and is attributed to Sarah Ann Glover.

I never saw these syllables written down so they may not be spelt as he spelt them. (In the UK we really do spell spelled, spelt!) But he did invent a system called 'English solfege', and perhaps if you could track it down...

Salute, I'm a saxophonist and I've actually invented a solfège system a couple of years ago for personal usage which can deal with quarter tones.

The basic principle is simple, keep the natural Italian note names, no matter you're using Si or Ti for the 7th note of the diatonic scale. Then, if the accidental is sharp, change the vowel to "u" (like "u" in tuna) and if it's double sharp than "ü" (of German language), if it's flat change the vowel to "ə" (like "a" in tuna)and if it's double sharp then "ɚ" (r-colored ə, like "er" of brother). For quarter tones if it's one quarter, add "k" as suffix and if it's three quarter than add "t" as suffix. For example, "Dut" refers to Do three quarter tones sharp (3/4 sharp), "Lək" refers to La one quarter tone flat (1/4 flat).

Since they're based on original note names, there is no problem using it as movable-Do. Also for all 63 syllables, no exceptions of the rules and no conflict syllables. 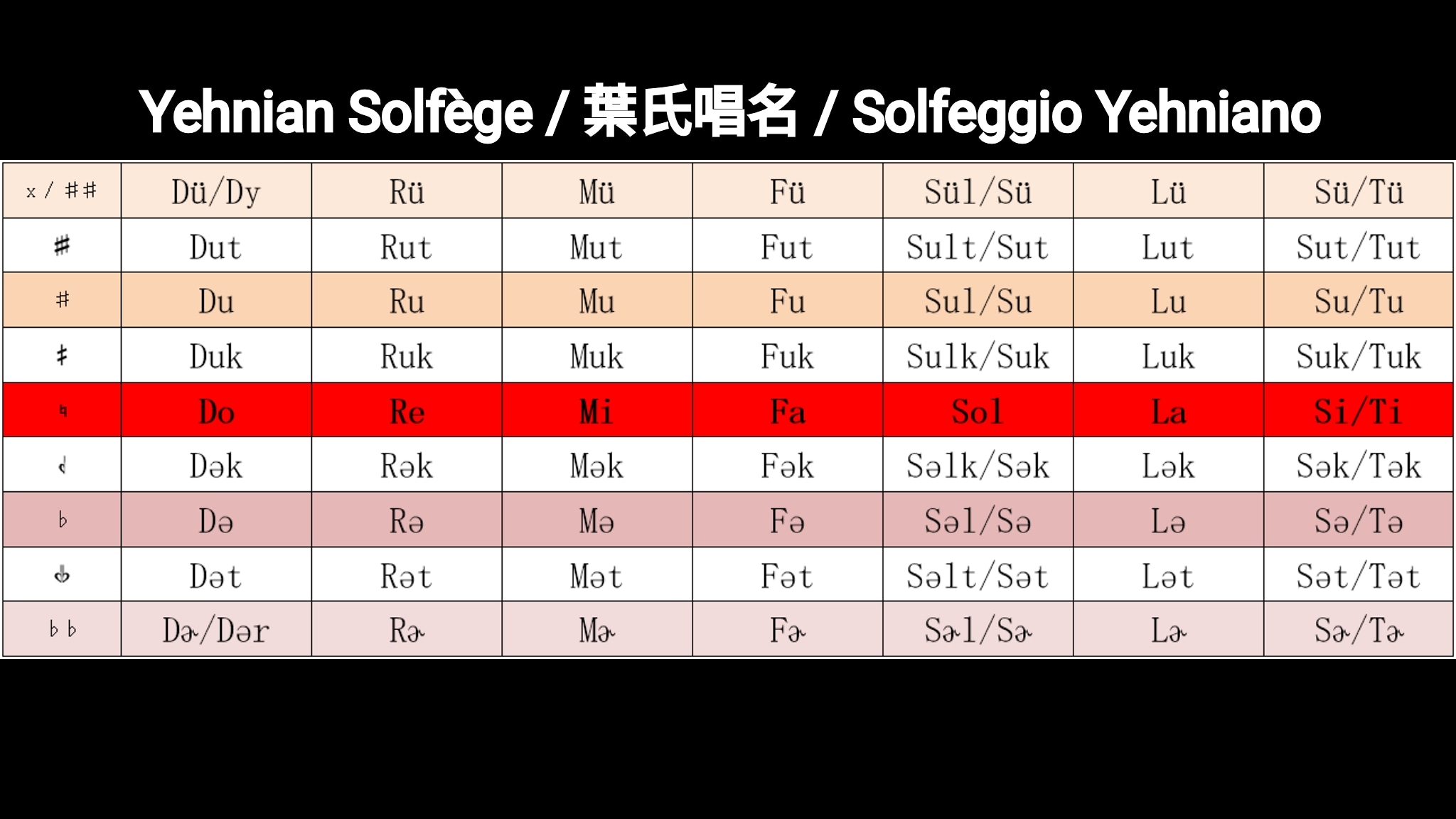 Here is an analysis-introduction video I made for further story:

The video is about 20 minutes long, if you don't have time here is the article version. Hope it could give you some thoughts!
Share
Improve this answer
edited Mar 4 at 10:07

Apparently there are such systems, but I don't know how much they have been adopted.

But that conflicts with chromatic solfege...

Not the answer you're looking for? Browse other questions tagged solfege microtonality or ask your own question.

32
What are the Solfège names of the semitones between the basic do, re, mi, etc?

4
What exactly is the "tonic sol–fa" system, and how is it different from solfège?
7
How do French and other Romance language speakers cope with the movable do system?
2
How are key signatures for quarter tones denoted?
5
Key signatures with Quarter Tones