What do back-to-back crescendo-decrescendo ("<>") markings mean?

Okay, So I understand the staccato and crescendo and diminuendo markings, and the accent mark...

But what does the less than and greater than mark that I highlighted mean?

This is Czerny, First Instruction in Piano Playing. 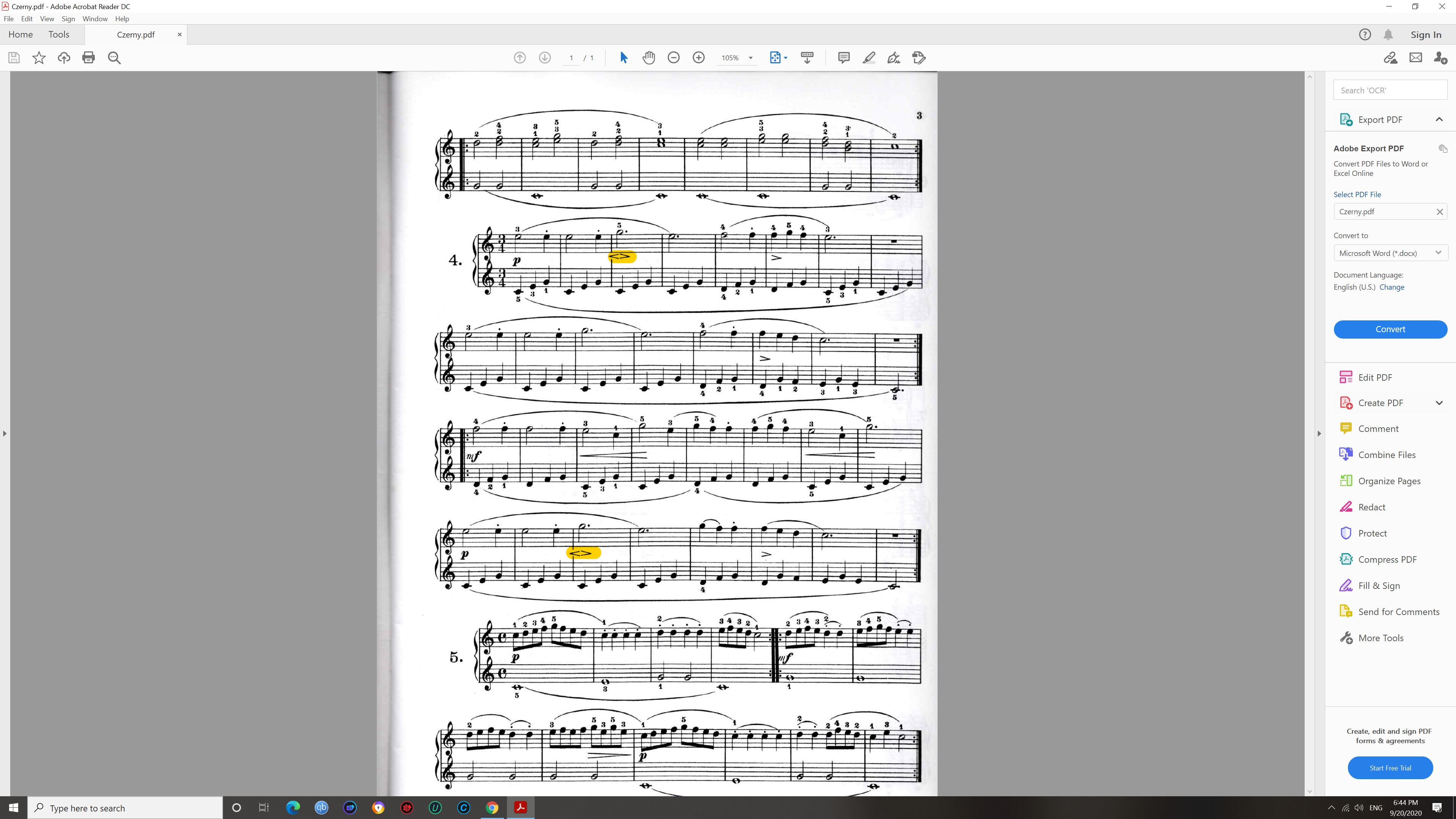 For the crescendo and descrescendo mark: small to large means crescendo; large to small means decrescendo. Sometimes the amount is indicated by a dynamics letter (f, ff, p, mp, etc.) and sometimes, one must use one's own judgment.

The short cases highlighted in the example are a bit unusual. These are common in voice or wind or string instrument parts but not so common on the piano (or organ but would work on an accordion or concertina or bandoneon). Apparently one is supposed to articulate things so as to give the impression that the single note is gently made louder than softer.

The notation can mean two slightly different things. In the Czerny case -- and generally in piano music -- it means to "lean into" the note. Outside of MuseScore, which calls it a "soft accent", I'm not aware of an official term for it. (I found no listing in The Oxford Companion to Music, among other sources.)

It can also indicate a swell, or messa di voce, which does mean an increase and decrease in volume on the same pitch. MuseScore includes this as a separate symbol, vertically wider than its "soft accent" symbol.

Dolmetsch online, which also uses the term "closed accent", gives only a single symbol, but with multiple meanings.

in nineteenth-century German non-vocal music the < > sign can represent a stress or accent as opposed to a crescendo followed by a decrescendo music. In such a case, the marking apparently indicates a kind of "warm", not too powerful, accent with implication of vibrato where appropriate. (emphasis mine)

Schumann, for example, uses this marking in "Melodie" from his Album für die Jungend (Op. 68, No. 1).

11
What should I do about composing 'soft' accents for piano?
4
Clementi Op. 42 Lesson 5 Arietta (ABRSM Grade 1, A1), use of crescendo and diminuendo
7
"Crescendo" vs hair pin
23
Why crescendo or decrescendo over one long note in piano music?
4
MIDI volume level and expression interation
3
Crescendo and accelerando throughout, how?
4
Does Sforzando really mean a stronger accent?
3
Repeated forte dynamics in more than 10 measures, What does that mean?
5
Is there a difference between 'decrescendo' and 'diminuendo'?
11
What does this sideways triangular marking mean?