Where should I put the bass clef? Before or after the repeat sign?

So I'm in the middle of writing the second movement of a duo sonata for Violin and Cello.

The cello goes into the tenor register for a decent amount of time, thus me writing the tenor clef. But where should I put the bass clef? Because I know it will go back to bass clef.

I'm using MuseScore to notate it, so I'm not sure that I can put a clef between the last note and the repeat sign. So, if that's not an option, I'm stuck with 2 options. That lush D major chord you see at the second volta, that's the start of the B section. I don't know yet if I'm going to have a repeat there or not, I'll continue with the D major and see where that takes me before I decide on that.

Option 1: Before the repeat

Here, I would put the bass clef where I think the register fits. Here's what that would look like (I'm going to change the piece name later, as only this second movement is in B minor): 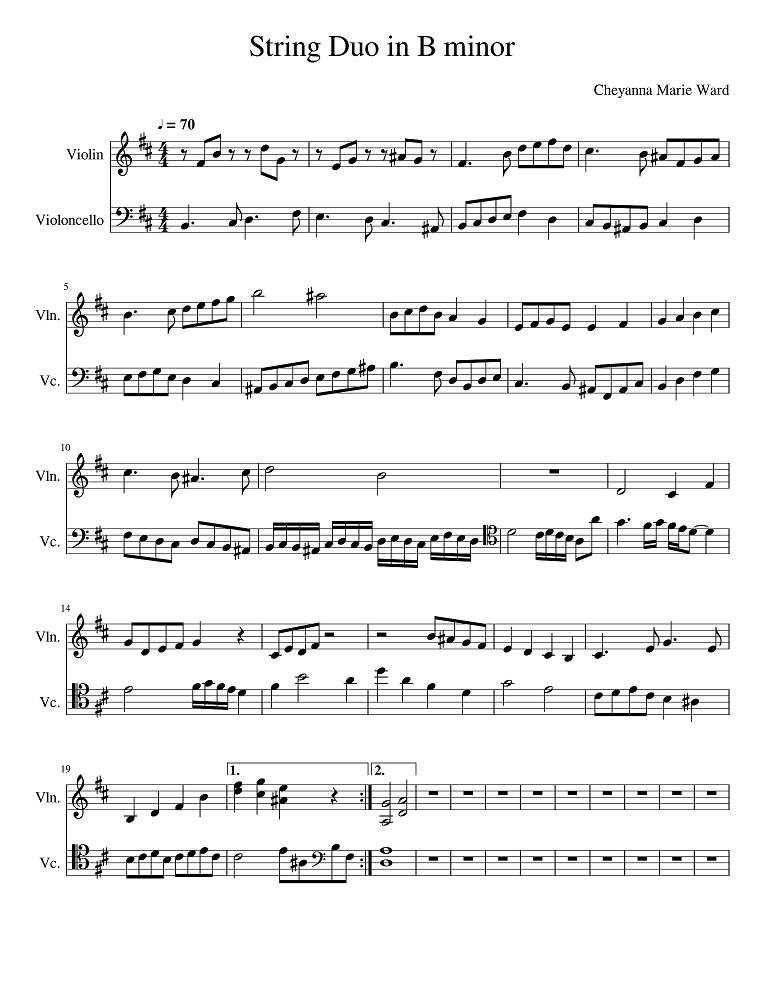 The thing is, would I need to put a second bass clef after the repeat as well if I did this? Or would the cellist know from playing the first volta, that the second volta is also supposed to be in bass clef? I know clef changes in volte normally only apply to said repeat and not to the next volta, but I also don't want to notate bass clef twice in subsequent measures if I don't have to.

Option 2: After the repeat

Here, I'm doing something similar to some Mozart pieces I've seen that involve changing clefs at repeats (Old editions of Fantasia in D minor for instance), not writing an actual clef change until after the repeat. Since the first volta only goes down to the second line in tenor clef, I think I'm okay with this method. But would it be ideal? This is what it would like: 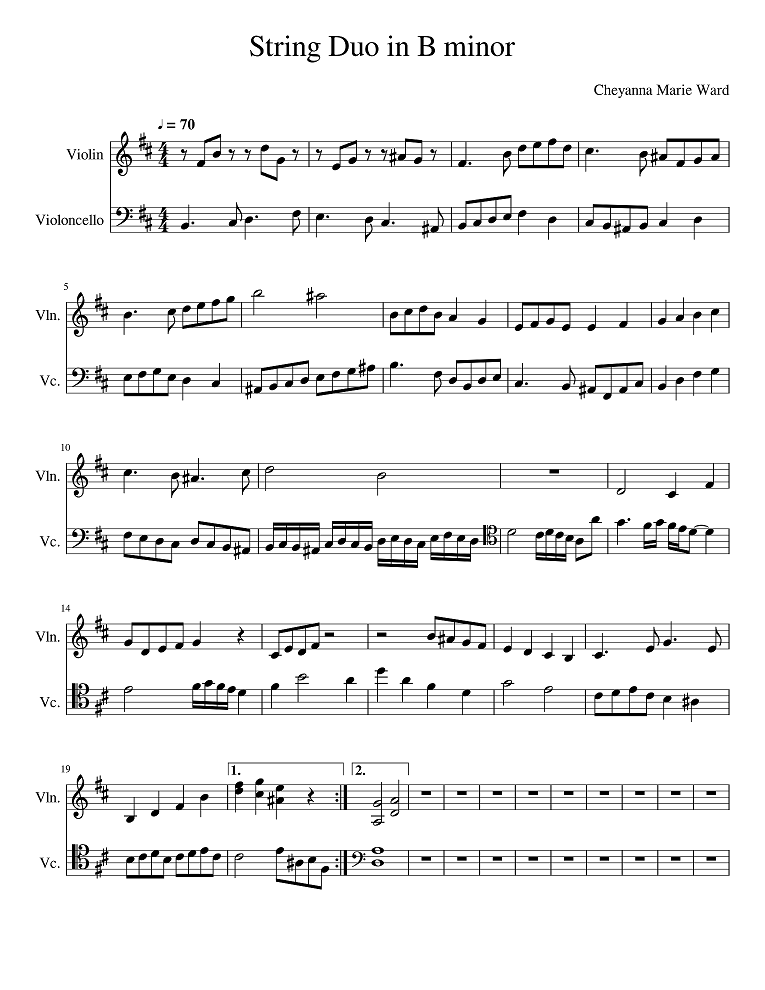 On the one hand, this makes it clear to anyone that the D major in the second volta is supposed to be in bass clef. But on the other hand, what about that repeat back to the B minor in the first volta? Is that measure of the first volta too low for tenor clef on beat 4?

As you can see, there are pros and cons to both options. But which one is better, before or after the repeat sign?

Neither!
Keep clef changes as far away from repeats as possible!
Prefer placement:

I would say it's not good. Often clef changes do occur at the end of a section. It's an extra thing to think about. I suppose my reasoning is space out the complexity rather than have it all at once. Clef changes often thought of as a demarkation of rhythm and end of phrase is a good place. Gould, p8 "... enables the reader to see the pitch contour of the phrase intact". I'm horrified looking at Brahms piano music (Webern does it too) for too frequent clef changes (but sometimes the only way). Also repeats can happen over a page turn (really bad layout, avoid if possible) and with added clef change complexity it's even worse. Gould, p234–235 has additional info on clef changes at 1st repeat but not applicable here.

Both!
(As mentioned by @user70304) Elaine Gould's Behind Bars discusses placing clef changes coinciding with repeated sections on pp. 234-235. There are a few examples given on these pages, but none are a perfect match for your case. However, the justifications given for when/where to place the clef are directly applicable:

"When a clef, key signature or time signature changes during a repeated passage, it must be reinstated for the repeat."

"A change that affects the music only after a repeat goes after the repeat barline."

If we apply both of these quotes we realise that we need:

Sure, it does look a little strange to have two bass clefs in subsequent measures, but if you follow the bars of music in the order that they are to be played, it makes perfect sense, both symbols are necessary because each one is doing something different.

PS: I think this is the same as what @LawrencePayne has suggested, but I think it is valuable to back this idea up with quotes from Gould, and to show what it will look like.

As for getting this to work in MuseScore is another question:

NB: You can use the uncheck-automatic-placement method to put a single clef between the last note in the first ending and the repeat bar line, but that would probably be interpreted by the performer as remaining in tenor clef.

Of your two proposals, I think the first is most clear.

However, I recommend a third option: Put the new clef before the the final quaver (eighth note) of m. 19. That way it clearly applies to both endings, keeping the preceding ascending run intact but preserving the repeated note into the first ending.

FWIW, you can in MuseScore fudge the courtesy clef before the repeat sign. To do it, add the clef to the final note of the measure and then change the clef's X offset property to shift it to the other (right) side of the note. Just know that you'll then have to transpose the note so that it appears on the correct staff position. To fix the playback, if you need it, create a second layer that includes the note at the correct pitch level. Set the second-layer notes to be not visible, and turn off playback for the "bad" pitch in the first layer.

As you have it in Option 1, another bass clef is required at the start of the 2x bar. OK, a player would probably recognise the omission as a misprint and play the right notes, but it still WOULD be a misprint!

On the whole, I prefer Option 1 (with the additional clef in bar 21). It makes musical sense, and doesn't prompt 'why did it come out of tenor clef THERE?' as putting it earlier might.

Though this might be a small price to pay. It would solve a lot of problems if you put it before bar 18.

Not the answer you're looking for? Browse other questions tagged engraving musescore clefs repeats or ask your own question.

5
LilyPond vertical spacing, alternate endings, and chords
4
Why have a clef change right after a previous clef?
10
How to write a score that begins with a pickup note and repeats
5
How to write down this cadenza in Musescore?
2
Unnecessary and confusing bass clef in Mozart's Fantasia in D minor, Why?
1
How do I reasonably deal with a clef change?
6
Interpreting Concert Scores
4
When should tenor clef be used?
9
Notating a note sustained over clef change
2
Notation for 8va on the repeat