Specify Whether the Chord Is Within the Scale

I've learned that to get a diatonic scale I take WW H WWW H pattern (w-whole, h-half step). And for the C key I get:

And another pattern I ii iii IV V vi viio (I) tells me the quality of triad created on given note as a root. And as far as I understand, those notes (root + thirds) are in key of Cmaj. 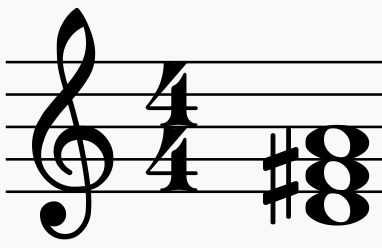 But when I create that chord, which is a Dmaj, and theoretically it breaks the progression pattern, does it count as a chord within the key? Or this slight change makes the note outside the key of Cmaj?

If you (quite reasonably) define the chords that can be made from the notes of the C major scale as 'in the key', yes, chords that use other notes not in the scale are 'outside the key'.

But that's such an obvious answer, implicit in the question, that I think you may really be asking something slightly different. Are you wondering whether a D major chord is ALLOWED in a piece in C major, whether introducing it necessarily establishes a different key?

The answer is that yes, 'foreign' chords are allowed, and while they MAY be used to take the music to a different key, they often don't.

True, it is outside the diatonic notes - let's face it, F♯ isn't one of those! So, it's not strictly within that key.

It's a secondary dominant, and as such, leads the music on to another diatonic chord - the dominant itself.

EDIT: - with reflection, the question itself is asked in a naiive way (with respect). It asks two questions - whether the chord D is 'within the scale' (header), then at the end whether it's 'within the key'. The two are not interchangable. 1st answer - no, it's not within the scale - it cannot be - there's F# included. So it's not diatonic.

2nd answer - within the key - certainly, as any key will use, or has the propensity to use - at least the secondary dominants that are inextricably associated with that key. Thus - sec. doms which could actually move diectly to a diatonic chord (but don't necessarily have to) are:E(7), B(7), A(7), D(7), even C7, none of which are diatonic, all of which are 'within the key'.

As stated in gui3's comment, F# does get found in a parallel mode - that of C Lydian. It's fairly common to use parallel modes or keys, which will still use the original root (here, C), but change certain other notes (here, F>F#). Thus, in C Lydian, the triad built on root D will be D, F#, A - D major.

Music is culture, not a natural science, logic, measurements and calculations like you have in physics. You should approach this issue more like a language course than a math lesson. It's closer to "how to order a pizza" than "how to calculate the circumference of a pizza".

Saying something about the key of a song is more about the home note and the primary harmonic feeling around it than about "allowed" notes. When someone says "let's play this in C", it implies that the tonal center or home note of the song is going to be C, and that the tonic chord or home chord is considered to be C major. In other words, the key of the song is C major. If the person telling you about the key had considered the song to be mostly minor in nature and thus the home chord being a minor chord, they would have said something different like "let's play this in C minor".

The other thing you can assume after being told the key is a default scale of C major, C D E F G A B, and key signature of zero flats or sharps. But that's not a list of allowed notes. Diversions from the default are marked note-by-note with accidentals in notation, and I'm sure you've seen those in songs. You don't "break" the key with notes outside the default scale.

Having a D major chord - or any chord or note - in a song that started in C doesn't necessarily change the key, if it doesn't change the feeling of where home is and whether home is minor or major. It's very common to have a few notes outside the expected default scale here and there. As long as the main home chord is C major, the song is in C. If the home chord moves or changes permanently or semi-permanently, and the default scale changes together with it, this is denoted by a key signature change in notation.

Modes like Lydian can make this a bit more complicated, but you can think of them as rare special cases, or not think about them at all. If your home chord is C major, but there are so many D major chords and F# notes all over the song that you actually consider F# instead of F to be the norm for that song's feeling and nature, while still having C major as the home base chord, then the song is in C Lydian. Then one could perhaps use a key signature of one sharp like in G major / E minor. But then again, I'd consider it just as justifiable to write a key signature with no sharps or flats like in regular C major to tell the reader that the home chord is C major, and explicitly denote all F# notes with accidentals.

Basically, the diatonic chords would be those that fit the key signature. Although that is complicated in minor key music where accidentals are used to raise the seventh scale degree for dominant harmony and those dominant chords are generally considered diatonic in the minor keys.

So, your D major chord in the key of C major uses an accidental and would be considered chromatic harmony.

...theoretically it breaks the progression pattern

"Breaks" might not be the best description. That sort of sounds like the sense of key is obliterated, but that isn't necessarily the case. You might say some chromatic chords are more of less foreign to the prevailing key.

Chromatic chords are used deliberately to modulate (change key) because while such chords are foreign in one key they can be diatonic to a new key. Your D major chord could be used to change from C major to G major. In that case (very common) we can't really talk about the D chord being absolutely chromatic or diatonic, because the context, the key changes. In real music harmony is constantly in flux that way.

Apart from modulating to new keys, there are a number of super common chromatic chords:

Each of those types typically moves to some other diatonic chord. So while they add chromatic "color" to the harmony, their movement to diatonic chords maintains the stability of the key.

Not the answer you're looking for? Browse other questions tagged chord-theory diatonic or ask your own question.

2
What is the origin and advantages of this system of chord naming/ notation? e.g. G7 is major minor seventh not Dominant 7th
4
Chord construction using the minor scale
4
Available Tensions for Modal Scale Degrees
5
Determining the seventh chords of a key
1
Chord progression leading using B lydian (and others)
3
Finding diatonic chords on guitar?
5
Are all diatonic chords in the diminished scale diminished?
3
Are all triads of a key, composed of notes in that original key?
2
Passing note vs changed chord
2
Applied Chords - can ( I / III ) be a valid formula for an applied chord?