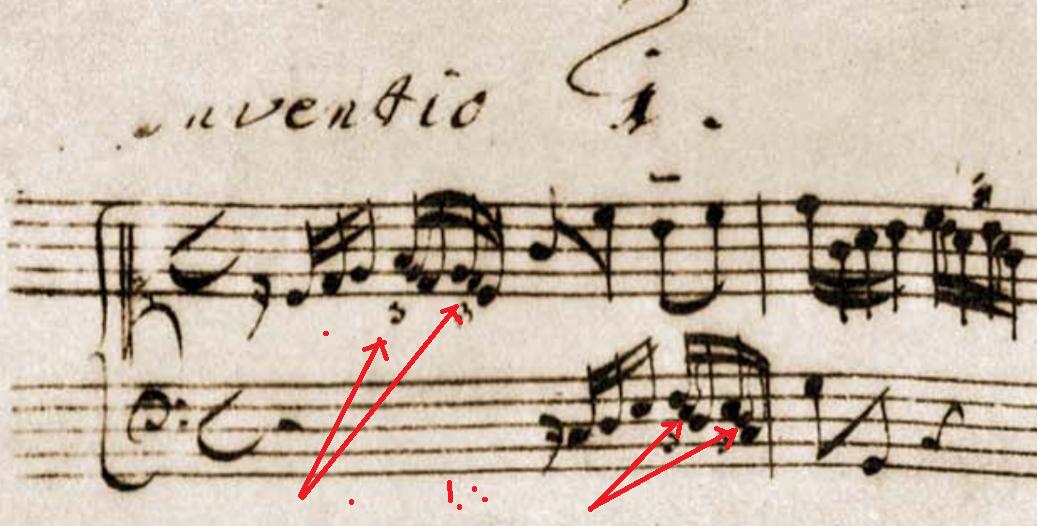 5
Different versions of mordents in Bach Invention No. 1 In C Major, BWV 772

4
Performance practice of baroque triplets
13
What does a mordent written to the left of a note mean?
4
On Bach' fourteen canons
5
Is 2 measures sufficient for a fugue subject?
4
Should I use the sustain pedal when playing Bach fugues?
2
Limits of interpretation in timing in a Bach piece
7
Has the Bach Compendium been completed?
7
Did Bach name his pieces?
4
Did Bach call for male countertenor for the Alto solo part for his cantatas / passion oratorios?
1
what is written in the end of (manuscript) fugue of BWV 998?