I know that interval between those is identical, but very often I see that instead of typing CM2, people use Cd3 to indicate the interval. Isn't simpler to simply use fewer accidentals and make the score cleaner? 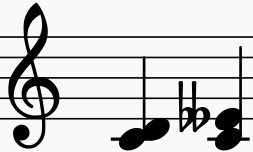 Does calling notes a diminished third can mean something different in a specific context than the major second?

Notice that in all cases (shown here, at least), the diminished third arises from surrounding a target pitch with the notes a half-step above and below. That is, a diminished third follows the "rule" that diminished intervals resolve inward to a unison.

Try playing these three exercises. All three, in their penultimate measures, use the same two pitches -- Ab and Bb, enharmonically speaking -- but sound quite different. Repeat the scale measures a few times to orient your ear to the key, then play the ending. (Note: These are not constructed to be realistic examples; just ways to hear the contextual differences in sound.)

Those context-dependent differences in sound are the reason for the distinction of the intervals in theory and when notating.

Diminished thirds don't occur naturally in diatonic scales; they arise from chromatic alterations. For a sufficiently experienced reader, alerting them to the alteration gives information about what's happening in the music and what may be coming.

In LaurencePayne's F7#5 example, the C# indicates a likelihood that pitch will proceed (resolve) to D.

Respelling the chord to use Db suggests a different resolution (and renames the chord). (Note: I've displaced the b13 by an octave for the illustration).

Another respelling (and revoicing) of the chord gives an inverted augmented sixth chord and, again, another resolution. 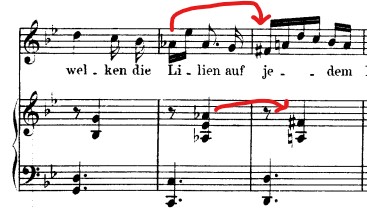 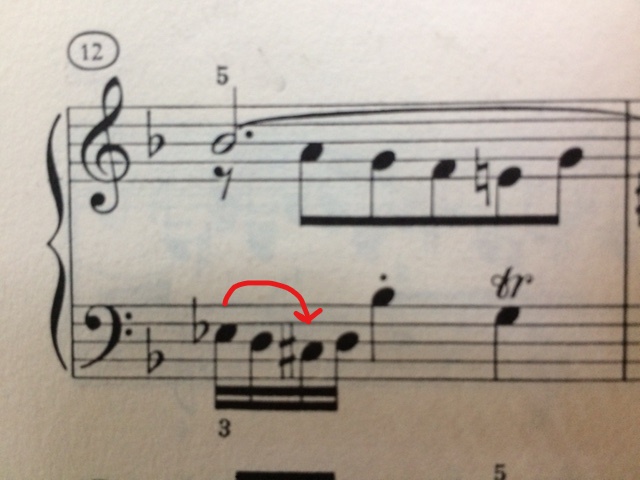 In Brahms's German Requiem, a diminished third (one of many diminished and augmented intervals in the piece) can be found in the Alto part at m. 72.5

Note that were Brahms resolving to Gb Major rather than F major, he would have written the Alto B as a Cb; i.e., a minor third with the tenor.

You've picked an extreme example! Outside a theory test paper, a diminished 3rd is more likely to look like this. Maybe within a dom7+5 chord.

Not the answer you're looking for? Browse other questions tagged chord-theory intervals or ask your own question.

9
Why call a major second a diminished third?
5
Why does Hindemith say to avoid augmented and diminished intervals?