If I wire two pickups to a single volume pot:

The bass is an OLP 4 string MM. It has a single humbucker but has wires for the individual coils and is wired passively like two single coil J pickups, volume, volume, tone. I’d like to add a 2nd P style pickup. I thought I’d combine the hot wires of the two halves of the MM pickup to a single pot then wire the P pickup to the second pot. I think it should work (the operative word there is “think”). Any thoughts or suggestions would be appreciated.

I wired the hot wires of both coils of the MM to one volume pot and routed a cavity and pick guard, installed the P pickup and wired it to the second pot. Works like a charm, a P and MM sound on one instrument! Here’s a pic: 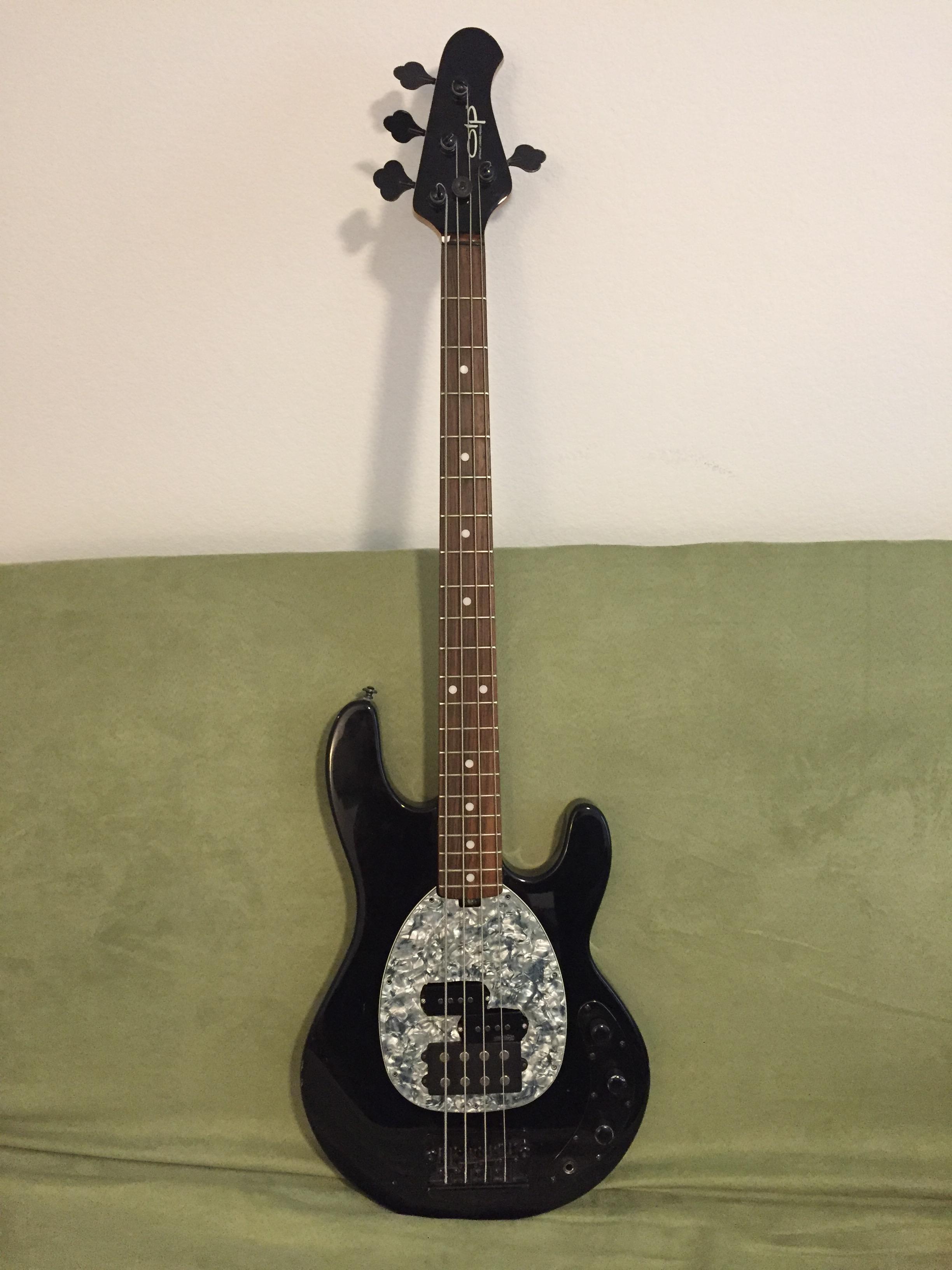 Will they both work?

Yes, if you wire them correctly!

Will they be wired in series or parallel? I suspect parallel but am hoping someone with more knowledge about this will know for sure.

This depends on how you wire them! Normal configuration is parallel. Also, pay attention to polarity: I assume you want the pickups to be in phase.

There are many diagrams in the internet. Pay attention to details you didn't specify: is there a pickup selector switch, are the pickups single coil or humbuckers, is there a tone knob?

Will they be wired in series or parallel?

Both is possible, and will yield very different results. Wiring two pickups in parallel changes nothing about the output voltage (or, gives you the average voltage), so the level will stay similar to that of a single PU, but it halves the inductance / impedance. As a result, both cable capacitance and resistive loads will have less of an influence, meaning you get a brighter sound than each individual pickup. This is what electric guitars achieve with their two-pickups positions in the PU selector (often misleadingly called “out of phase”).

Wiring in series meanwhile doubles all of voltage, inductance and impedance, thus you'll get up to 6 dB hotter output – but also significantly darker sound since the cable capacitance will drag the cutoff/resonance frequency much lower. This is the main principle behind a “humbucker sound”.

Both configurations will of course result in some of the partials cancelling out between the pickups, but this actually isn't all that different from how even a single coil has zeroes at the frequencies where a string has a vibration node over the PU.

Not the answer you're looking for? Browse other questions tagged bass-guitar electronics or ask your own question.

17
Bass Guitar - Practicing and Improving
9
Passive and active pickups for bass guitar
2
Would it be worth buying better pickups for a cheap bass guitar?
8
Can you play metal on single coil pickups?
1
Bass is picking up hum - did I damage the pickup?
1
Volume knob on guitar has no effect when rolled
2
DiMarzio Bass Pickups
2
A flat question [bass guitar]
2
Bass guitar strings