What is the name of this bowing technique for strings?

It is basically playing all 4 strings consecutively creating an "undulation". HOWEVER, not in the staccato slurred style, just the slur (not staccato ie not ricochet bowing)

To be precise, the notation generally doesn’t (and shouldn’t) specify an exact technique. The notation should specify an intended sound and the player(s) would determine which technique is best to create the sound based on the context.

Modern notation style and interpretation of the quoted passage is that each group of four notes is to be played with a single bow stroke (the slur) but the notes should also be articulated separately (the staccato dots). This is a bit of a challenge because the most common way to re-articulate on a string instrument is to reverse the bow.

One way to render this, especially at high tempos, is to basically bounce the bow off the strings while performing a single up or down bow. This technique is called saltato and if I’m reading it correctly (I don’t know how to play this technique) it is somewhat analogous to how a drummer bounces a stick from a drum head during a two or three stroke roll.

A composer can attempt to specify an exact technique in a score, but unless the composer is an expert on the instrument in question and/or consults with players, it’s often best to specify the desired sound and let the players do what they do best. This is one danger of using sample libraries for mock-ups: the composer could get lost in the weeds about the different samples articulations as opposed to focusing on the end result they desire.

It is basically playing all 4 strings consecutively creating an "undulation". HOWEVER, not in the staccato slurred style, just the slur (not staccato ie not ricochet bowing)

It is called "arpeggio" whether it is staccato or legato or whatever articulation is indicated. It can also be done over 3 strings.

Here are two examples from famous violin pieces by Bach and Paganini: 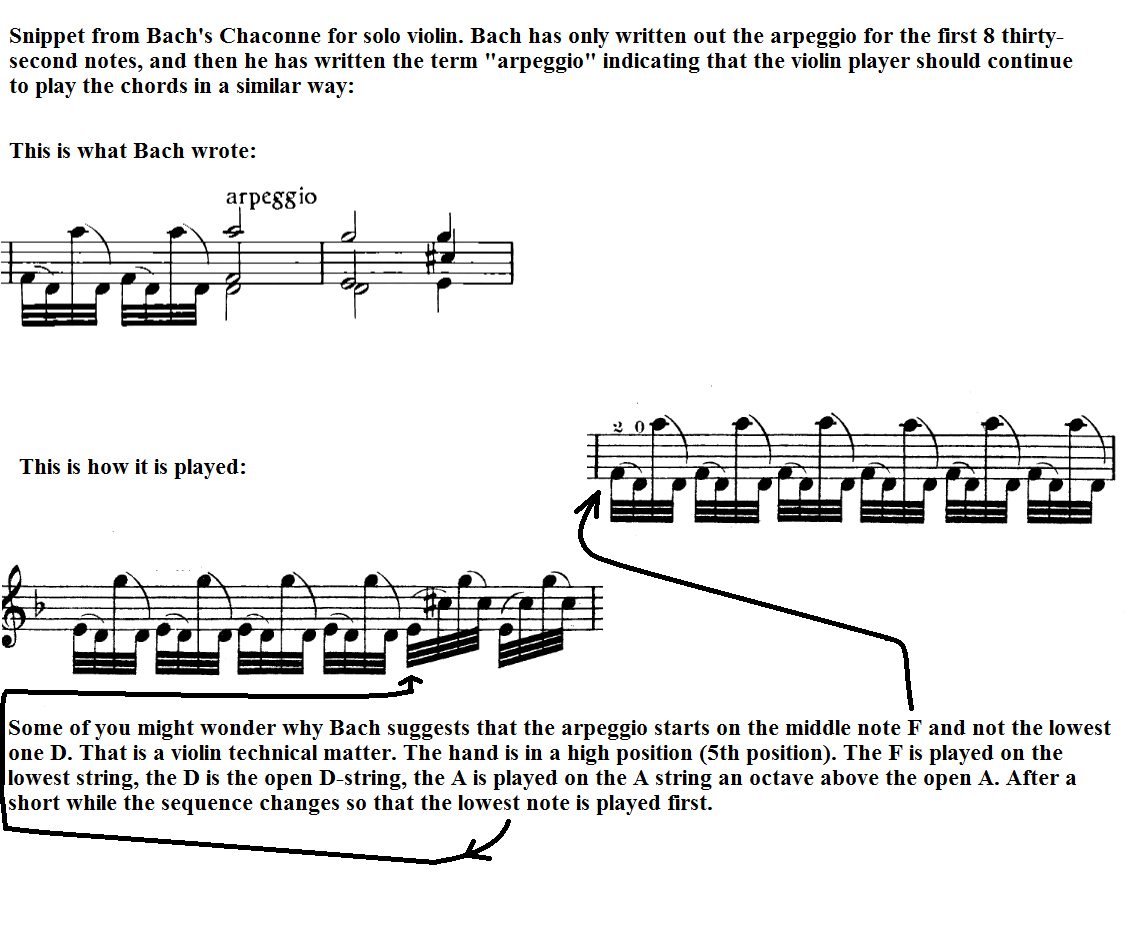 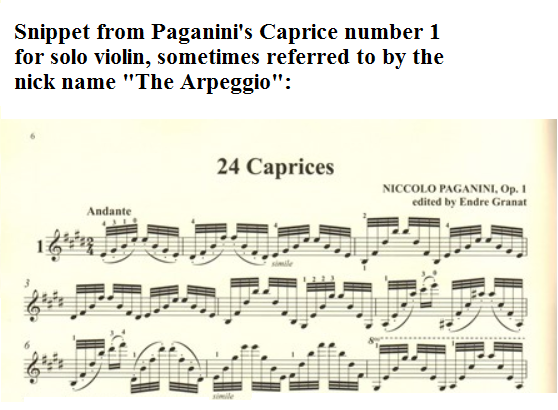 Not the answer you're looking for? Browse other questions tagged strings or ask your own question.

4
Why does my violin's A-string show signs of damage after only a week?
5
Getting a good sound from a 5 string violin
9
Buying nicer violin Strings
1
How long for uke strings to stretch?
1
Help with string gauges for my vintage bass
2
Optimal storage conditions for a violin
4
Is it normal for oud strings to touch other pegs on the head?
2
Breaking gut strings even if the instrument is 'parked'
8
Would fishing wire work for strings on an electric guitar?