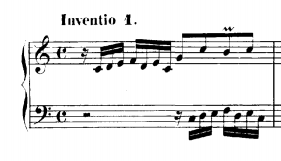 Not the answer you're looking for? Browse other questions tagged harmony counterpoint voice-leading or ask your own question.

8
Resources for "popular" counterpoint?
4
Are counterpoint and harmony mutually exclusive?
3
What is the purpose of voice-crossing here?
2
Another Counterpoint Dissonance Handling Question... Species Counterpoint
1
How did counterpoint, harmonic rhythm, and thoroughbass interact in the late-Baroque instrumental fugal style?
2
Is there a rhythmic counterpart to voice leading? Is counterpoint supposed to fulfill this role?
1
How much oblique motion is allowed in 3 part counterpoint
2
Unresolved, non-dominant sevenths in SATB chorale harmony
3
Are the rules of voice leading and the rules of counterpoint ever at odds with one another?
6
In counterpoint, is there a name for when a single voice can be understood as multiple different voices?