This font looks like this in the Ubuntu font manager: 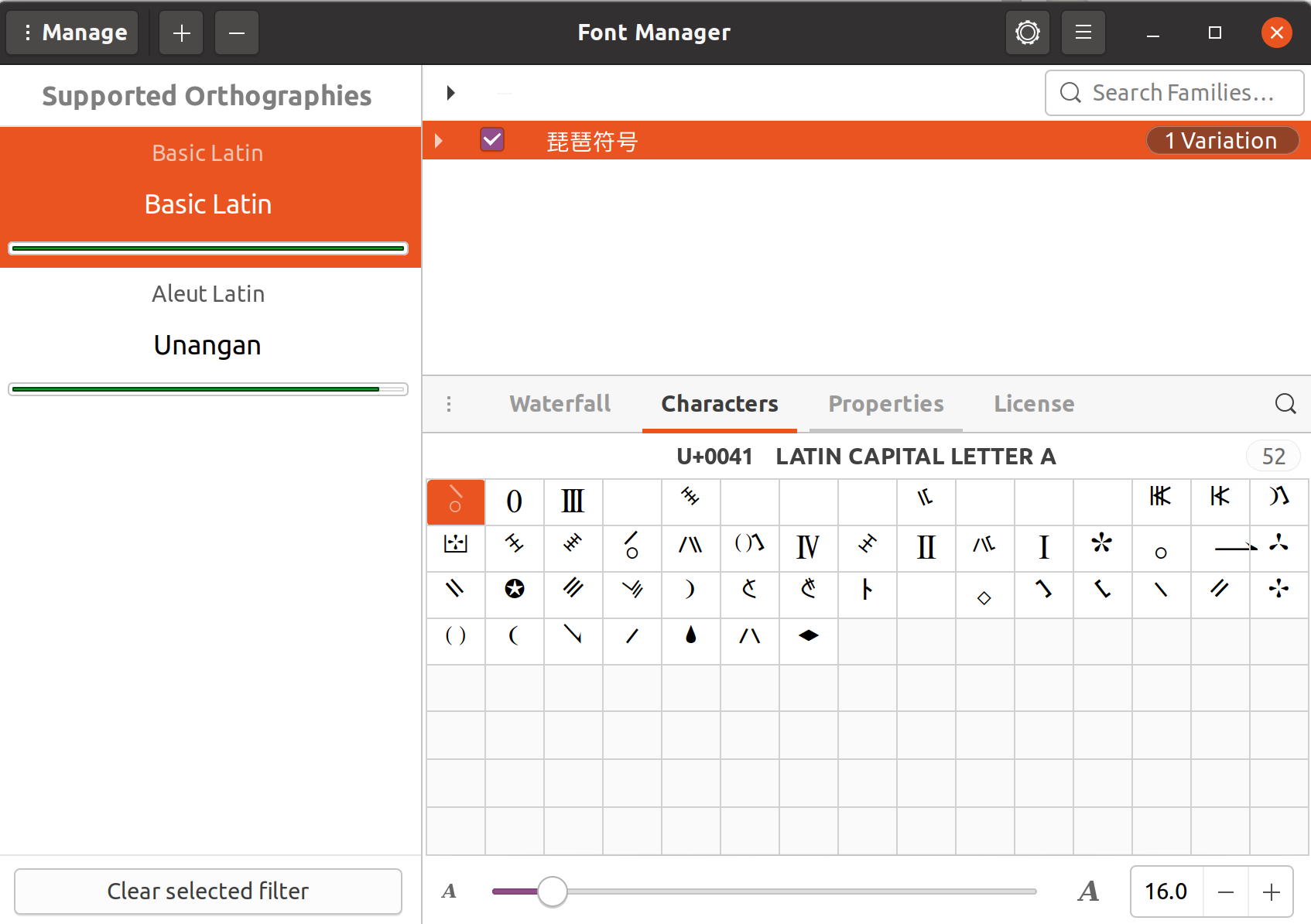 This font can be downloaded from my Google drive: pipa.ttf

Any help will be highly appreciated!

You can use any markup as a fingering, and you can override the font-name property in the markup to use any font you want. However, it is searched for by name, not by file, so you must install it into your system and let fontconfig know it is there (the file manager will probably install it correctly. If not, you could do it by copying the file into the ~/.fonts directory and running fc-cache afterwards (~ means your home directory and files/directories starting with a dot are hidden by default, so you may have to check something like "view hidden files". You may also have to create the directory yourself).)

Obviously it would be really tiresome to write this for every note, so it will be better to make a couple of commands for the fingerings, which you can use ever after. Here's an example (with a different font; it's a calligraphic font called "Lovers Quarrel"):

(In the first four lines, I just define the commands for four different "fingerings". You can make similar commands for any number of fingerings you want.) The result looks like this:

As you can see, the letters behave just like any other fingerings (because they are fingerings), going above the notes as long as you have single notes, and to the left when you use chords. If you don't like that, please see the fingeringOrientation property in docs.

Not the answer you're looking for? Browse other questions tagged lilypond engraving or ask your own question.