Piano: hold note but also free up hand to play other notes

I found out in a different post that the half notes below need to play in parallel with some of the notes that follow (here, until the end of the measure). That seems to be the significance of the note + rest stacked up like that.

However, it seems impossible to play this on the piano: for instance, for the treble, it seems I have to both hold the E key and play it again four more times while holding it. For the bass measure, it's even worse: my hand is stuck holding the octave and cannot possibly play any other notes (outside the octave) until I lift my hand.

If I were to use the sustain pedal, that would allow me to free up my hands while holding the note for the rest of the measure, but then the following notes would just become a messy jumble because the pedal doesn't choose which notes it holds, and will hold all of them. Those chords would not sound crisp.

Can you help me understand the mechanics of playing this measure? 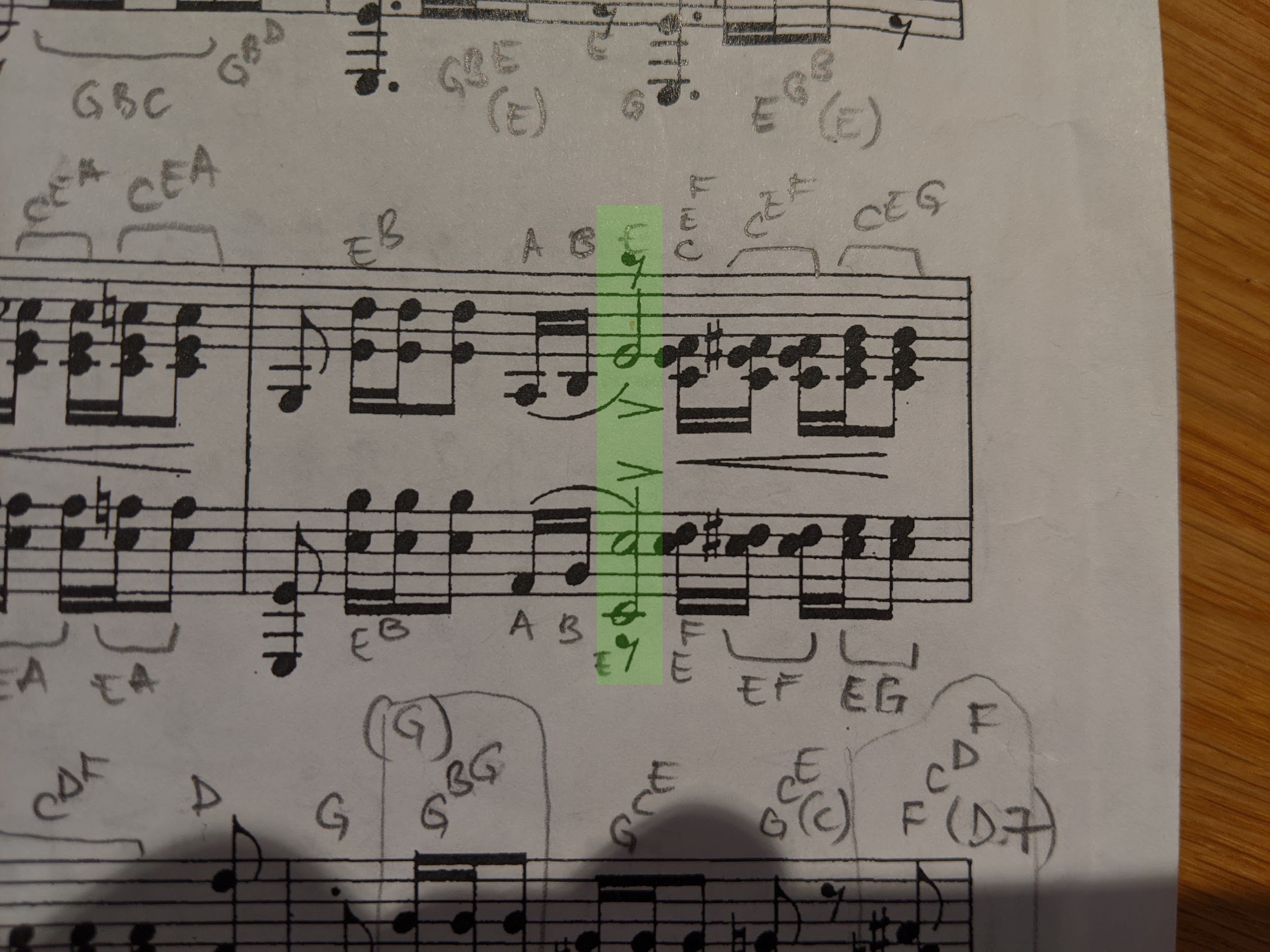 The way this measure of the piece is performed as follows:

This technique is used throughout the piece as needed.

It's always seemed odd to me that a particular note is written to be held, then it gets played again. Often it's a piece re-written for piano, from something that was originally for more than one instrument to play. That's easy then - one instrument holds a note, while another repeats it.

On piano, it's not going to sound like that anyway. One way round it is to use the sostenuto pedal: common on the left of the Atlantic, rare on the right. The sostenuto pedal works a little like the sustain pedal, but will only allow notes played at the time of pressing to continue sounding. So it will be useful at the minim, but will, unlike the sustain pedal, only let those long notes ring.

Another option, although not as successful, is to half-pedal the sustain, which keeps the long notes going slightly, but not make the subsequent shorter ones sound too long.

1
How to notate that the hand should be lifted after playing a note?
4
Pedaling in La fille aux cheveux de lin
2
If pedaled, must I keep holding a key down?
2
Understanding the ending of Debussy's La fille aux cheveux de lin
4
How do you play the middle D and F in this passage?
15
On a piano, are the effects of holding notes and the sustain pedal the same for a single chord?
2
How is this whole note intended to be played?
2
How to fix tension when playing octaves?
1
On piano how do I play one note, and the same note an octave higher with one hand?