How do I play the last chord of Scherzo, Tarantelle?

At the end of Tarantelle (and also at the end of the first presto), there is a chord with three normal notes and the fourth is an artificial harmonic. I know the harmonic works, because I tried it separately. Each time I play the chord, the fourth note, the harmonic, just won't work. It produces strange sounds (Edit : I checked the note, it is one octave lower than the desired sound), as if the chord's other notes' resonance disturbed the harmonic. And each time, I keep my hands still, and try the harmonic separately, it works. So is there a way to be able to play it with the chord or am I doing something wrong? 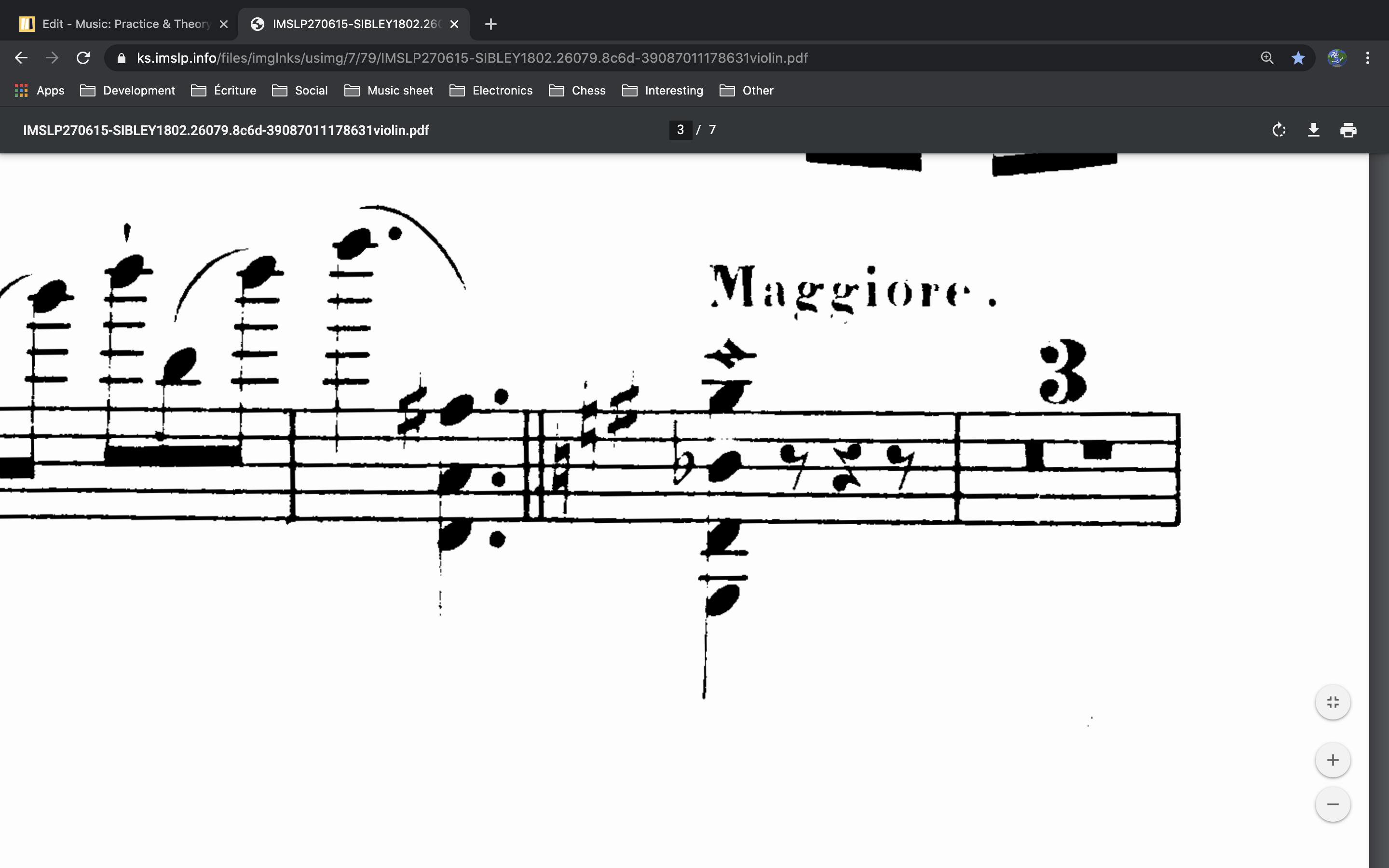 As normal, you play the lower two strings open. You then play the Bb on the A string. On the E string though, you hold down the note G while lightly placing your 4th finger where C would be creating that false harmonic.

Not the answer you're looking for? Browse other questions tagged chords violin harmonics or ask your own question.

3
What is this harmonic?
8
Can bass chord notes be different octaves after playing the root?
2
Forcing a slide between different chord shapes
0
How can I determine which chord to play?
2
Chord progression, how to add the bass properly
4
What are the full set of chords allowed in a Double Harmonic scale?
3
How should this “fraction” chord be played on a piano?
1
How to play Dmaj9 and E(4) on guitar?
4
How is this type of chord progression notation called?
6
How do ratios work within the harmonic series?