Why does this sheet music say A7sus42?

In the sheet music below, there is an A7sus42 notation above the 2nd half of the measure. However, the left and right hands only play A, D, G which I thought should just be an A7sus4 chord. Is my understanding correct? If so, why did the arranger bother including the the 2? 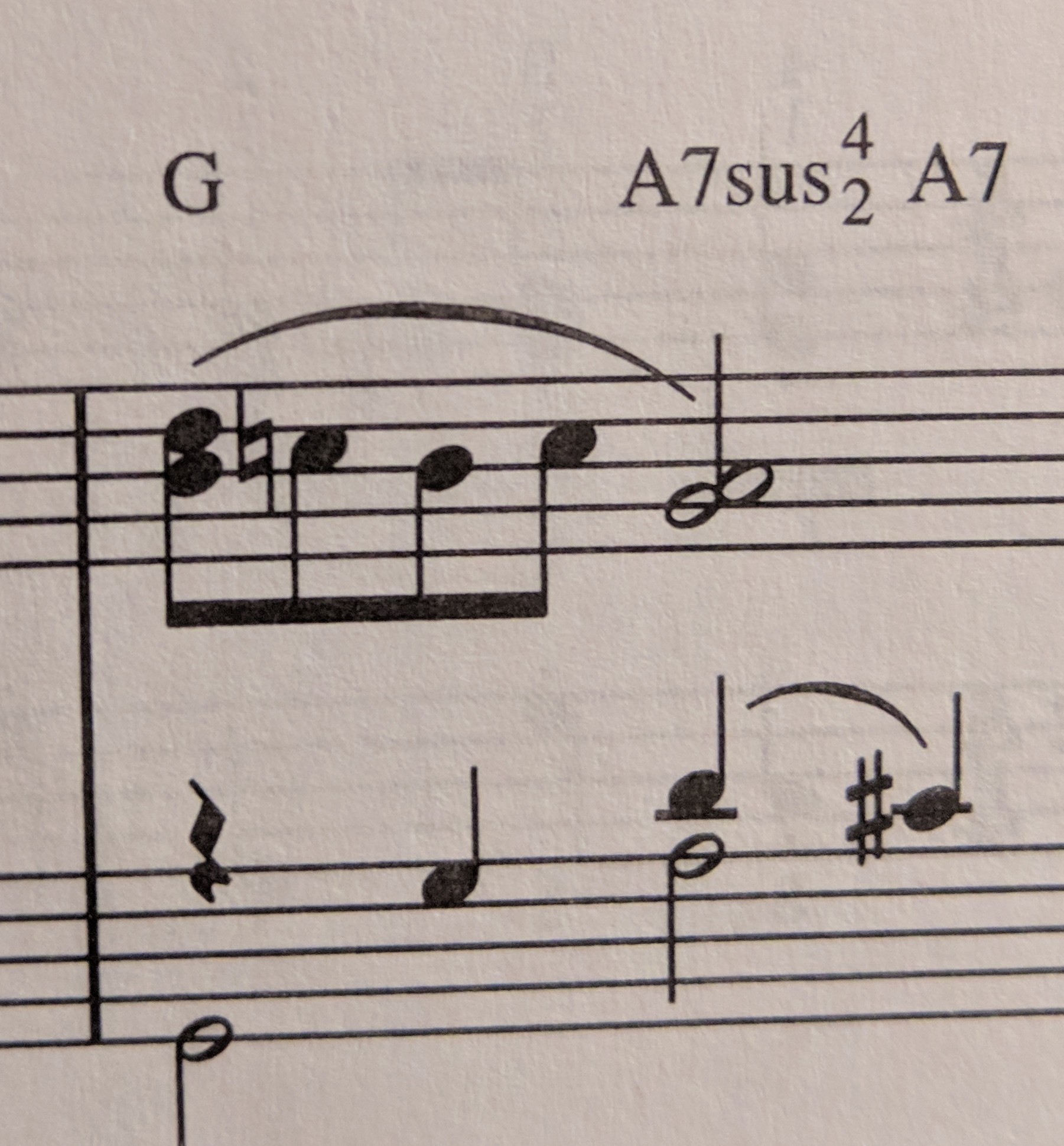 First consider the larger question of why the arranger included chord symbols at all. They're there, of course, for a performer who prefers to play from them rather than from the "dots". So the "real" chord is as given in the chord symbols, but for the purposes of the piano arrangement, the B (and, less significantly, the E -- the chordal fifth, which is often omitted) was dropped. At a guess, there just wasn't a good place to include it. The voicing is so close that the B would just muddy the sound. An alternative would have been to drop the left-hand A an octave, and have the right-hand play B-D-G-A, with the B-D moving to the C#.

Not the answer you're looking for? Browse other questions tagged chords notation sheet-music or ask your own question.