Name of #vio7 in chord progression?

Anybody happen know if the #vio7 chord has a name like the Italian, French, and German augmented sixth chords? I'd like to read up on it and how it is used in chord progressions, but my searches aren't turning up good results.

And what about the vi* chord? Not sure what that is supposed to be, especially since it sits at the center of the circle with the I chord.

I found the following chord progression diagram online somewhere, but I can't seem to find it again -- not that it had much explanation along with it anyway! 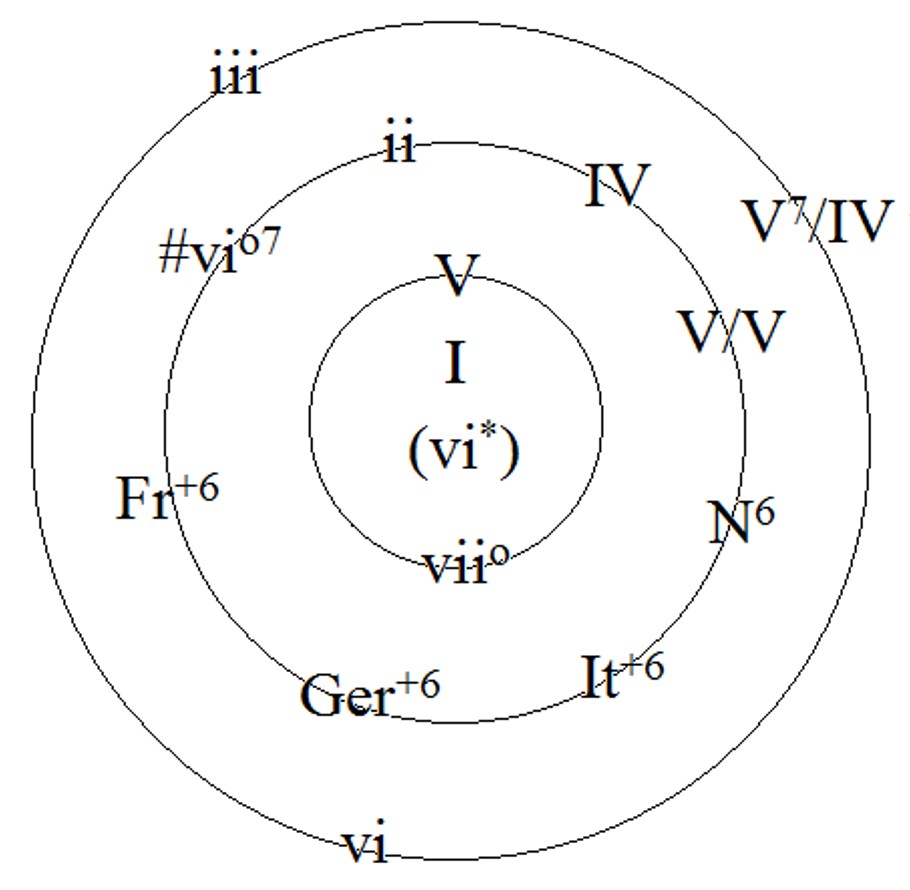 Explanation of the diagram

The diagram is a loose representation of the functional tendencies of various chords.

Within the context of the diagram, this chord can function in two ways: viio7/vii or c.t.o7/V. "c.t." stands for "common tone", and you can read more about common-tone diminished chords here, Diminished chord constructed over the tonic degree?, and you can find a list of additional SE questions/explanations here.

Outside of SE, Wikipedia mentions common-tone diminished seventh chords, this web page discusses the #vi chord specifically, and Florida State professor Nancy Rogers has posted a handout on the subject.

The #vio7 does not have a unique name in the way that the aug6 and Neapolitan chords do.