Should string saddles touch each other?

I was investigating a buzzing sound in my Squier Stratocaster that had started a couple of days ago, and finally narrowed it down to the (hard-tail) bridge. None of the height-adjustment screws was floating, and after I had used a piece of paper to slide between the individual saddles to gauge the distance between them, I found that the buzzing sound had disappeared. In three of the gaps the paper would move freely, but in two gaps I had to use more force to move the paper. So I assume that the buzzing was caused by two saddles being so close to each other that they rattled against each other when their strings were being played.

Which leads me to wonder: are the saddles on a Strat supposed to touch each other? Do they touch on a more expensive Fender model? There's so little space between them on my Squier that it's hard to tell whether they're supposed to touch or not; the outer saddles move on ridges in the bridge, so I can't press them closer together, but the inner four can move sideways freely.

Here's an image I found on eBay of this type of bridge: 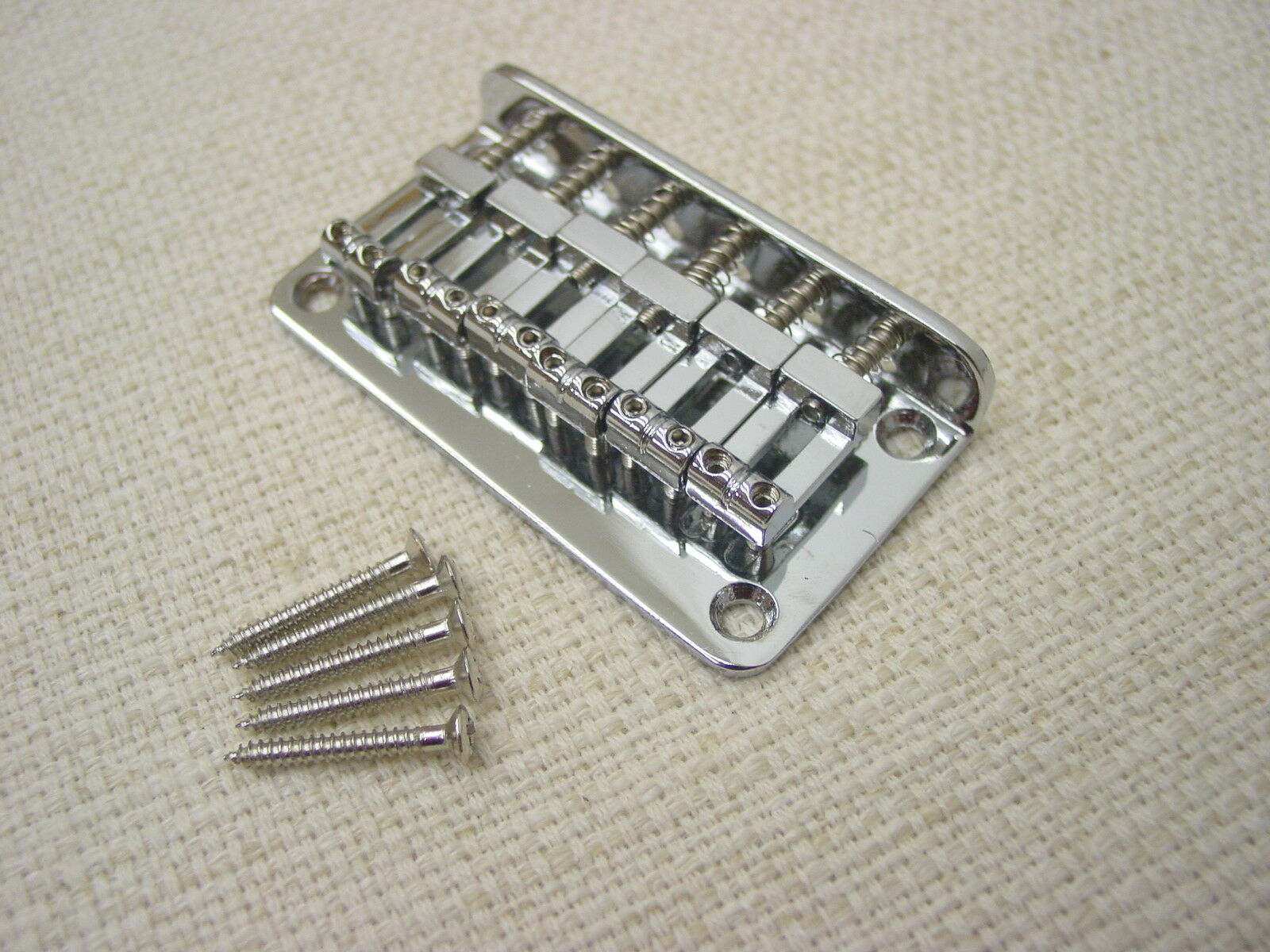 I cannot be definitive, as I'm not a Strat guy, but later G&L bridges have a set screw to force the saddles together so they resonate.

10
Should I try to not touch unused strings?
1
What do I do if the saddles on my bridge are already touching the bridge but I want to raise my action?
1
Electric guitar problem, bad resonance?
7
Can I use a Mustang bridge on a Fender Jaguar? Are there issues?
1
Guitar Bridge saddles out of sync?
2
Guitar Intonation Problem, Always Sharp
1
Low-fret string buzz
2
Standard Jazzmaster HH bridge/saddle height adjustment
2
Why are my string saddles getting stuck?
7
How important is it to touch only one string