What is the right way to play A major chord on guitar?

I am learning and I have already seen three ways of playing A major chord. 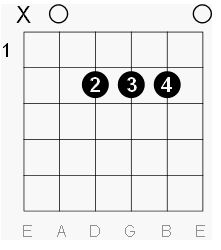 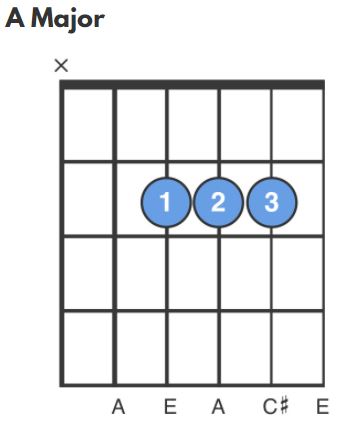 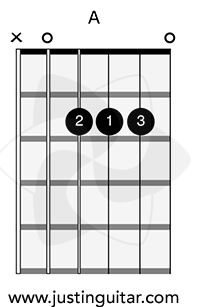 I am willing to do the hard miles and learn the right way which helps me later.

I do not want to learn something easy now and later on find that I have to re-learn how to play the chord so that I can switch easily between chords.

There is no right way! There may be a right way for you, or me, but there is no universal right way!

Several reasons why one may be better can be found.

Using M A P will suit people whose fingers are fatter. Those three take up the least space.

Using M I A moves the I out of the way - as Justin says. It also facilitates moving directly to Amaj7, which can follow A major.

Using M A P works best for me, due to being able to put I on 3rd string, 1st fret, where it won't make a scrap of difference, but is ready for the almost inevitable E chord that precedes or follows.

Those with very big fingers may favour M and A, where the fingers spread out over all three strings.

Some merely use one finger, in a sort of semi-barre, which covers all three, but raises enough to allow the top (thin) string to still sound.

I think the two fingerings I use the most often are (D-G-B string order):

If I try to use three large fingers (1, 2 and 3), one of them ends up farther away from the fret which causes risk of fret buzz.

Personally, I play it either as 1-1-1 (barre-like), 1-2-3, or 2-3-4. It kinda depends on what I'm playing whether I'll gravitate towards barre-like or the more "spelled-out" versions. Same thing with open D.

I find barre-like forms as the most effective ways to play transposable Gs and Ds, but I mean folks often just omit some notes to play them comfortably. I do this too sometimes and I think it sounds just fine. I can see the 2-3-4 form being useful as it's similar to the "spelled-out" transposable A (I do usually use a barre-like form for this one though).

If you have a guitar teacher, they may be more helpful in providing you with guidance for accelerated learning as they likely work with many new players.

From my experience, I prefer knowing a few different ways to play things. I often follow what's most comfortable/low-energy to play, but that can change depending on what I'm playing and the chord changes involved. The important things are to enjoy it, be challenged by it, and to not hurt yourself doing it. If I were to find myself hurting or straining ("the wrong way"), then I'd stop playing and think about those red flags.

The best way to play it with multiple fingers for ME is, as you describe, 2-1-3. Here’s why:

Additionally, barring the D-G-B strings at second fret with index finger (1-1-1,) whether the high e string gets muted or not, is also useful. It does facilitate easy movement to the B Maj barre chord, and also frees up a couple more fingers for augmentations. I play it this way in a lot of situations, but if I need the high e string to ring out cleanly, I’ll usually go with 2-1-3.

Hope that all makes sense and is helpful.

"There is no one correct way."

I like to fret open A with 213 because it prepares me for a quick transition to D without moving the index finger, and to E with just moving it back one fret. This is useful for playing in D and A.

My second favorite is to barre those notes with my index finger, leaving me open fingers to play boogie-woogie sixths, like in blues or western swing. This is good for A or E. Come to think of it, this is likely what I use most often. I often end up with a muted high E, but I already have the E on the D string and, depending on need, a low E too make it A/E.

All the answers offer good information but I like the one by wabisabied because it offers some logic behind the answer (even though I'd disagree with the actual statement it supports).

There are major problems with fingerings like (1, 2, 3) and (2, 3, 4) on the classical guitar in that these fingerings tend to force the E played on the second fret of the D string to be improperly fretted. Ideally, one should try and fret the note with the finger close to the fret that defines the boundary condition for a string "fixed" at two ends. It is a common misunderstanding that you can place your finger anywhere in the space between two frets to play the note defined by the higher numbered fret. This is not true. What happens when you finger the note too far back is you have a string that is free to slide on the fret that defines the note. This can cause severe buzzing and a weak sound with poor tone. This can happen on any guitar, electric or classical, but I find that the issue is very noticeable on the classical. The issue is exacerbated by the fact that the D string is wound which makes the buzzing more severe. In contrast the fingering (2, 1, 3) allows one to pinch the E on the D string right up to the fret. The A on the G string will be fretted slightly far back but more towards the center of the space between the frets.

Other considerations are physiology, e.g. if your fingers are too large you may need to experiment with alternatives or find a way to get optimal movement and clean sound other ways. But the take away is that there is more than one "right way" to play all chords and the motive behind the choice is motivated by the two points made in the beginning of my answer (1) clean tone, and (2) optimal movement to other chords.

Not the answer you're looking for? Browse other questions tagged guitar chords technique acoustic-guitar or ask your own question.

5
What are the correct mechanics for a guitar F barre chord
9
What type of exercises should a guitar beginner do?
3
How to think in number chord notation for Major and Minor
1
Guitar practice - Are you able to play chords with a pick?
4
Are fast chord changes about muscle memory or finger strength?
2
learning when to play a particular chord in a song?
3
Tips for a keyboard player learning piano
2
F barre chord on an SG guitar
2
Guitar is not tuning right