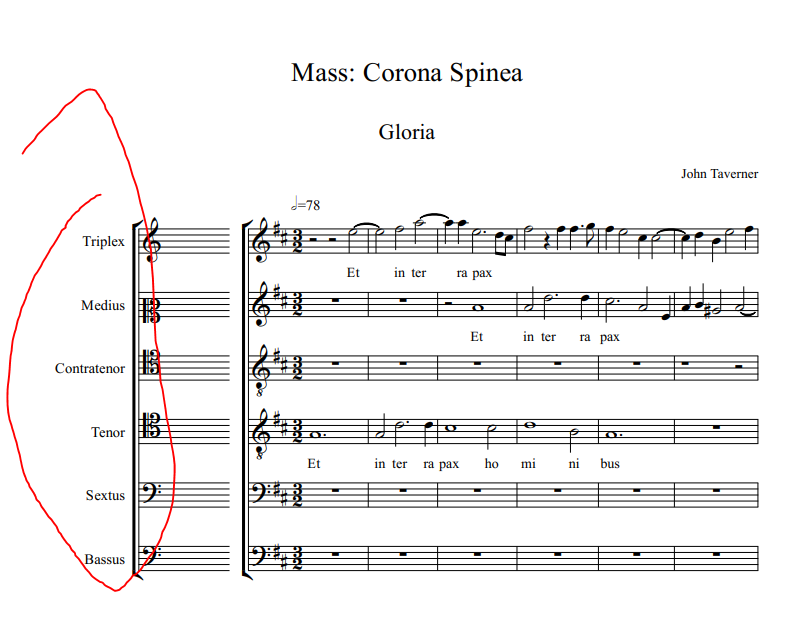 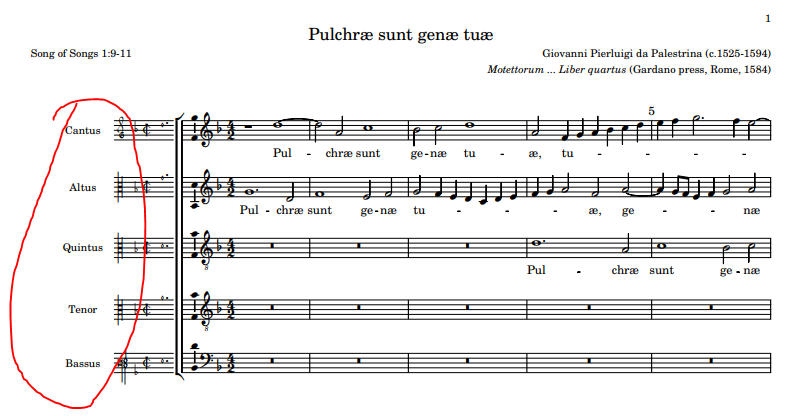 I see that in the original printings of renaissance vocal music, the voices are labeled with Latin words like cantus, triplex, medius, etc... Assuming that these words denote the ranges of their respective voices (the same way soprano alto, tenor, etc. do), what are those ranges?

These terms did not designate vocal ranges; rather, they designated relationships between the various parts.

During the Renaissance, pitch notation was not standardized in the way it is now. The actual performance pitches were determined by the ranges of the singers on hand.

historic accounts of choosing a pitch according to the capabilities of the available bass voices and transposing polyphony so as to align the tenor part with the octave in which chorale melodies were customarily sung.2

Sorry to just cut and paste a definition. Maybe a ancient music scholar will post a more in depth answer. I found this footnote in a book of Tudor vocal music. It seems like a good starting place. Apparently the terms are less about range and more about the role of the parts - ex. tenor sings the plainsong - and their relative relationships within the ensemble.

These are just names sometimes (not lately) given to voice ranges.

Not the answer you're looking for? Browse other questions tagged voice terminology history musicology renaissance-music or ask your own question.

11
What parameters decide one's vocal range?
10
What is the process by which singers identify their voice type/fach?
7
The Musical Effect of a Unison Ensemble
3
How to sing SATB parts as a Baritone
2
Vocal (singing) ranges - surprisingly small differences!
1
8-part vocal music split. Tails up/down convention?
1
Where to practice for vocal examinations?
5
Chants in Renaissance vocal music
3
Questions about Renaissance music notation
10
Did Renaissance composers work from a full score?