After writing the highest voice, does it matter what order I write the rest of the voices?

Suppose I am writing for a string quartet. Don't make any assumptions about what I'm writing, just how many instruments (violin, violin, viola, cello). Suppose I write the violin part for a small stretch of melody. I now want to write the other voices.

I read somewhere recently that it is best to write the outer voices before writing the inner voices. Seemingly in support of this idea, Stephen Stone in Music Theory and Composition A Practical Approach states

"When writing a contrapuntal piece, all three voices should be equally independent and melodically interesting. The goal of this text, however, is to work toward understanding traditional harmonic progressions and part writing. In this light, it is appropriate to write "boring" inner voices; in fact, it is encouraged. While using many repeated notes and common tones in the outer voices leads to a dull exercise, using them in the inner voice is wise. If the inner voice does not move, it cannot create voice-leading problems." (page 128)

In Joseph Swain's Harmonic Rhythm: Analysis and Interpretation, he states:

“Acoustical science tells us that it is the lowest-sounding pitch, the fundamental, that determines the pitches of the other, higher partial frequencies, which some writers have cited to explain why the most stable chords are in root position. Indeed, the perceived strength of a chord’s identity and its function derive partly from its inversion. The pitch of the bass has always remained conceptually distinct from the identity of the triad, and that allows the bass voice its melodic freedom; it is not entirely a slave to the chord progression. Changing the inversion of a triad is a harmonic change of some independence.”

To me, these suggest that, after writing my first violin part, then writing the bass would come next, followed by the "inner voices." I'm confused why that is a good ideas.

I can see if I were writing a piece (suppose for vocals, so SATB) like the Hallelujah Chorus from Handel's Messiah, like this 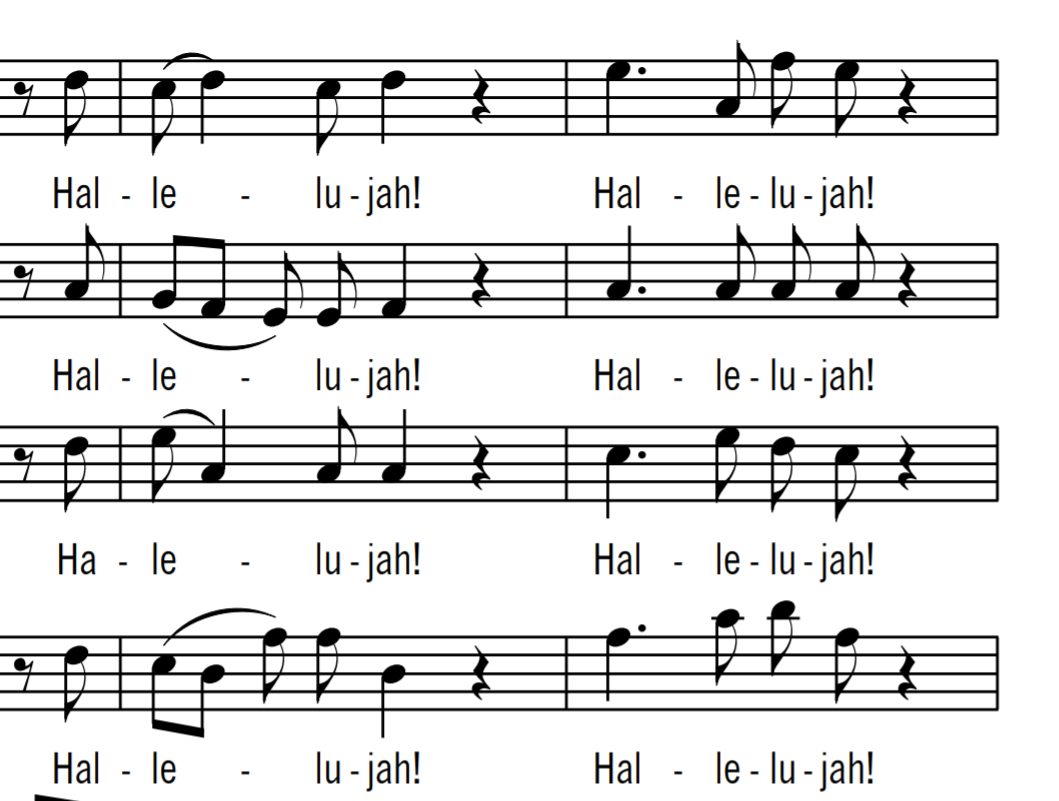 Then it would make sense to write the outer voices first. They aren't that different rhythmically in this case.

The second violin here has substantially more notes and rhythmically mimics the first violin much more than the viola or cello.

So in this case, it would seem to me to make more sense to write the alto part first.

If a composer has written the highest voice already, under what circumstances would someone write the inner voices first before writing the bass?

I think you should consider the instruction to write the voices in a certain order is more of an educational tactic.

When taught that homophonic music is primarily melody with bass and inner voices as filler, then writing exercises which start with treble and bass then last add inner voice filler is just a way to make you learn the importance of melody and bass over inner voices via putting your attention to the more important stuff first.

In reality there could be all sort of levels of sketching and revising of parts. When compositing a homophonic work a composer isn't going to literally write all the melody first, then all the bass, then fill in inner voices.

Also, melody and soprano are often treated synonymously, but they aren't the same. Melody happens in all the voices. Even in homophonic texture, with one main melody, the melody can go in any voice. In a string quartet it's common for the melodic focus to shift around the four parts. If, for example, the melody is placed into the viola, it's likely a composers would work out the detail of that melody first and perhaps sketch out the other voices.

Your Haydn example uses the two violins to work in harmony, whereas the viola and cello are providing the 'backing'. So there, it's pretty clear that the two violin parts would need to be written simultaneously, or perhaps the 2nd violin straight after the 1st.

In your first example, the parts play differently. It's ensemble mainly, all the way. So, we have a melody line, next the bass part would underpin it, followed by some 'filling in' of harmony for the middle two. Rather different concept.

There is not, and can not be one formula for this sort of writing.

Write the viola part next, and make it interesting! Viola spends too much time 'filling in', and the player gets tired of it.

OK, I'm kidding (mostly). You seem to have decided the main melody is in Violin I for this section. That's fine, but do let the others take a turn at playing the tune later on. Next decision is what sort of texture you want accompanying it. Do you want all four instruments to play - duet and trio texture is good and leaves you 'somewhere to go' as the piece develops. Or perhaps sustained harmonies would be good. Or a rhythmic pattern? Once you have a clear concept, you can start writing the other parts. Probably bar-by-bar rather than trying to complete one instrument before adding the next (but is there a chance for a decent amount of melodic imitation by one or more of them - think on a broader scale too).

What I'm saying is that it isn't about adding parts in any particular order, more about planning what texture you want.

Therefore the moderns have considered this matter better... Every one of their parts occupies a comfortable, easy, and acceptable place, because composers consider them all together and not according to what is described above.

Learn to write all the parts at once. Yes it's a bit of a challenge to keep three or four different lines in your head at once, but most people can learn to do that with practice.

Of course, this isn't meant literally simultaneously all the time (though I can improvise in 3 part counterpoint at the piano) - but you should not let any part get too far ahead of the others.

Not the answer you're looking for? Browse other questions tagged satb or ask your own question.