I play a 6-hole Native American flute; could this piece be played on it?

I am new to music theory and am just starting out on a six-hole Native American cedar flute. I do not have a concrete knowledge of reading musical notation, so I was wondering if Two Steps From Hell's "Flight of The Silverbird" could potentially be played on it, given the sheet music below.

Thank you very much in advance! 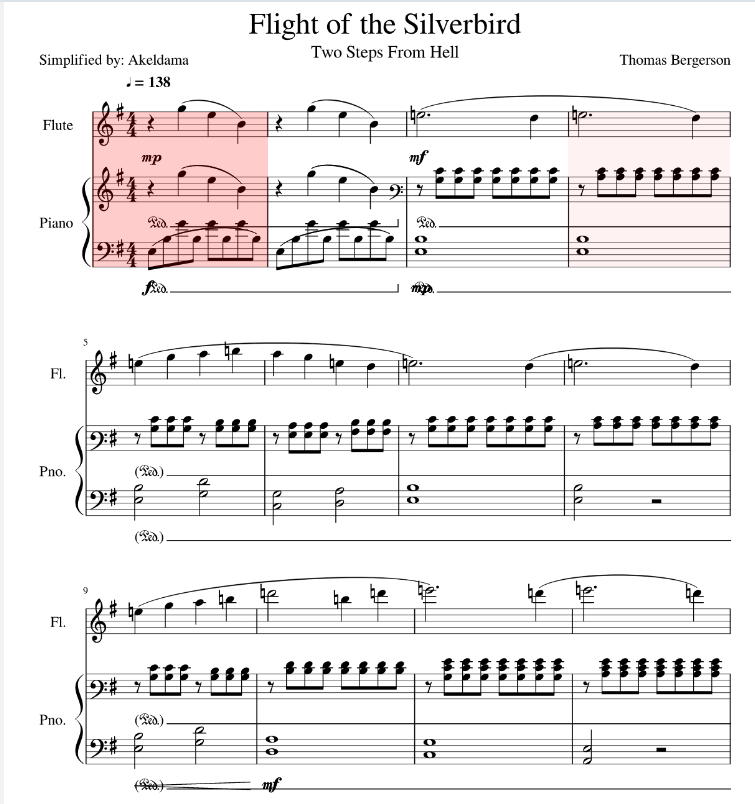 Based on the excerpt presented, yes, the song can be played, but not as written. Some of the notes in the version of "Flight" presented in the question are too high for the flute's range (the high D and E). However, transposing down a perfect fourth would put all of the notes within the range of the flute (first line F# to B above the staff).

This assumes that no pitches later in the song (as given in the question) are below the middle-line B or higher than the above-the-staff E. Should the song's range extend outside those boundaries, then it will have notes either too high or too low to be playable, even with transposition.

If your flute is pentatonic you can play it. Here's a correct notation.

If your flute is not tuned in G you can play it in the key your flute is tuned in. Just any key. You have only to find out the root tone by playing the pentatonic scale la-do-re-mi-so-la. But you need 2 lower tones (la-so-mi) 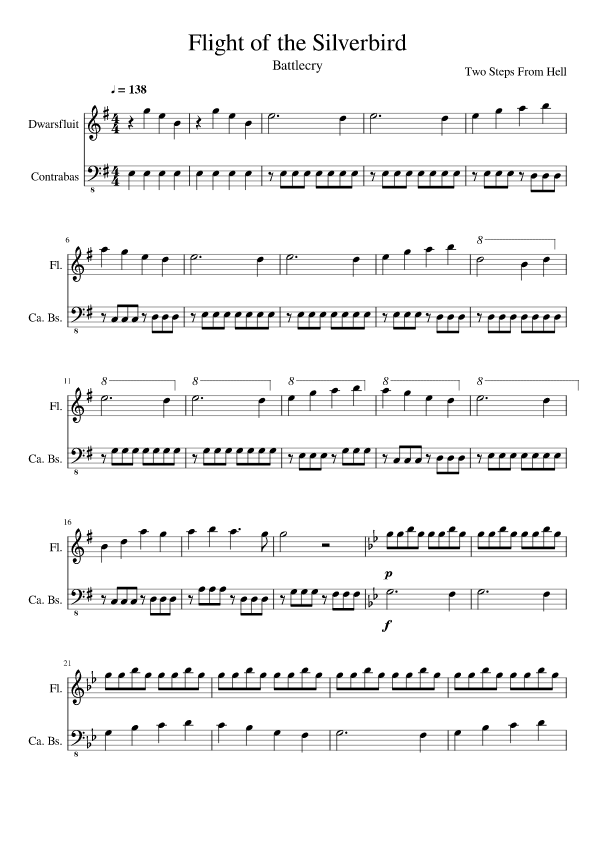 (Ignore the transposition of the 2nd section: measures 18 ff)