How to quickly play octaves with one hand (piano)?

In some songs there are portions where the melody is made of pairs of notes, where the pair spans a whole octave. Sometimes the melody is played pretty quickly. I'm wondering if there's some technique to playing this instead of just jumping from note to note. Right now, I'm playing the bottom note with my thumb and the top note with my pinky, and just moving my whole hand from note to note, one by one.

Example of what I mean: 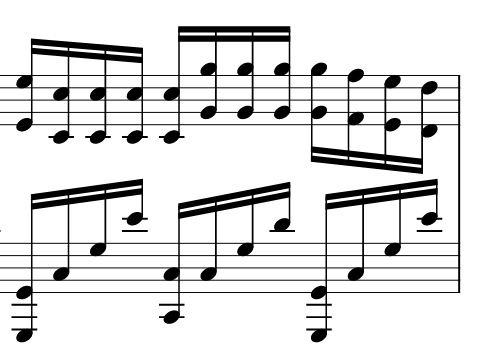 I can span an octave with fingers 1-3. The tempo is 80 BPM so it's not terribly fast but fast enough to make this passage challenging. The snippet is from an anime theme song (lol, I know).

The song is "My War" from Attack on Titan season 4. (SCORE) 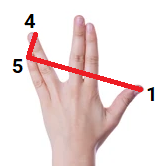 To be honest, the left hand there looks more problematic. This looks like it was written either by someone with extraordinarily large hands or by someone who doesn't really play the piano.

If you struggle with the octaves probably the only reasonable thing you can do is to miss out the bottom note. Or you might play both notes only on the first of each four in the RH.

Or just find a better arrangement.

This allows for minimal hand repositioning and gives me both speed and accuracy.

Two alternatives worth experimenting with to see what works best for you:

Tension, fatigue, mistakes and cramps occur when we use the same muscle fibers twice in a row. To get around this one must use different movements such as in/out, up/down, forward/backward, rotations and moving from the arm and not the wrist or fingers. There is a huge difference between raising the forearm and allowing gravity to bend the wrist and actually using muscles to bend the wrist.

Another cause for tension is using two muscles at the same time. When playing octaves most pianists must engage the abductors and instead of using the bicep, shoulder and fulcrum of the elbow, they somehow force the flexors and extensors into playing and this will cause cramps. That is three muscles working simultaneously when you should not be using any of them. Like poking someone's eye out, you do it from the shoulder and elbow, not the finger. What it sounds like you need most is a new teacher. Exploration of gravity should be lesson one.

Also, although it is a common lesson and we all do it, do not ever play the four finger while executing octaves. Your fingers are all different lengths and your four is much longer than your five and one. If you have ever worn an orthopedic boot or one shoe higher than the other, after a day of walking you will notice that you knees, hips or back may hurt. That is because there is an imbalance and the body is straining to equalize. Your fingers are all different lengths and when you equalize them by curling or playing one higher than another as when you use the four, you risk tensions. Also, the four and five fingers are their most powerful and fast when your forearm is aligned behind them. Playing the four at an increased angle compromises the tendons and encourages the student to twist in ulnar deviation allowing all sorts of nasty things to happen. Also, learn to play to the point of sound. Up is more important than down.

If you have ever walked up stairs you know that your ascending foot must raise higher than the next step before coming straight down. Otherwise you will fall up stairs. Piano keys are the same but you can't lift up if you are pressing down. Hannon knew this and advocated raising a finger high but his error was isolating fingers and when you isolate a finger, you use two muscles at the same time which creates strain. Using the arm instead of isolation raises all the fingers in the same directions at the same time which results in effortless playing. Also, pressing into the keybed creates tension because the keybed isn't going anywhere. Pressing only strains YOU. As you learned in HS physic class, if you press into an immovable object, it presses back with the same force. Playing to the point of sound and using a multiple of muscles one at a time will give you the octaves you desire.

To find the point of sound, on an ACOUSTIC piano, slowly depress a key without sounding a pitch. You should feel a little bump and if you press beyond it, it gives way and you are pressing into the keybed. Learn to play to that bump and no further. If you play from the flexors, this will be nearly impossible. Learn to play from the arm. Like you are petting a kitten, it comes from the arm, shoulder and elbow, not the flexors or fingers. The muscles which move your fingers, BTW, are in your forearm, not your fingers.

21
Fast octaves on the piano

9
How to play repeating notes quickly in the left hand on the piano
3
When playing piano, how do you play fast successive notes between octaves using one hand?
1
How to play single note trill on the piano with one hand?
8
How to play two voices with a large range in the same hand?
2
How to play notes over one octave at once in one voice on a piano?
9
How to play large intervals written for left hand in a Piano with normal sized hand?
1
What fingers should I use to play this section?
1
On piano how do I play one note, and the same note an octave higher with one hand?
1
Are the higher octave notes required in the chords for Hilda's theme song?