Why is this jump allowed in four-division time strict part-writing?

From Tchaikovsky's harmony textbook, "Guide to the Practical Study of Harmony", page 121:

Why is this jump from "a" to "f" allowed for strict part writing in four-division time? It's clearly not a passing tone, so by elimination it must be a changing tone. But how can this be? Changing tones he uses correctly in the blue circles in the image based off of the rules he provided. Is this just a changing note entering by a skip which is listed in the examples of page 113? It doesn't seem to match what Tchaikovsky provided in his example.

The rules for four-division time are included below the score segment image for reference (section 122). 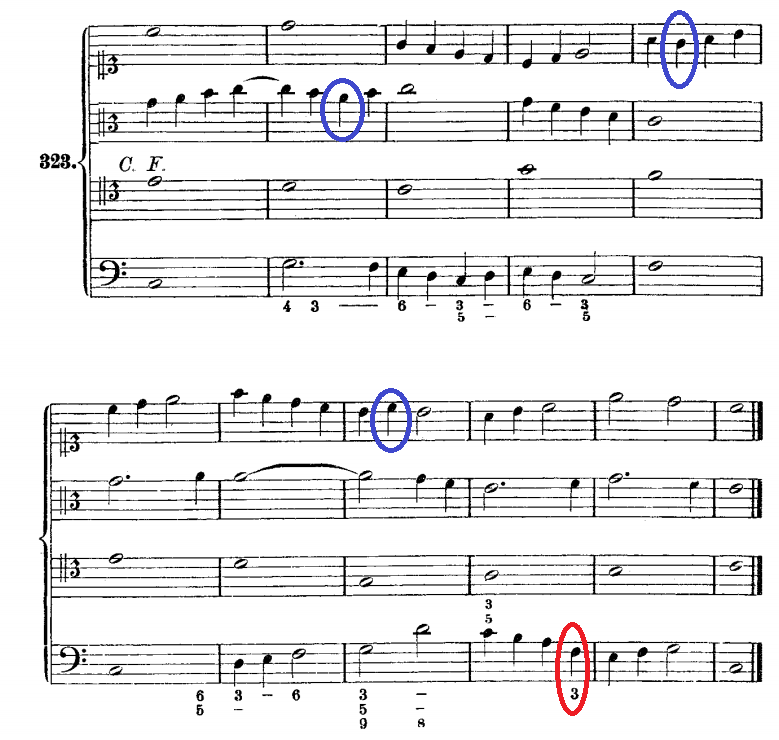 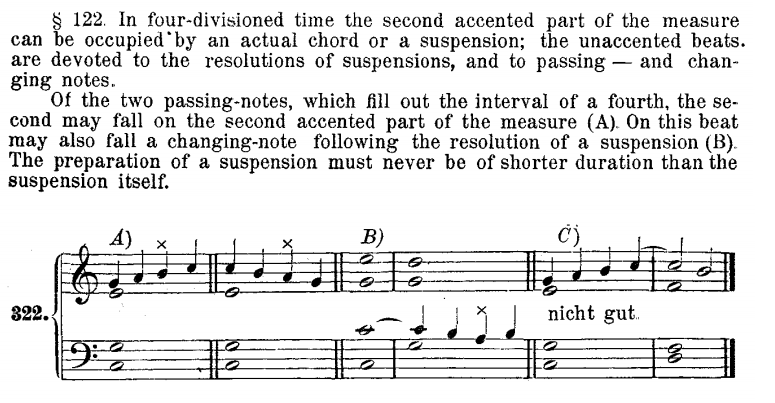 This circled F is neither a passing nor a changing tone; instead, it's just a member of the chord!

Starting with the soprano, the voices have C, F, and A—an F-major chord. So the bass is allowed to leap from A down to F because that F is a chord tone. As long as the leap isn't too large, there aren't really any stipulations for how to move to this F since it's a member of the chord and doesn't need to be treated with special care (as a dissonant non-chord tone would be).

Not the answer you're looking for? Browse other questions tagged harmony voice-leading or ask your own question.