How do I play these widely spaced keys on keyboard?

Is there something I can do for playing the same type of tune without the octave part? In simple words, is there any short-cut to play the octave part and chords together?

This screenshot is a part of The Score - Miracle:

[NOTE: I have small hands]

The important moment in understanding how to play this comes at the beginning of the chord(s).

The below screenshot comes from the 0:43 second mark of the linked video in the OP. Note how the left hand first plays the B octave, then plays the [F# B D] chord. To do this, play the Bs first, and hold them with the sustain pedal, which is then kept held while playing the next chord. [Note for small hands: If playing the B octave is too big a stretch, play only the lower B and leave off the upper.] 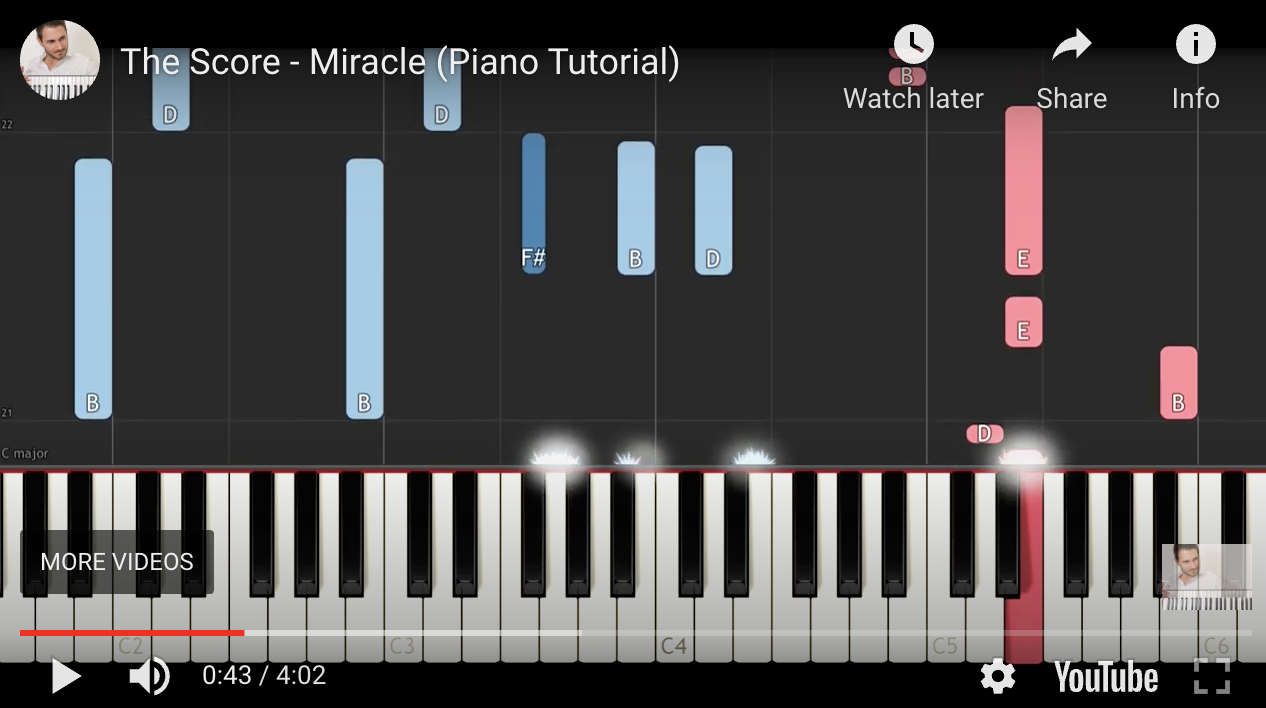 You can see in the OP screenshot that the upcoming chord is handled the same way: D octave first [small hands: just play the lower D], held with the pedal, then the [D F# A] chord. Note the gap in the upper D. This indicates that it is played twice: once with the lower D, and then again with the next chord.

For more tips on handling large chords, see What is the best way to play a chord larger than your hand?

13
What is the best way to play a chord larger than your hand?