What are the different types of deceptive cadences?

In the following song, the verse section is in B major and there is a prechorus section where the B becomes B7 and resolves to G#m. 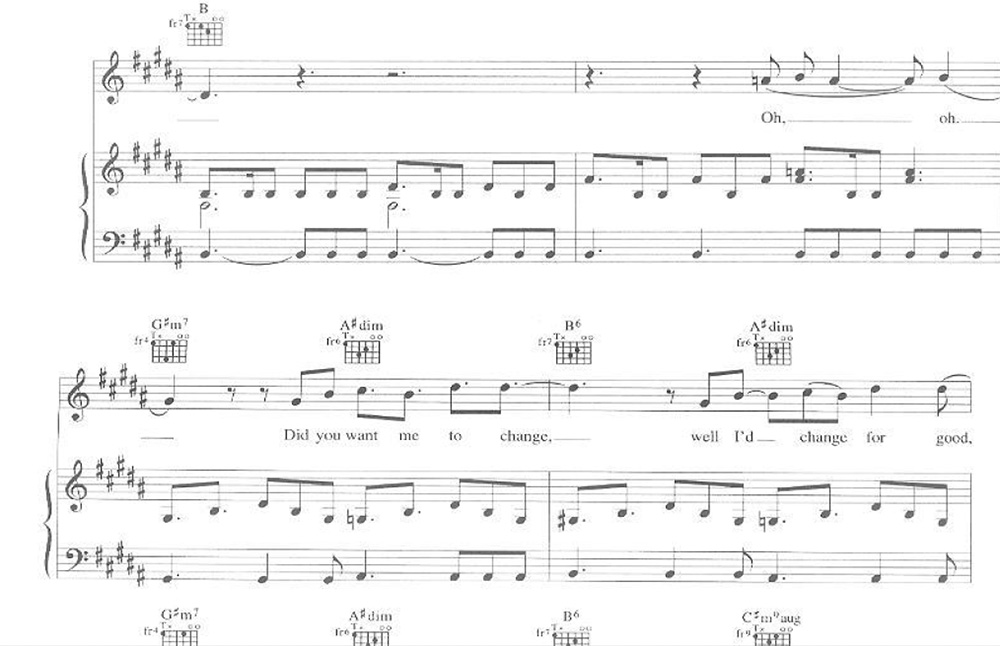 For better understanding transpose it semitone up to C (resp. Am):

I'd rather say this B7 is a secondary dominante to E => V7/IV, which resolves to the tonic substitution G#m (iii of E = vi in B). The progression V7-iii we often find in Pop songs e.g.: I-vi-ii-V7=>iii-vi-ii-V7. I haven't found this turn mentioned as a deceptive cadence (s. Tim) but I'd agree this turn around could be called as well as something like this. I was also thinking maybe that the IV (E) chord that never came simply got substituted by the G#m That's it!

It's actually quite possible to interpret the B-B7-G♯m chord progression as remaining in B major and therefore involving no cadences at all, especially if you use the blues-style interpretation that the 7 is just to add flavour and does not change the key, then the G♯m-A♯dim-G♯m-A♯dim chord progression following it tonicizing G sharp minor (with the G naturals being enharmonic re-spellings of the leading tone Fx).

Actually, in your excerpt I see no real cadence. A cadence is a musical full-stop. A specific way in which phrases end. Typically it would be 8 bars, but you will find phrases in 12 and 16 bars as well. A 5-chord going to a 6-chord can happen multiple times in a piece, but it only becomes a cadence when it ends a phrase and there is a moment of rest.

A cadence should be some formal ending, a phrase ending, key defining moment in a section, etc.

Cadential harmony and deceptive progression are two terms you can use to describe progression using the chords of cadences without the actual endings of proper cadences.

So it this example it seems like B: V I would be the authentic cadence for the key signature, but there is a bit of a shift to the subdominant where the B becomes B7 or B: V7/IV if it resolved in the "expected" way it would be B: V7/IV IV or B7 E. Instead it does B: V7/IV iii/IV or B7 G#m. You could call this a deceptive progression rather than a cadence.

The A natural is what makes the B become B7, a secondary dominant. Right after the deceptive progression the A# is restored. This isn't a key change. Just call it a tonicization, temporarily considering a progression as in a different key. In this case E major was tonicized. That may seem odd, an E tonic when no E chord was used. But to the extent the progression was heard as a deception, the deception is based on an expected E tonic.

As far as types of deceptive cadences are concerned, the textbook definition doesn't specify the chord after the dominant other than it not being a tonic. Categorically that gives you only one type.

8
"Andalusian cadences": How are they commonly heard?
1
Exhaustive list of chord (at least triad and dom7) functions for a software ear training tool
4
Analyzing Hisaishi Joe's Song "Reprise"
0
F Dm Am C (Lydian?) Progression
0
Naming and analyzing chords : problem with a stack of fourths (and 2 other slash chords)
4
Why does G-Major work well within a C-Minor progression?
1
Triads derived from the different types of minor scales
13
Is this chord from Bach's C major Prelude G+ or Cm?