Why do some composers/songwriters choose inverted chords over root position chords?

I know that if you want to go from one chord to another, using an inverted chord might make the bassline smoother and more melodic without big jumps but are there other reasons why root position chords are note preferred?

Perhaps how they contrast with the notes in the melody? I am attaching an example of a song which has some inverted chords. There are examples where the chord inversions make sense to me like the Em/G to F#7 and then the F#7/A# to the Bm chord but before that there is a G/B and A/C# and they seem a bit random.

Is this perhaps the sound of the interval between the melody and the bass note that perhaps took preference when composing this song? For example, if I play the G and A in root position they don't sound that good to my ears against the melody. Can someone please give me some tips or idea about why chord inversions might be preferred over the root position chords as in this example? 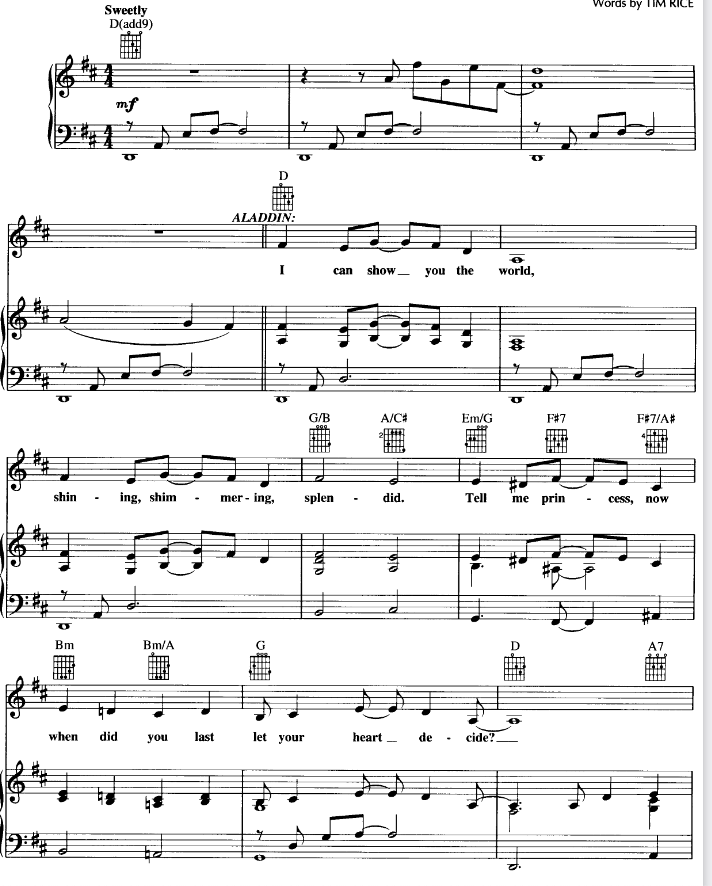 The point you made about the bassline being smoother is a valid point, but you have to take into consideration the tensions and releases of the melody with the bass line. 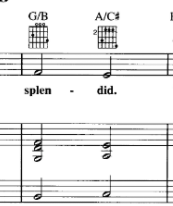 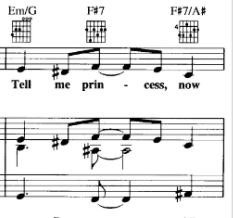 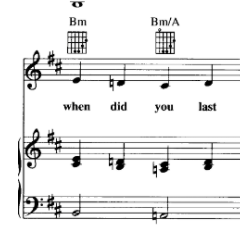 It's quite common for composers to use inverted chords in order to create these kind of stuff.

Can someone please give me some tips or idea about why chord inversions might be preferred over the root position chords as in this example?

This is pretty objective, honestly. When composing a song or piece, just see what works for you. Play the chords in root position and see how they sound with the melody. Try inverting some of them to make a smoother bass line or to create tension between the bass line and the melody. Or, it's not uncommon to play the chords in root position a few times and then invert them; keeping things spicy for the ear of the listener.

Also, @Andrew Chin's comment is spot on. Another way of using inverted chords is that of changing the bass line so as to keep the same chords, but have an independent bass line. This is an interesting thing to experiment with when you have the same chords (or similar ones) playing in a piece over a long period of time.

I think there are two main ways to look at this: historically and acoustically.

In western music history harmony was first conceived as counterpoint which is multiple voices moving in different directions. The compositional procedure of moving voices contrapuntally is called voice leading. The theory of chords we have today is the result of centuries of music theory development from the Middle Ages to around the 19th century. From this historical perspective you can say chords, and especially chord inversions, are the result of contrapuntal voice leading. This views chords, which are vertical conceptions, as an after effect of melodic movement, which is a horizontal conception. In other words you get chord inversions as a result of moving the bass by melodic step-wise motion. A composer might "choose" chord inversions simply because they want to move the bass melodically.

You can also think of it in acoustical terms. Background information for this is the overtone series and the chord of nature. The basic idea is intervals can be viewed on a spectrum of relative consonance and stability which results in a major triad in root position as the most stable harmonic structure. From that view inverted chords are relatively dissonant and unstable. The ebb and flow of unstable to stable, or dissonant to consonant, sound is a principle device providing the forward impetus and expression to music. From this perspective a composer uses inverted chords because their instability provides forward drive and expressive power.

But a third thing really needs to be mentioned: composers work with common patterns within harmonic styles. The two theoretical point I made above may underlie how chord inversions evolved and work acoustically, but may not be giving a lot of thought to those things when writing. If someone writes a passage like I V6/4 I6 there isn't necessarily a lot of thought about the inversions, it's just a conventional movement. The compositional concern might be with things like the placement of that progression within the structure of phrase or its thematic treatment with rhythm. So a composer may be using certain inversions simply because they are the conventional harmonic material within certain styles or genres.

Another reason, similar to those in the other answers, is that first inversion chords do not sound quite as stable as root position. Sometimes, one has the chord progression of a cadence (V-I or V7-I or V-i or V7-i, etc.) in the middle of a piece. If the tonic and/or the dominant occur in an inversion, the cadence doesn't sound so final. Then when greater finality is wanted, the root-root positions can be used. The harmonies are the same but the cadential feel is diluted.

The main reason as noted in other answers is to allow the bass to be quasi-independent of the melody (but still supportive.) Generally, in most genres, one likes the bass and melody to make good two-part counterpoint. As an extreme negative example, try playing the melody as a bass line.

Some of today's musicians tend to start with the chords. Melody, bassline and inner voices are secondary. Well, OK, but it's very limiting.

G/B and A/C♯ on 'splendid' are about B and C♯ in the bass going well with F♯ and E in the melody. The fact that it can be described by triad-based chord names is secondary.

This answer is really just a supplement to the others, which have pointed out the main reason: that we want a bass line that's melodic and makes nice counterpoint.

Sometimes it's simply the sonority that the composer is going for. As an example, if you hear a first-inversion half-diminished chord, played on a church organ, then you're probably at a wedding, hearing the Mendelssohn wedding march.

Sometimes the construction of the bass line is not meant to be particularly melodic or contrapuntal, but you want it to be propulsive or not monotonous.

For example, there's quite a bit of music where the chord progression is simply V-I repeated over and over, and if we didn't use inversions, the bass line would be super monotonous, just an endless oom-pah.

For propulsion, we have examples like the Duke Ellington tune "Don't get around much anymore," where there's a line in the bass that (in C) goes like C D D# E. Or there's the cliche that goes like Am Am/G# Am/G Am/F#, which gives you some sense of motion instead of just a static a minor triad. I don't think either of these examples is particularly melodic or contrapuntal -- they're just nondescript scale fragments.

Investigate a concept called "voice leading" to understand one reason why this is useful from a music-theory perspective. A major side-benefit is that most songs become a -lot- easier to play on stringed instruments.

There's many reasons, beyond the ones already answered.

Not the answer you're looking for? Browse other questions tagged chords composition chord-inversions or ask your own question.

4
What makes each of the inversions of a major chord different in usage?
5
Fingerings for root-position Seventh Chords on Piano
1
Inverted 7th chords in open position
0
Should I use inversion or root position?
8
Is 'fundamental frequency' the same thing as 'fundamental bass' (chord root?)
6
Inversions of chords in closed/open positions
3
Composing on guitar - Fingerstyle vs Classical
7
Is there a reason why "Scale Inversions" don't get discussed?
4
How to characterize voicings of "cowboy chords" on guitar?
4
Why only root versions of chords?