In notice that in some vocal works composed during the Renaissance, especially masses, long chunks of music (sometimes the whole piece) are preceded by a monophonic, often short chant which is sometimes written on a stave completely separate from the rest of the voices; I linked a few pictures below highlighting examples of what I'm referring to. 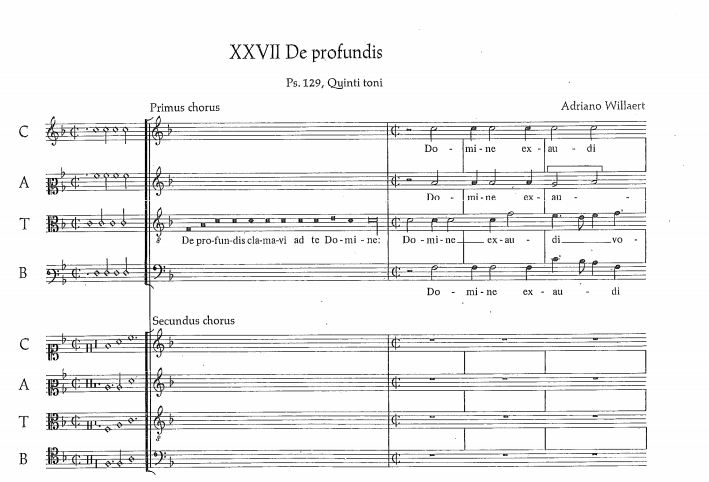 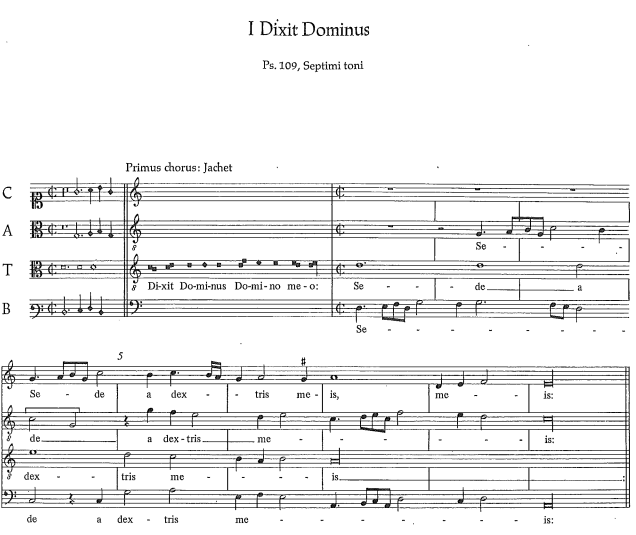 My question is, were there specific ways in which chants were to be incorporated into these works? I've noticed that sometimes, a chant would be played at the beginning of a piece, then it would used as the basis for its cantus firmus, but that's the only real pattern I've found so far; and it only makes up a small portion of the vocal pieces I've observed that involve chants. Does anyone have any information about this?

The examples you cite are settings intended for alternatim performance. In this practice, there are two choirs. One sings the first half of each verse of the psalm or canticle, and the other sings the second half. Sometimes, this is apparent in a polyphonic setting because, while both choirs are polyphonic, there are different numbers of voices. Allegri's famous Miserere is an example of this.

Another common approach was to alternate between plainchant and polyphony. In such cases, the source for the polyphonic setting typically includes only the polyphonic parts. The plainchant in these modern editions will have been added by the editor from some other source. This is apparent in the given examples from the prefatory incipits, which show the beginning of each part as it was written in the source. These all begin with the first notes of the polyphony.

Note that none of the examples you give is taken from a mass ordinary, but, as you note, the practice was applied to masses. For example, sometimes there are two settings of the Christe eleison. This may be explained as a ninefold Kyrie in alternatim, starting with plainchant:

More common in the mass, indeed nearly universal, is the practice wherein the celebrant sings the incipit of the Gloria and the Credo in plainchant. Most commonly, the choir then sings the rest of those movements entirely in polyphony.

I'm going to have to disagree a bit with phoog's interpretation here, as the role of the monophonic chant in these specific examples has nothing to do with alternatim composition, specifically not going back and forth between monophony and polyphony in alternating choirs.

The last two examples do in fact have indications of two choirs, but the monophony and polyphony are both occurring within a single choir.

Instead, these are one-off occurrences of chant at the beginning of a setting. The reason they're there is simple: most chants that were sung by a group tended to start off with an intonation by a soloist. (This was likely a practical issue of allowing everyone to start off on the same pitch.)

If you look at modern editions of chant, you'll very frequently see an asterisk after the first few words of a chant. This is usually an indication of when the rest of a choir would come in after the soloist began the chant.

If you would chant a psalm monophonically, the cantor/soloist would generally begin by chanting the opening intonation up until the halfway point in the psalm verse, after which the choir would join in for the rest. The exact same thing is going on in your second two examples here. (The alternating practice comes up later in both of these settings, as Willaert has the polyphony move back-and-forth between the two choirs aligned with the verses of the psalm -- exactly how this would generally have been done in antiphonal monophonic chanting.)

As for the first example, again, a cantor/soloist would generally intone the first word to the Magnificat before the choir would join in. As phoog did note, this happens at modern masses with things like the Credo and Gloria, but a solo intonation in chant would have been common for many parts of the Divine Office chanted by a group of people as well (as in the Magnificat -- typically sung at Vespers -- and the recitation of psalms).

Not the answer you're looking for? Browse other questions tagged history classical-music musicology renaissance-music chant or ask your own question.