I have hit a problem with this chord change in my four part writing. We are in A minor.

The VI chord is in first inversion, so A must be in the bass. (I have made a mistake in the figure. the VI chords are 6 3 chords, and not 4 3 7th chords as figured here!) The leading note (G sharp) of V must lead to tonic, as if it leads to anything else (F or C) , melodic augmented/ diminished intervals are created.

Example 1 is my solution- I have tripled the root.

Example 2 shows the problem of a melodic tritone interval created between B and F.

Is my solution adequate? And is it the only solution? I have tried many things and this seems to be my only path. 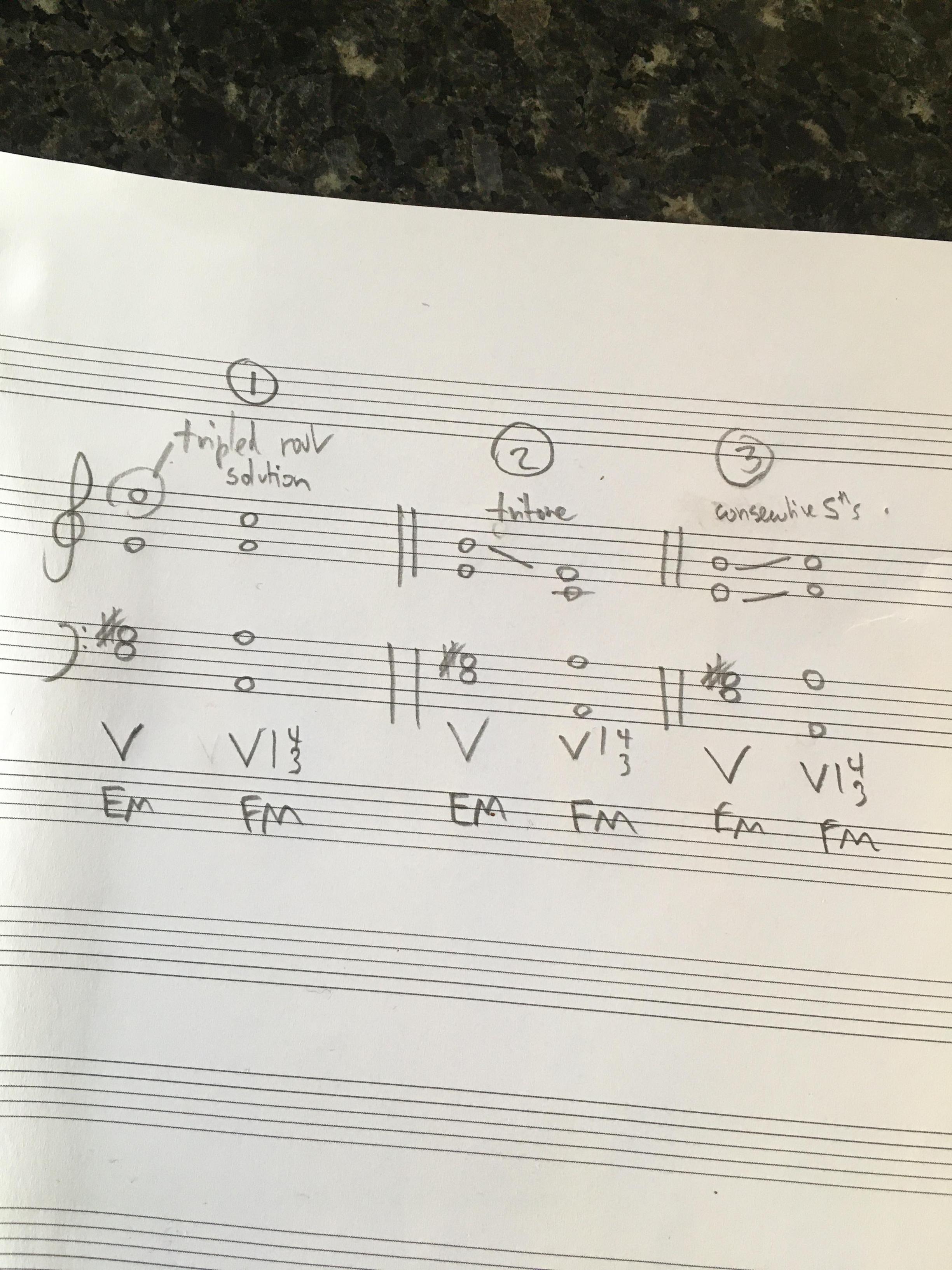 As you said the first is the right solution. Trebling the root, especially with a major chord, is fine. The second not only has the falling augmented 4th but also the treble and bass produce an unattractive parallel motion.

To be very pedantic, repeating the 3rd, especially in a major chord, should usually be avoided if possible. However in your first example it is not possible and produces good voicing leading; and as A is the tonic it is the right solution and works fine.

The G# could sometimes fall to F, it would depend on context and what sounds right to you. Bach would sometimes let the leading note fall to produce a fuller chord in a perfect cadence. I wouldn't do it if it was for an exam.

I ask because, in the common-practice style that these exercises usually try to emulate, the VI chord is almost always in root position, especially when it comes after a V chord. In other words, part of the problem is that the VI chord being in first inversion is actually creating further trouble for yourself.

I'll answer your question obliquely, which I know might be strange since I'm changing the parameters of your question. But in my experience, changing two things will instantly make this progression better:

Not the answer you're looking for? Browse other questions tagged chords harmony classical-music analysis counterpoint or ask your own question.