How necessary is a USB Audio Interface?

I got into a shop and wanted to look for a new microphone. The shop assistant suggested me to buy a USB Audio Interface first and he suggested me the "Roland Tri Capture" to start. 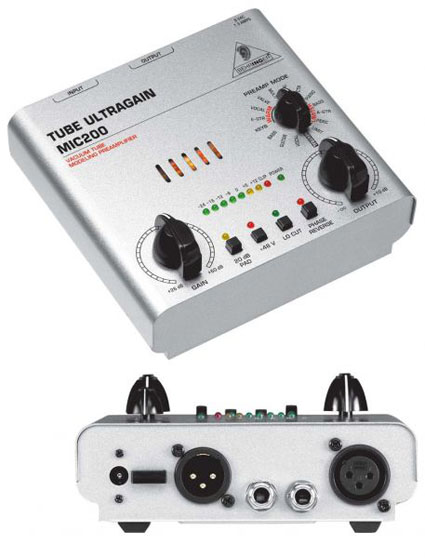 Nothing is necessary. However, a USB audio interface will dramatically increase the sound quality, even with a cheap microphone.

You don't have to invest in expensive devices. Even an entry-level interface will give you enough sound clarity to do a very decent job. Focusrite Scarlett models are the best sellers for amateurs because they are reasonably priced and have very good sound and build quality. Of course there are much better interfaces with exceptionally better sound, but they are intended for people who have great microphones, more experience, know what they're looking for, and they have the skills to fully utilize them.

A Focusrite Scarlett Solo is probably less than 100$. It has one microphone input, but I guess it will work for you. If you want to use two microphones at the same time, there's Scarlett 2i2. It depends on what you want, there are other models with 4+ mic inputs.

However, if even that is expensive for you, there's no reason to avoid even cheaper alternatives. Behringer is a brand that's talked about a lot. It's a budget brand that releases products that resemble reputable brands and models. It's usually trashed quite a lot by professional audio guys on various forums. Of course their build quality and their reliability are mediocre, but it's a great solution if you are a beginner and just want something to have to do your hobby.

There's also products that are a microphone and instead of XLR/Jack outputs, they have an internal USB interface. This is a possible solution, but it's not very flexible if you later want to add something else. I would generally advise you to get a cheap interface with one or two XLR inputs and record your music before you start worrying about what the "pros" say. Pair it with a cheap microphone (~50-80$) and you'll be good to go. Later, when you get a job or something, you can upgrade your mic to something better, and even later you might have more money to invest in a better preamp/interface.

For me, it is much preferred to be able to have something, even if it's not great, than not having anything at all and not being able to do what I'm passionate about. Music is a great thing, and doing it in any way is so much more important than waiting until you have money for the perfect mic/interface/guitar/amp.

If you want to record on computer with a Dynamic microfone, you need an Audio Interface because computer audio input is not designed for it. You can even mess up with the motherboard.

If you want to record without Dynamic mic, you can use those simple desktop mics or headset built-in mics, but again the quality is bad, worst than a mobile phone mic.

Most important, though, is a term in music production called Opportunity Time. With the time you use recording by yourself with good equipment at home, learning how and what to use, mixing etc, you could instead use this time focused on songwriting, networking, music business etc Don't worry about high quality at home recording. Do your songs and let a music producer with a good studio/equip/knowledge do the technological job for you

10
What should I look for in a recording microphone for personal use?
2
Should I buy an Audio Interface for USB microphone?
3
What options are there for cheap synthesiser/synth modules to get for gigs?
2
How to connect a Shure SM58 to a mac? Do I need something like an XLR-USB adapter or just an XLR-jack cable?
2
How do I connect my bass to my Macbook pro for effects processing?
1
Do I need an audio interface or is this good enough?

6
Home recording: Preamp or Dynamic Mic?
3
I'm using a Roland TD-11KV Electric drum kit, and recording the toms sound different. Why is this?
2
Timing issues with audio interface
2
Should I buy an Audio Interface for USB microphone?
3
Phantom Power supply or usb audio interface?
1
Recording on a Mac through USB mic
3
USB sound card's microphone does not pick up anything from amplifier
1
Proper way to record a digital piano
2
How can I connect my electric guitar to a PC without using an audio interface?