On piano, what is the fundamental reason why some arpeggios are more difficult than others?

When doing exercises on piano, what is the fundamental reason why some arpeggios are more difficult than others? 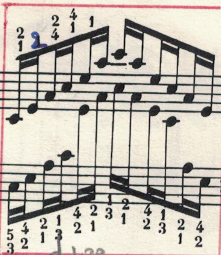 I could not go faster than 95 for a quarter.

Here is an example of a difficult but much more easy : F sharp 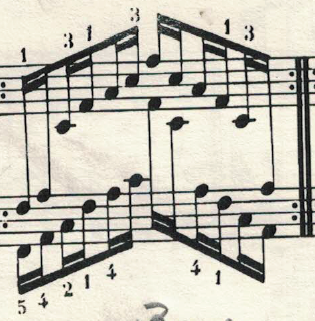 I could play this one at 160 for a quarter with difficulty, when I'm in a very good shape.

Were there only white keys on a piano, you wouldn't be asking this question.

Were all our digits the same size and length, you wouldn't be asking this question.

Those are the reasons mainly why some arpeggios - and scales for that matter - are more difficult than others.

It would be impossible to have an 88 note keyboard with only white notes - it would be far too wide. So the black keys are squashed in between the white keys, making the keyboard at least practicable.

Arpeggios use different mixes of black and white keys, with several different patterns used. Where possible, short thumbs are used on white rather than black keys, for obvious reasons. But sometimes even that's not possible, so with the difference in location between black and white, it stands to reason some arps will be easier, some not. And having only five digits is a disadvantage too. If humans had more, it'd be easier to move up and down the keyboard. However, we have what we have. So we need to move hands left and right as we play down and up. That thumb then becomes pivotal, literally, in moving laterally. And it isn't always in the most helpful position.

We need to define 'hard'. You might consider that C♯ major arpeggio is physically easier than C major. The fingers are already raised to hit the black notes, the thumb is in natural position for the one white note.

Answered before we had specific examples in the OP
Harder to reach, harder to get an even touch.

The first is easy to reach - and probably the one you first ever played. You can get your fingers nicely towards the front of each key; lots of room to play with, no issues with squeezing, twisting or being hard to reach.

C♯ on the other hand, because your thumb starts so far back your middle finger might be almost to the back of the key in order to get your little finger on the top C♯, making the whole thing a harder shape & with less leverage.

Additionally, if you extend each of those to two octaves… at what point do you slide your thumb underneath, & to where?

The human hand naturally places the thumb on a white key, the 2nd and 3rd fingers on black keys, and the rest on either. An Arpeggio designed in the reverse of that pattern would be the most difficult.

The reason is that you're playing legato, so in A major with the 4 finger on A and the thumb going to C#, you're passing your thumb under and up behind your 4 finger-- quite a challenge.

In the cases of the two arpeggios given, there are very clear differences that make the A major more difficult.

In the A major case, it's an important factor that it is in first inversion. Because of this, if choosing the right-hand fingering that begins with 1 on C#, it forces finger 4 to be placed well between two black keys. This in turn leads to finger 4 getting "stuck" when moving to get finger 1 onto the next C#. In arpeggios one wants to move laterally, but in this case, moving 4 on a white key (i.e., a long finger in a vertically lower position) to 1 on a black key (i.e., crossing a short finger to a vertically higher position) a fairly significant vertical movement is required (at minimum of finger 4 -- a difficult proposition by itself -- if not the whole hand).

In the F# major case, all notes are at the same vertical height, so the lateral movements are much easier.