What is the function of this chord progression in Schubert's "Winterreise"? 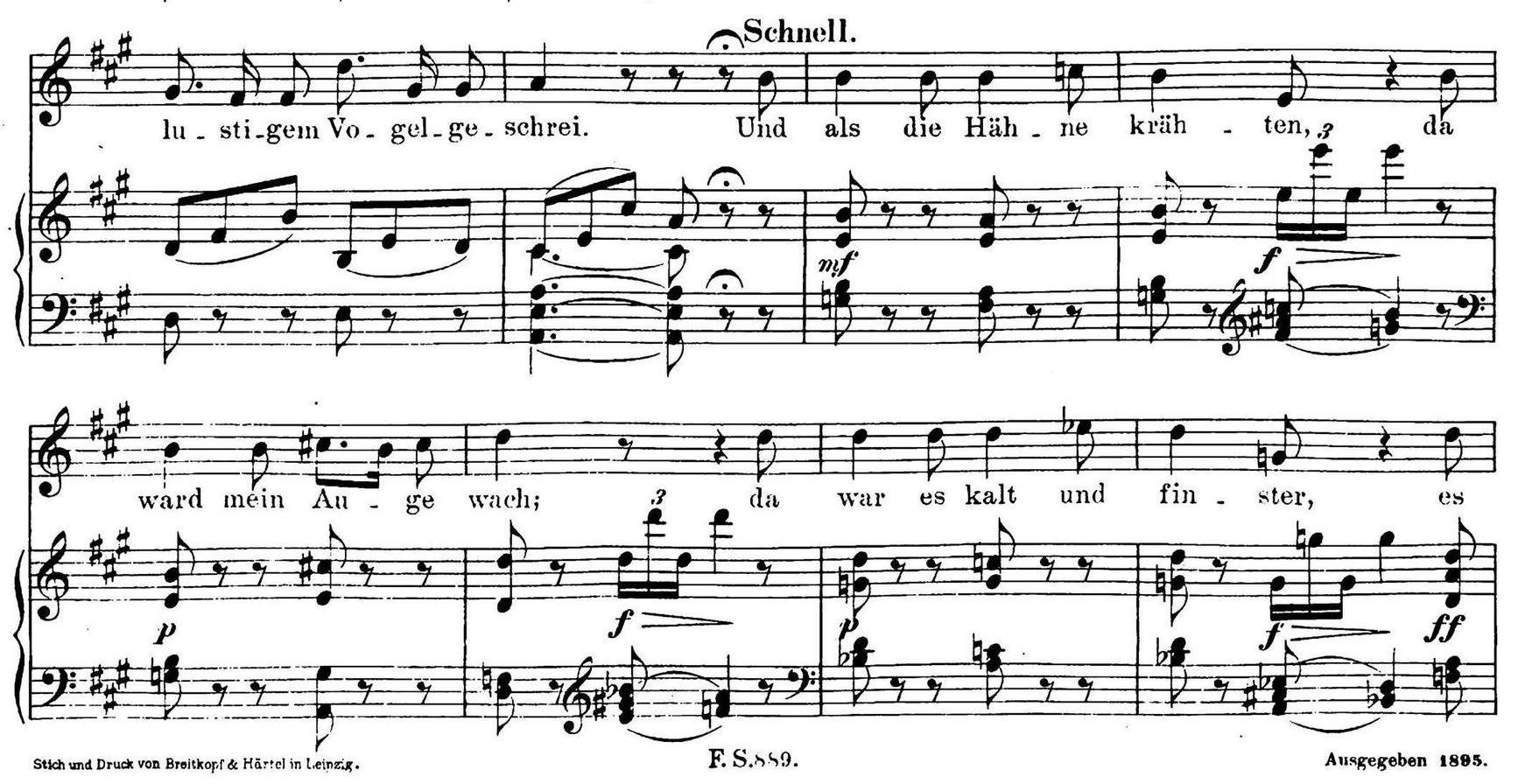 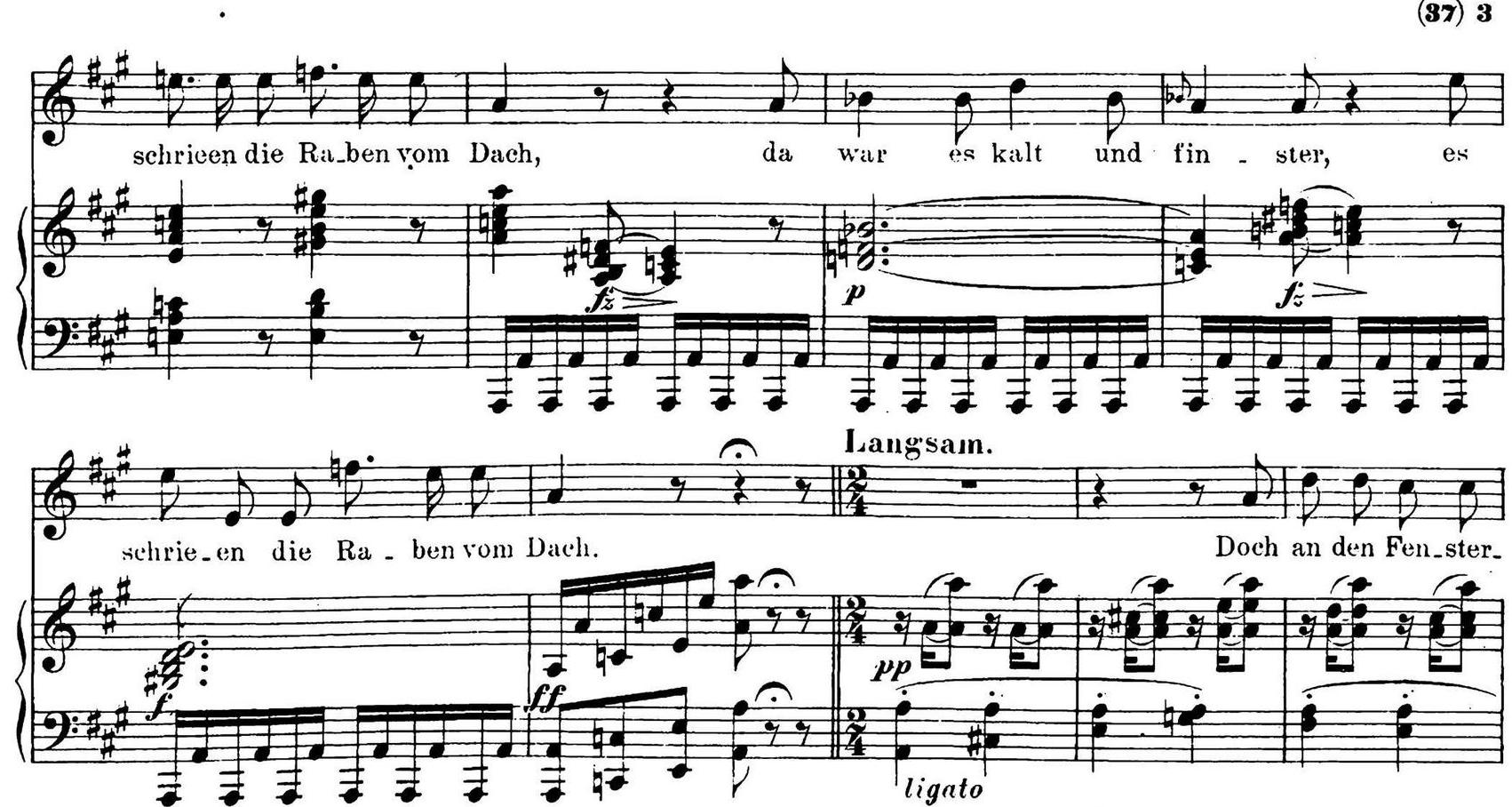 The passage ends in A minor, suggesting the tonality of A minor overall. This can also be heard in recordings of the piece, where the ending on Am sounds very definitive and conclusive.

But I have a hard time figuring out the functions of the many chords. There are a lot of inverted French augmented 6th chords, but how they relate to the bigger picture, and lead towards the A minor, is hard for me to tell. So the general movement towards the section resolving on the A minor before the next part starts at "Langsam" is very hard for me to analyse.

There's a lot going on in this excerpt. Here's a general answer, with some pointers to get more information if needed.

In broad terms, the passage is in A minor and breaks down in this way:

"iv/iv" is an applied chord, meaning "the iv chord relative to the iv chord". This is especially common in the case of applied dominant chords. See Confused on marking figured bass for modulating sequence for more.

Common-tone augmented sixth chords are a technique to expand a particular harmony -- in this case, E minor. They function in the same manner as common-tone diminished chords. For more, see A chord progression from Leavitt: how to analyze it correctly.

From measure 22, this entire segment occurs over an A pedal tone. The chords are analyzed according to the pitches above the pedal.

Not the answer you're looking for? Browse other questions tagged theory chords chord-progressions analysis or ask your own question.

18
What is a Neapolitan 6th?
3
A chord progression from Leavitt: how to analyze the diminished chord
1
Confused on marking figured bass for modulating sequence