Is my Yamaha guitar counterfeit?

I bought a new Yamaha Guitar and When you look inside the guitar hole it looks like the model number is written by hand. Can you please tell me if this one is a fake one or not? The number written on it cannot be found on Yamaha website.

I have attached a pic below. Thanks! 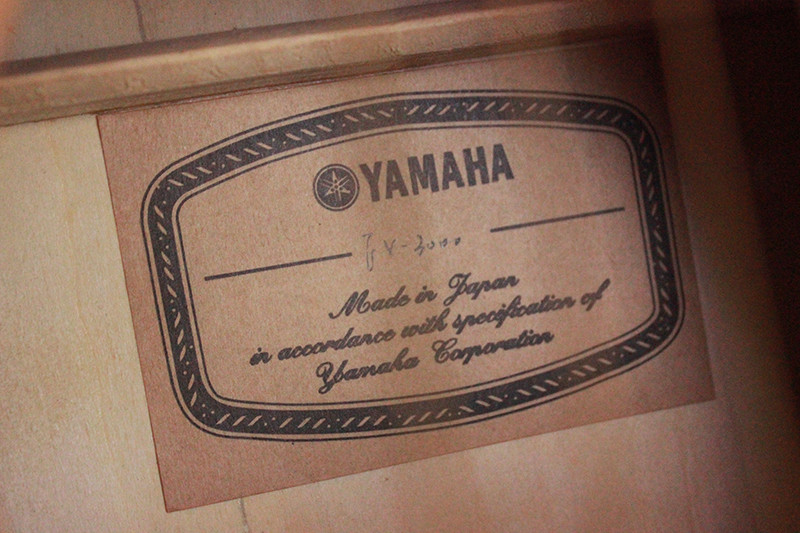 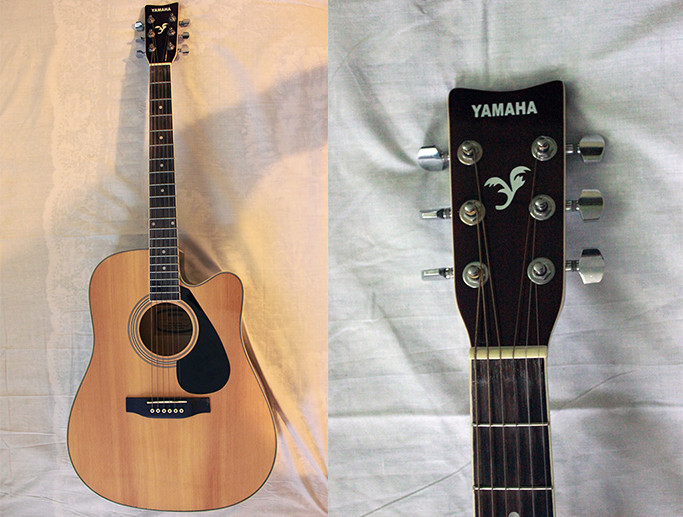 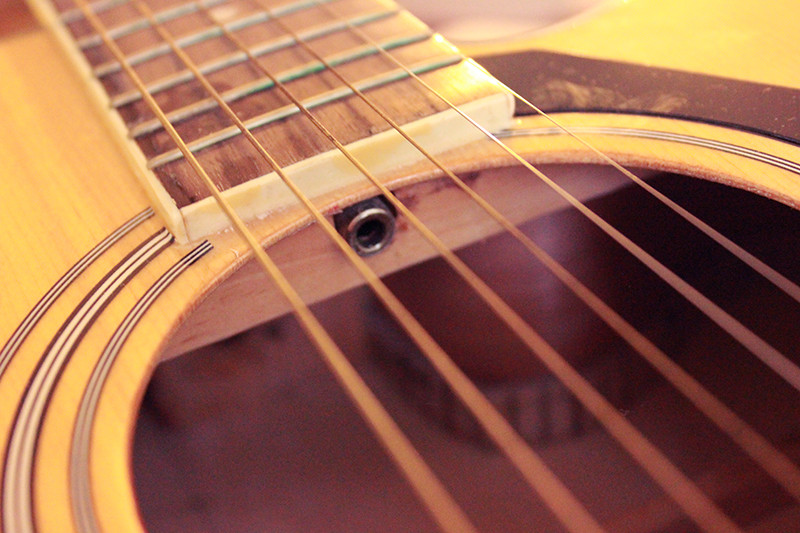 A few reasons I say this:

Here's the closest example I could find: a Yamaha FG-402. The sticker pattern has the same kind of border as the one you posted, but the sticker itself is shaped to the border instead of rectangular. 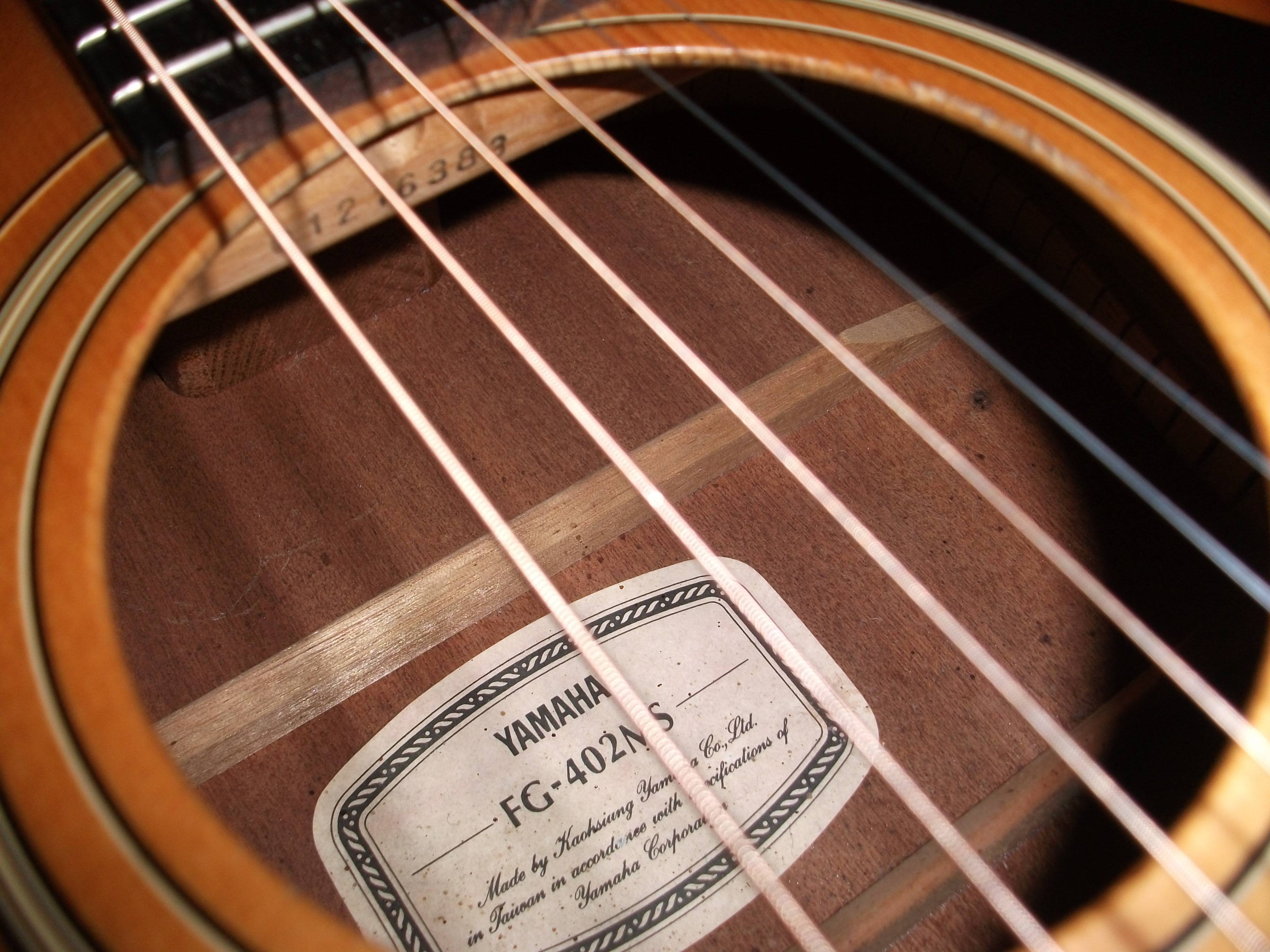 This image also clearly shows where you would find the serial number.

It also brings up something else. See the language used on the sticker in that picture:

Made by Kaohsiung Yamaha Co., Ltd.
in Taiwan in accordance with specifications of
Yamaha Corporation

Whereas your sticker appears to say:

Made in Japan
in accordance with specification of
Yanaha Corporation

Typos are a HUGE indicator for counterfeit merchandise.

After quickly looking over the other imagery you provided, I think the logo on the headstock in particular is quite suspect. I believe the "YAMAHA" wordmark is not in the correct typeface. If you compare it to the inside sticker (which in your case is probably a photocopy), the middle stems of the letter "M" are not supposed to meet the baseline in the proper wordmark, but on your headstock it does appear to. Also the other letters ("Y" in particular) look too wide to me. Every other genuine Yamaha guitar you ever see will have the same exact wordmark, in the exact same typeface.

The craftsmanship looks poor on the neck binding... This may be a chinese knockoff.

Not the answer you're looking for? Browse other questions tagged guitar acoustic-guitar instruments or ask your own question.

11
What indicators enable consumers to identify counterfeit guitars?
-1
I want to know about this guitar. it's real yamaha product or fake?

3
I bought a guitar transducer (external pickups). How do I mount it for the best sound?
18
Is the sound of a semi-hollowbody guitar significantly different from that of an equivalent solid body?
3
Correct or natural left hand position when plays tabs w/o marking finger number
8
What are the limitations for a guitarist with arthritis in his hands?
2
It's really hard to press my acoustic guitar strings and I can't figure out why
1
Guitar amplifier speaker replacement - different connector size
0
Right-handed newbie with dodgy left index finger tip (knuckle) - What to do?
4
steel-stringed acoustic guitar hurts my fingering hand; what are my choices?
1
Is there any information about this acoustic Ibanez artist model 2600 (70's) from my late father?
1
Optimal depth of guitar nut slots