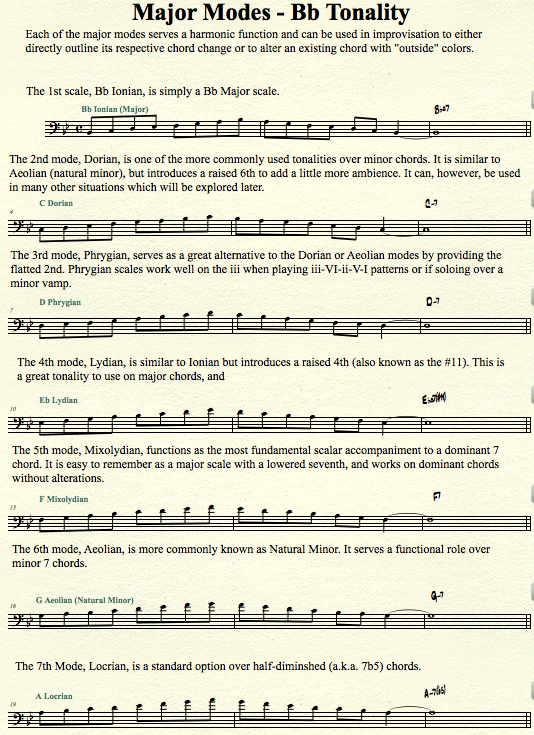 41
What are modes and how are they useful?

0
Ways to modulate from Lydian to the relative Mixolydian
9
When we play the C mixolydian mode, are we still in the key of C?
5
Why is it called Mixolydian #11 and not Mixolydian #4?
5
What is the name of that magical sound: a II chord in a major scale?
6
What set of notes can be used as a scale?
3
Chord-Scale Theory: Determine chord qualities
9
With modes, is 'tonic' still the appropriate term for naming the first note of the scale?