I like to make lead sheets of songs like this to learn to improvise from, condensing the published sheet music down to a single page with no turns. In working from my two copies of It's Only A Paper Moon I ran into this difference 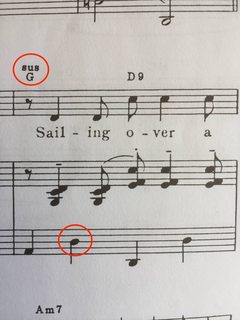 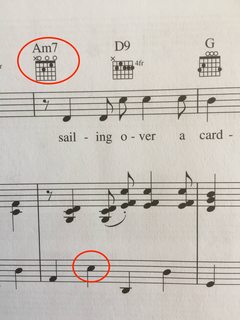 It's a subtle difference, but an interesting one. But who decided it? I can see the guitar chords being added by some editor, and I understand there are different chord choices to describe a given half-measure of notes. But are the notes themselves usually Harold Arlen's, or somebody else's? And who would have made that decision to change the bass note to fit their chord choice better?

The first source, The Harold Arlen Songbook, lists a David Bickman as the editor, and the second source The Great American Songbook - The Composers, doesn't list an editor, though both are published by Hal Leonard.

@Aaron is right in that arrangers and/or music editors hired by the publisher are responsible for the contents of sheet music. One thing to be aware of is that there is actually no exact formula for doing this and also no way of knowing how much input the actual composer had in the creation of the sheet music.

You have a recording/performance of a composition which the publisher decides to sell as sheet music. It is then arranged for piano/vocal (with the melody line usually included in the piano arrangement) then the chord symbols are added, usually with a guitar in mind, that may or may not match what is in the piano arrangement. Case in point: in your first example, the Gsus (or sus over G, that’s a new one!). Whoever wrote that obviously only looked at the right hand and saw G-C-D but didn’t bother looking at the root note in the left hand. Bottom line, the published sheet music can potentially be very different than the original source material. This holds true for songs that are days or decades old.

If you are looking to practice improvising I suggest rather than create your own lead sheets get yourself a good fake book (Sher has some excellent ones although there are many others too) or if you only want chords get the iReal app for a few bucks and download free chord progressions for songs in the forums. You can literally download hundreds at a time. They are not always completely accurate but they can be edited and transposed easily. The benefit to using one of these two methods is you will not have to decipher the old ways of writing harmony and chords in the early 20th century and you will get versions that are in line with how these songs are performed and played today.

Not the answer you're looking for? Browse other questions tagged chords history lead-sheets editions or ask your own question.

0
Four-chord songs with more than four chords
3
Notating Original Songs for Musicians
9
Who invented modal Jazz?
3
Chord chart - who plays what part
2
Who titled 'Tonic sol-fa' and Why?
6
Who Were Art Tatum's Influences?
5
Who decides how a historic piece is adjusted (if at all) for modern instruments?