I'm trying to create a "universal key" to learn more about the harmony and to be able to practice it easily in every key. Below is the intro for 'Bridge over Troubled Water'.

Generally, I see the harmony as progressing two keys upward the circle of fifths and then back to the main key. Some comments about my thinking:

My question is: is this analysis right? Any major errors, or minor ones? 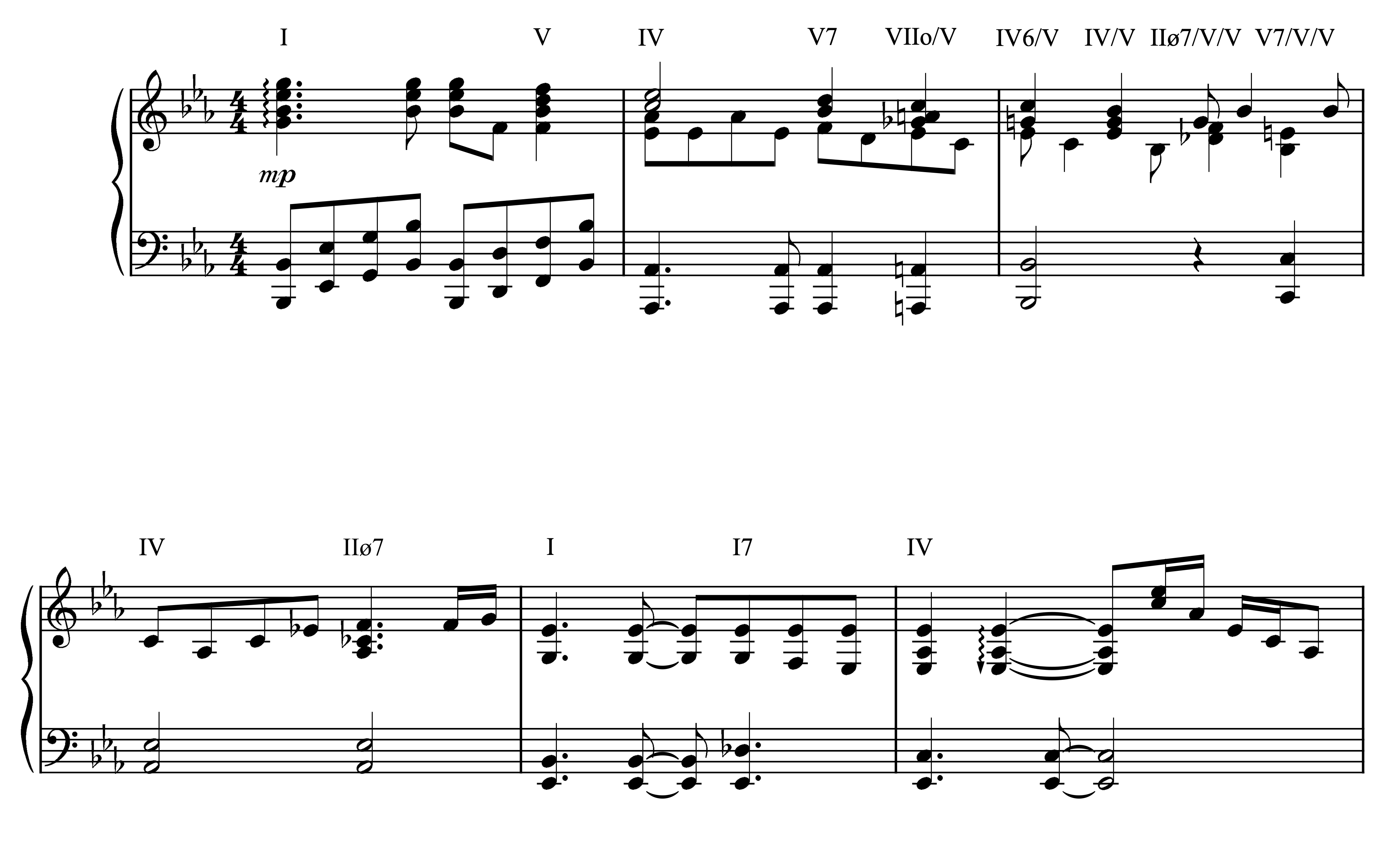 As a literal depiction of the chords, the analysis is fine and will allow you to transpose to other keys.

If a functional analysis is desired, I would do it this way (answers to your specific questions follow):

The chord here is a I chord in second inversion, with the C suspended from the previous chord. The suspension resolves on beat 2.

This one you nailed. In other language, this is a deceptive cadence (V - VI) in the key of ii (F minor), functioning also as IV in the main key. This is known as a "pivot chord": a chord which functions in two different keys simultaneously, facilitating a shift (a "pivot") from one key to the other — in this case, from F minor to Eb major.

Not the answer you're looking for? Browse other questions tagged analysis roman-numerals or ask your own question.

5
Labeling a dominant triad over subdominant bass
3
A chord progression from Leavitt: how to analyze the diminished chord